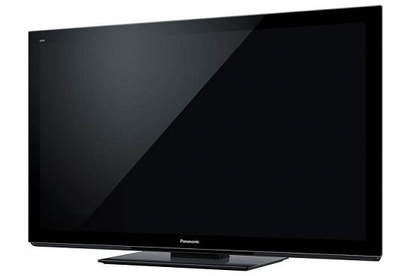 The Panasonic VIERA VT30 series looks like it's got some great picture quality upgrades over last year's model. Considering the jump in picture quality we saw between Panasonic's 2009 and 2010 TVs, we're optimistic about the VIERA VT30's abilities. We're concerned that the TV's VIERA Connect service won’t be as comprehensive as other manufacturers' IPTV offerings, though.

Panasonic's VIERA TH-P55VT30A and VIERA TH-P65VT30A make up the company's top plasma TV range, the VT30 series. These 55in and 65in plasmas should offer excellent picture quality — if the last two years' top Panasonic plasma TVs are any indication — and an improved IPTV and Web service called VIERA Connect.

Read about 2011 TV releases from Sony and Samsung.

According to the news that came out of CES this year, there'll be no 50in VIERA VT30, with only 55in and 65in models offered. The Panasonic VT20 from 2010 was available in 50in, 58in and 65in sizes. We would have liked to see a 42in model offered — not everyone has the space for a 55in TV in their house. We're expecting picture quality to be even better than last year's Panasonic VIERA VT20 plasma — which we thought had the best 3D picture quality of any TV in 2010 — due to advancements in Panasonic's plasma panel production and image processing.

VIERA Connect is Panasonic's new name for the IPTV and Web features of its VIERA plasmas and LED TVs. We don't know what IPTV services will be on offer in Australia yet, but to keep up with competitors Panasonic will have to include a movie streaming service like BigPond Movies on Demand, at least one major catch-up TV service like ABC iView, and possibly some linear streaming TV 'channels' a la BigPond TV. We do know that Web services du jour Facebook, Twitter and Skype will all be available on the Panasonic VIERAs. The biggest problem with Panasonic's VIERA Connect is that competitors Sony and Samsung will likely be able to offer more — Samsung has Smart TV and Sony has Sony Internet TV.

We'll know more details on the Australian price and release date for all Panasonic's 2011 plasma TVs in early April.