Panasonic VIERA GT30 preview: a 3D plasma with all the bells and whistles 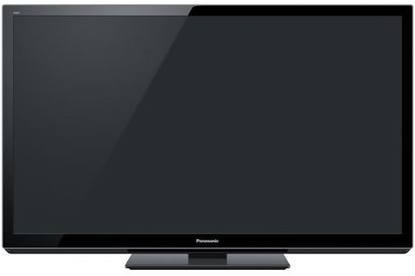 The Panasonic VIERA GT30 looks to have most of the same specs as the impressive VT30 series plasmas, but we're banking on it being a fair bit cheaper. Most TV watchers probably won't be able to tell the difference in picture quality between the two panels, and the VIERA GT30 has all the same VIERA Connect Web features as the VT30 as well. If it's close to what we're expecting, the Panasonic VIERA GT30 should be a good value plasma TV.

Like the VIERA TH-P50VT30A 3D plasma, the Panasonic GT30 series is one of the company's top plasma TVs. It's got a high quality panel — though it's not as highly-specced as the VT30's, missing out on the Pro moniker for its Infinite Black 2 panel — and all the Web features that you'll find on Panasonic's best.

Read about 2011 TV releases from Sony and Samsung.

The GT30 has most of the picture quality enhancements that the top model has — it's a 600Hz-equivalent plasma panel with THX certification that can handle Full HD 3D playback, although no glasses are included with the TV. It does miss out on 24p playback compatibility, which means Blu-ray films might not look as smooth and cinematic as on the VT30. Otherwise we have no reason to doubt its abilities when it comes to playing Full HD content — if its 2010 equivalent, the Panasonic VIERA V20A, is any indication it'll be an excellent performer and good value to boot.

VIERA Connect is Panasonic's new name for the IPTV and Web features of its VIERA plasmas and LED TVs. We don't know what IPTV services will be on offer in Australia yet, but to keep up with competitors Panasonic will have to include a movie streaming service like BigPond Movies on Demand, at least one major catch-up TV service like ABC iView, and possibly some linear streaming TV 'channels' a la BigPond TV. We do know that Web services du jour Facebook, Twitter and Skype will all be available on the Panasonic VIERAs. The biggest problem with Panasonic's VIERA Connect is that competitors Sony and Samsung will likely be able to offer more — Samsung has Smart TV and Sony has Sony Internet TV.