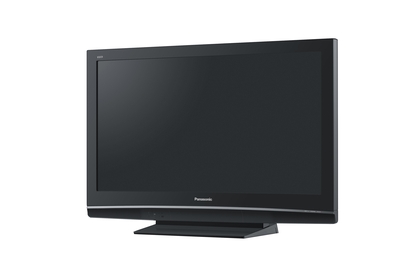 Panasonic's Viera TG-42PX8A is a stunning television and is definitely one of the best 720p units on the market right now. Its image quality is excellent and it performed well across a broad range of sources including HD, SD and PC.

When any product has the number 1,000,000 in its specifications, it's enough to make us sit up and take notice. In this case it is Panasonic's latest plasma screen, the TH-42PX8A, which has a quoted dynamic contrast ratio of 1,000,000:1 (15,000:1 native ratio). While that particular figure is a little hard to swallow, there's no denying this is a great panel. It has all the features you'd expect from such a unit including 24p playback and 100Hz technology, as well as some nifty bonuses such as an integrated electronic program guide.

While there is an increasing trend towards full high definition (1080p) screens, Panasonic still chooses to give the 720p market plenty of attention. The TH-42PX8A has a native resolution of 1024 x 768, although it can happily play 1080p content scaled-down. A full 1080 lines of horizontal resolution will provide a better picture in most cases, but on a 42in screen the difference is fairly negligible and we were extremely satisfied with this display's image.

It produced one of the smoothest, most refined pictures we've seen to date in our high-definition tests. A lot of modern panels producing crisp, razor-sharp images; however, the TH-42PX8A takes a slightly more laid back approach, with a softer, more cinematic style that looks fantastic. That isn't to say it lacked definition: everything looked sharp and clear with plenty of detail and no noticeable aberrations.

This was backed up by impressively low noise levels. One of our main tests is the film Transformers which, while an impressively authored film, is also quite grainy at times. However this display did an admirable job keeping noise to a minimum, presenting a clean smooth picture throughout our testing. Fast motion was handled beautifully, with or without the 100Hz function activated. There was no noticeable blurring; everything was clean and fluid.

As mentioned earlier, a big deal is being made of the contrast ratio on this unit, but we couldn't really see what all the fuss was about. On the bright end of the scale things looked great, with vibrant, accurate colours that looked good even under strong ambient light. However, there was still a fair amount of detail lost in dark areas. Black levels were quite impressive; they looked good under most conditions although had a slightly blue tinge at times. We'd still give the edge to the Pioneer plasmas in this regard, but the blacks are certainly better here than on Panasonic's last generation.

We were also impressed with the TH-42PX8A's standard-definition performance; 720p panels tend to do a better job of this than 1080p units as less scaling is involved. We ran our normal test using the lobby scene from The Matrix and spotted no scaling aberrations or artefacts. This is another noisy scene, but once again graininess was kept to a minimum.

The TH-42PX8A is also well suited to PC connectivity, which is a rarity for a plasma panel. We connected via D-sub and got a perfect 1024 x 768 picture instantly. There was some flickering and noise, but that is standard over VGA and you can use an HDMI cable instead if your PC is capable.

Other features of note include the built-in seven-day electronic program guide and the Viera link technology, allowing other Panasonic devices to be controlled through the TV remote. It has two HDMI ports for HD connectivity, along with the usual array of component, composite and optical connections.

The TH-42PX8A is fairly utilitarian looking. Although not as attractive as some of the sleek, curved black units from other companies, the design does the job and will fit nicely in most modern lounge setups.