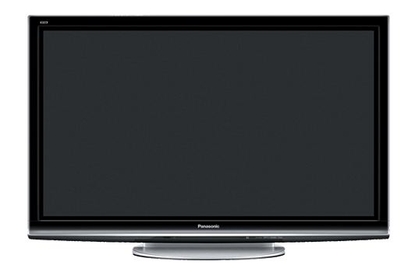 The Panasonic TH-P50G15A plasma TV offers up the seemingly enticing prospect of integrated Web access through a wired Ethernet port. If you have one of many digital video devices that already do this, you might be better off saving some cash with Panasonic's cheaper G10A plasma TV.

The Panasonic TH-P50G15A is a well-designed, 50in plasma television offering great picture quality, but its access to Internet sites including YouTube, Picassa and Bloomberg’s stock, business and weather reports wasn't as groundbreaking as we’d anticipated. Nonetheless it remains a good quality plasma television for the right buyer.

The G15A series adds an Ethernet networking port so you can access selected Internet sites using your home network. 'Viera Cast' is Panasonic's name for the new Internet features on the TH-P50G15A plasma TV. Connecting through an Ethernet port and using either the automatic or manual IP address configuration, you can browse YouTube videos, Picasa Web Album picture slideshows and peruse stock, business and weather forecasts through the Bloomberg service using the Viera Cast service.

The system works well with intuitive and simple controls, and it isn't noticeably slow or laggy. The YouTube videos are shown at full-screen size where appropriate. As expected standard definition YouTube videos showed in poor quality with compression artifacting and blockiness, but YouTube HD's 720p high-definition videos were smooth and detailed in full-screen mode. In our tests the Picasa Web Albums functionality was easy to use and the images displayed were of high quality, although we would have preferred the equally popular Flickr to also be included as a photo browsing service. The Bloomberg service is good for checking stock and business news, but in our tests the weather service’s forecasts were not very accurate (but hey who can get the weather right?).

The Panasonic Viera Cast system is well implemented but we have to question its value add at a cost of $200 over the G10A. For the additional cost you could put it toward a Blu-ray disc player (which may have YouTube access, like the LG BD390), a wall mount or an extended warranty — a more worthwhile expenditure in our opinion.

Nonetheless our tests show that the Panasonic TH-P50G15A is a good all-round plasma television. It has the same excellent picture quality as the TH-P50G10A and the current Internet access features may be useful to some users — even though we think they're not great value with the present offerings.