We get our hands on Panasonic's latest Travel Zoom compact camera, the LUMIX DMC-TZ30 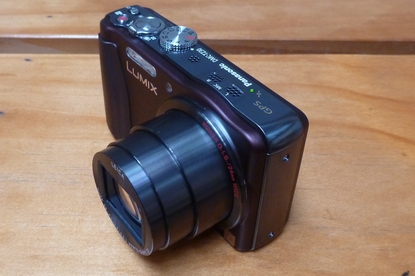 We got a chance to use the Lumix DMC-TZ30 around Norfolk Island in a limited hands-on session, courtesy of an all-expenses paid trip by Panasonic. We were blessed with mostly sunny weather on the trip, but we did also experience some rain, heavy cloud cover and mist, allowing us to put the TZ30 to the test in a variety of conditions.

The Panasonic Lumix DMC-TZ30 is the successor to the Lumix DMC-TZ20 at the top of the company's Travel Zoom product range and it will go on sale in Australia during April with a retail price of $499. It has a 14-megapixel MOS sensor in it, along with a 20x Leica zoom lens that can shoot from a wide angle of 24mm, and which has a super-zoom range of 480mm. Panasonic says the lens is the slimmest in its class and that the TZ30 is lighter than the TZ20 — all we know for sure is that it wasn't uncomfortable to carry around in a pants pocket for a few hours in a row.

The TZ30 is a versatile camera because of its long range, which allows you to capture very distant images at a big size and with good details. The quality of the images taken at maximum zoom will depend on the available light as the camera won't be able to use its widest aperture. Instead, it will have to compensate with a slower shutter, which could cause some blur, or with a higher ISO speed, which could introduce lots of noise. Furthermore, heat haze could also make objects look poorly defined. We're pleased with the results that we saw when using the camera in bright daylight though. We think the camera will go well when used to capture details in tall buildings, for example. 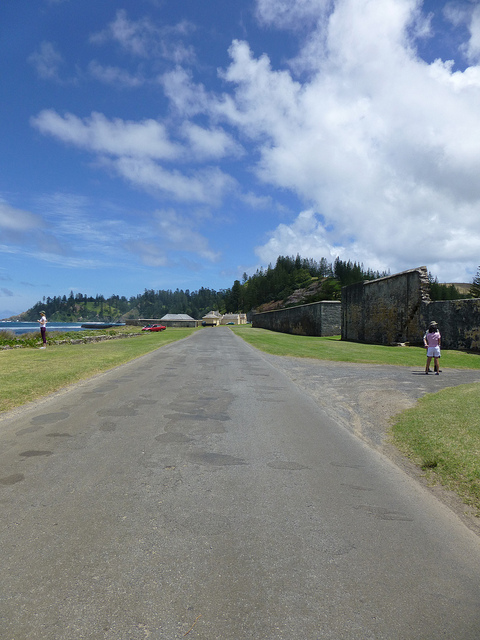 This shot was taken at the wide, 24mm angle. You can barely make out that there is a green car in this shot. 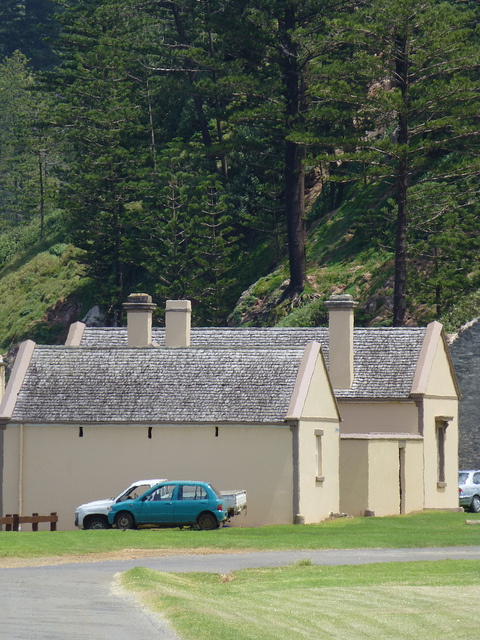 At 480mm, the car and the buildings show up relatively clearly with the exception of some heat haze.

Even though the camera has a huge lens, we didn't notice too much distortion in the shots that we took, although we'll have to take a closer look at this once we get to play with the camera for a longer period of time.

As for colour reproduction, the TZ30 looks to be capable of capturing vibrant images that should "pop" off the screen, especially if taken on a sunny day, and the camera handled most exposures very well, but did struggle at times during overcast conditions. There are plenty of scene modes you can choose from to help you get the shot you're after, including an HDR (high dynamic range) mode, which takes multiple exposures and overlays them in a single image to bring out details across the board. 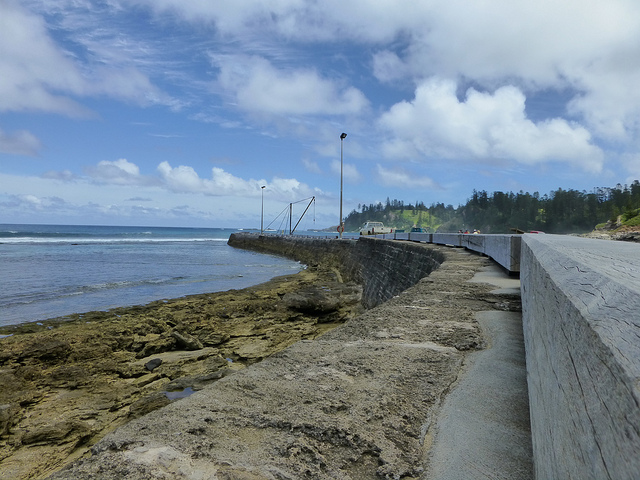 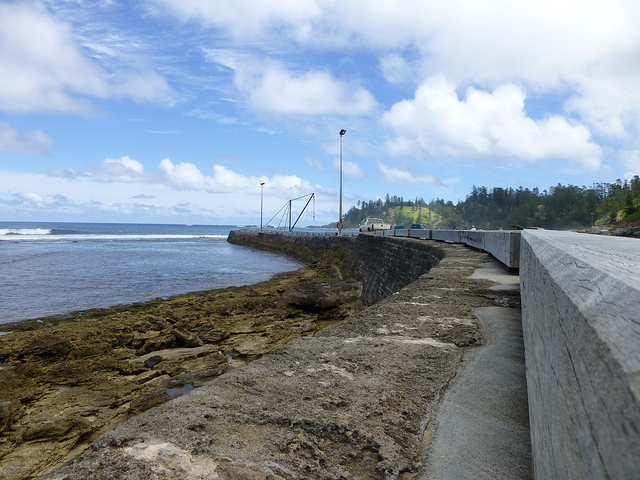 We then used HDR for the same scene. You can see that there is a slight change in luminance. This mode won't replace manual, multiple exposure, post-processed HDR techniques if you're into that sort of thing, but it's a nice little feature for those of us who aren't very good at editing photos on a computer.

One of the scene modes that we think everyone will get a kick out of is the sweeping panorama mode. It's simple to use because the camera does most of the hard work (that is, the stitching) on its own; all you have to is pan the camera. We were practically able to get a 360 degree shot when using this mode and the resulting quality was more than pleasing. Because multiple shots are taken at a rapid rate and then overlapped to form one long image, moving objects can sometimes get cut off, which can either be a hilarious result, or a ruinous one.

The resolution of this panorama image is 864 pixels high and 7200 pixels wide. We recommend viewing it in full on Flickr. You can make out only some very faint vertical lines where the images were joined, and some "cuts" where objects or people were moving. Vertical panoramas are also possible.

We found the performance of the Lumix DMC-TZ30 to be swift when focusing and taking shots in rapid succession, and we only made the camera crash once when trying to bring up GPS information for a photo. When enabled, the GPS function will record the coordinates of each image and show you where they were taken on the built-in map. 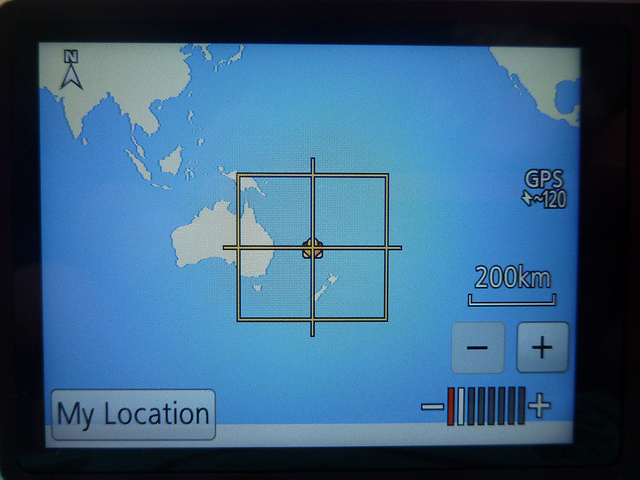 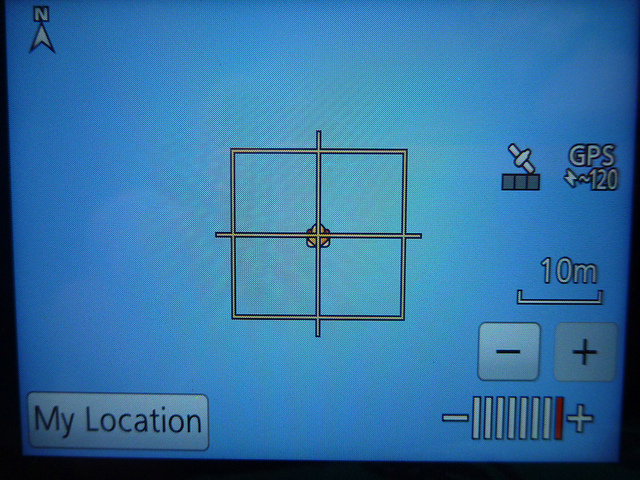 The camera appeared to get the coordinates correct, but, unfortunately, Norfolk Island didn't appear on the map when we zoomed in on it.

Physically, the Lumix DMC-TZ30 feels good in the hand and has a logical control structure. Like the DMC-TZ20, it has a touch-enabled screen, which allows you to swipe photos during playback, and to point at the screen to focus and capture images without pressing the shutter button. It can be an annoying feature, especially if you're used to constantly wiping the screen to keep it clean. The 3in, 460000-dot LCD screen itself can be hard to view in bright daylight (like many other camera screens on the market), and it's in a fixed position.

Overall, the Lumix DMC-TZ30 looks to be another four-star travel camera from Panasonic, at least, but we won't know until we spend more time with it. Its image quality at the pixel level is quite clear for a compact camera, it captures vibrant colours, it's very easy to use and its lens is one of the most versatile you will find, whether you want to use it for macros while getting within a few centimetres of your subject, or to bring objects in the distance close to you. However, it can struggle with dynamic range if the lighting conditions are too tough and you're using automatic modes, with chromatic aberration becoming noticeable. 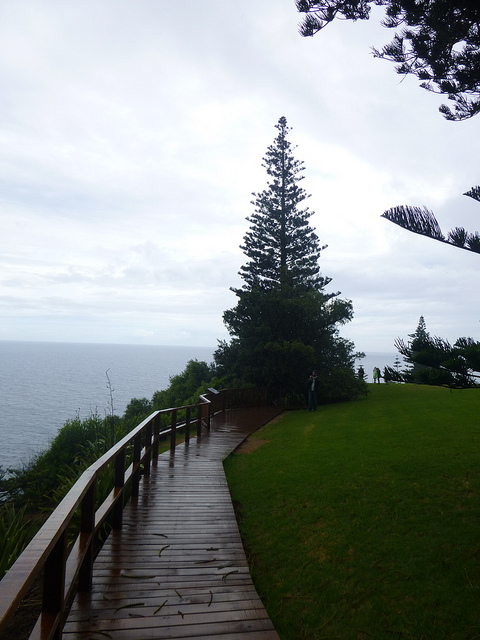 This image was taken in program mode. You can see that the scene isn't badly overexposed apart from some blown highlights, but the tree branches are a little unattractive thanks to noticeable chromatic aberration at the high contrast areas.

The author of this hands-on review was a guest of Panasonic's on Norfolk Island, where he got to road test the company's 2012 digital camera and camcorder models.