A Micro Four Thirds camera that can supply clear and vibrant results, but it isn't great for motion pictures The PEN Lite E-PL3 isn't a camera that will blow you away, but it does have a lot of good points: what you see on its LCD screen is what the camera will capture, it performs well in low-light environments and its image quality is very good. However, its video quality is wobbly, its physical controls aren't great and it sometimes missed intended focus points.

The PEN Lite E-PL3 is a Micro Four Thirds camera that's aimed at users who want a simple, yet highly capable interchangeable lens camera that can be used effectively in either automatic or manual shooting modes.

What you get is a 12.3-megapixel LiveMOS sensor, which sits behind a mount that can accept any Micro Four Thirds lenses. We tested it with an Olympus Digital 14-42mm lens, which has a 35mm-equivalent range from 28mm to 84mm. It's a capable lens for portraits and scenery, but you might want to get a nice wide angle prime lens and a longer zoom lens to go with it.

In our tests, the camera captured rich, vibrant colours and did a mostly fine job in calculating the proper exposure on its own. The clarity of photos was good, but not super-clear when we examined the photos at their native size. You can produce large print-outs without worrying about this though.

We used the semi-automatic aperture priority and shutter priority modes for most of our tests; only in the most difficult of lighting conditions did the camera blow out highlights or underexpose a scene and for the most part it performed very well. We found the focusing performance to be a little off though. It sometimes took many attempts before it would automatically focus on the portion of the image that we had in mind — but sometimes it just couldn't. This could be remedied by changing the focus point manually.

Because the camera doesn't have a built-in eye-piece, it's very difficult to take photos while out in bright sunlight. We found that most of the time we couldn't properly see if what we were shooting was in focus and how well it was framed. The 3in screen tilts, which helps a little as it allows you to keep the camera closer to your body and shade it while shooting. An electronic viewfinder is an option for this camera (VF-2), and we'd consider buying it for use outdoors. 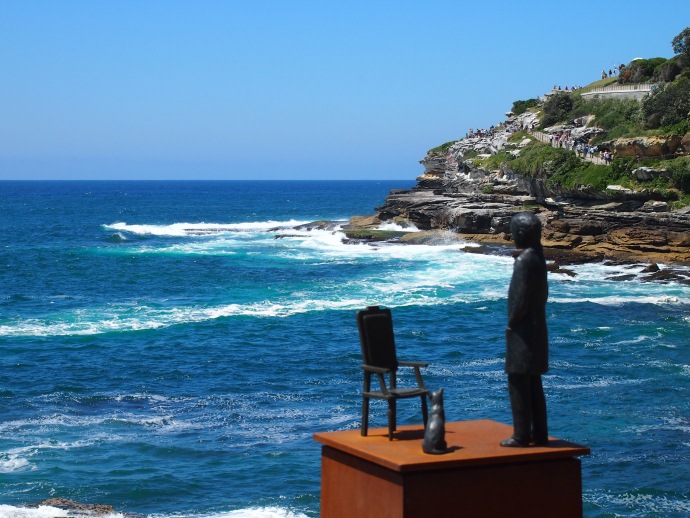 Not being able to see the screen clearly in bright light can make it hard to tell if your intended subject is in focus. In this case, ours isn't.

When you can see what you're shooting, you'll find that the LCD shows you exactly what will be captured to the memory card, even when you use manual mode. This makes it a good camera to choose if you want to learn how to manually control the exposure; you will be able to see, at a glance, what the picture will look like before you take it. Some cameras, such as the Panasonic LUMIX G3 don't do this; instead, they show you a nice bright picture on the LCD all the time and only once you've snapped it do you notice that the exposure was wrong. In addition to the live luminance changes that are shown, you can also keep an eye on the exposure meter in the bottom-right corner of the screen. You can also capture your photos in RAW format so that you can then edit them extensively if you completely get the exposure details wrong.

The speed of the camera felt swift during our tests, particularly shot-to-shot performance, but focusing wasn't always great when left to its own devices. It was very fast to focus and its tracking was accurate, but in static shots it often focused on the wrong area. As we mentioned earlier, we had to manually change the focus zone in order for the camera to capture our intended target clearly. By default, you can't select an individual focus point, only a section of six to nine points. You have to press the 'Info' button while in the focus point selection screen to change to a single focus point. We wish this process was a little easier. Furthermore, we wish that the camera had a dedicated button for changing the ISO speed, instead of making us go into the menu to change it.

In low-light conditions, the PEN Lite E-PL3 is quite good. It can use a relatively high ISO speed without the quality of the image becoming too degraded. Combined with image stabilisation in the body and a low shutter speed, you can get some decent shots indoors or when the weather is overcast. 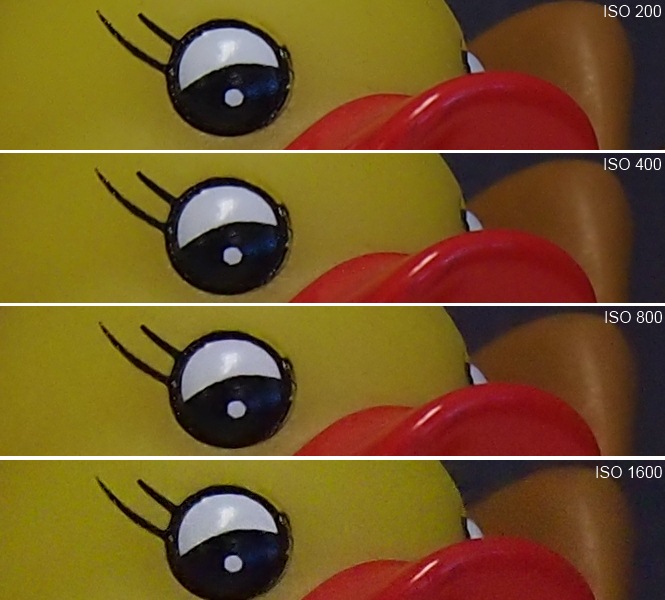 The PEN Lite E-PL3's ISO performance: up to ISO 800 it's still quite clear, but after that noise and a lack of definition become more noticeable.

While its stills quality is great, video quality is a mixed bag. Images are captured clearly when there is no movement in the camera, and the autofocus while shooting videos is good, but if you move the camera even slightly, the image will wobble. If you move the camera too much while filming, then this can be a nauseating effect. To capture videos, you don't have to change modes, simply press the record button that sits above the area where you rest your thumb.

An example of video shot with the PEN Lite E-PL3, which shows the wobbly effect. "Look at him go, bro, ohhh".

Physically, the PEN E-PL3 is a little different to the flagship PEN E-P3 camera in the Olympus Micro Four Thirds range. It doesn't have a handgrip, the screen doesn't have touch capabilities and the layout of some of the features, such as the focus assist lamp, is different. The controls on the back are also different to the flagship camera and they aren't great. There is a ring over the controls that can make them difficult to press and the 'Info' and 'Menu' buttons are almost recessed into the body.

The menu system for commonly-used features comes up when you press the 'OK' button and it allows you to change ISO, white balance, focus mode and other settings quickly by pressing the up and down buttons and then rotating the ring. It can take a little time before you get used to exactly how the controls work (that is, when you have to press, and when you have to rotate the ring to change a setting).

While there are some things about the Olympus PEN Lite E-PL3 that could be better, such as its physical controls, its video performance and auto-focusing accuracy, it's nevertheless a good camera that can capture vibrant and clear photos. It can be used effectively in auto mode and it even comes with great art and scene modes to try out.

To see sample images that we took with this camera, visit our Sculpture by the Sea gallery.