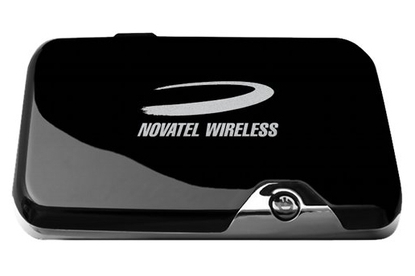 It's expensive, has limited battery life away from the mains and its build quality suggests something a little cheaper. Yet this Novatel Intelligent Mobile Hotspot MiFi 2352 is a 3G-cum-Wi-Fi micro-router that works superbly, bringing online connectivity with the help of a 3G SIM card to anyone with a Wi-Fi laptop. If you need effortless and wire-free connectivity away from the home or office, this little device could become an indispensable joy.

The Novatel Intelligent Mobile Hotspot MiFi 2352 is a totally wireless 3G modem that shares its connection like a Wi-Fi router. Sold exclusively through Internode in Australia, the MiFi is $349 outright or $299 when bundled with a 24-month Internode data service. We'll have an review up shortly that includes the MiFi's performance using Australian telcos' networks, but for now here's the assessment of our UK colleagues.

We've seen wireless routers before with '3G failover', so that if your main broadband connection is down you'll have a 3G backup. But the Novatel unit here survives purely on a diet of 3G wireless, distributing its online connection via Wi-Fi to nearby computers and other networkable gadgets.

The Novatel Intelligent Mobile Hotspot MiFi 2352 allows up to five 802.11b/g wireless appliances to share one wireless 3G connection; or it can also be used wired to one PC via USB, just like a conventional 3G dongle.

A microSD card slot - with a 2GB card already inside - means it also has the makings of an elementary NAS drive, accessible by wireless clients through a web browser interface. When used wired, the microSD card mounts like a normal USB mass storage volume.

But this is no fit-and-forget indoor solution - the Novatel Intelligent Mobile Hotspot MiFi 2352 is a portable device with an onboard rechargeable battery, and is actually smaller than most mobile phones.

The Novatel Intelligent Mobile Hotspot MiFi 2352's primary purpose is to create temporary wireless hotspots, useful for business meetings or trips away from home, especially when you need to get more than one computer online.

It worked well to enable internet connectivity for a laptop while commuting on the train, for instance, with the Novatel Intelligent Mobile Hotspot MiFi 2352 tucked into a jacket pocket, and no clumsy dongles hanging off the surfing notebook.

Once setup, you join the Novatel Intelligent Mobile Hotspot MiFi 2352's wireless network as you would any wireless network, after presenting your password credentials. Initial setup is through the typical web browser interface, where you can set up such niceties as MAC address filtering, VPN passthrough, and security up to WPA2 level.

Listed in the specs is GPS location services, but this only refers to the potential for a third-party developer to access the facility. At present this function is not put to any use.

We found the Novatel Intelligent Mobile Hotspot MiFi 2352's 802.11 wireless range impressive at around 15m indoors, through walls, and this proved useful in placing the unit upstairs for best 3G reception, while we connected over 802.11g downstairs.

But this Novatel Intelligent Mobile Hotspot MiFi 2352 is a portable gadget, which suffers the usual problems of battery life. Its little 5.7Wh lithium battery is good only for around three hours use; less, we discovered, if more than one client is connected at a time.

Once the battery is flat, you'll either have to charge the Novatel Intelligent Mobile Hotspot MiFi 2352 via an included mains adaptor, during which time the unit is still thankfully usable wirelessly; or you can plug into a USB port, when the 3G connection becomes a solo link again.

We also noted that charging via a single standards-compliant USB port is never completed to the point of the multi-colour LED showing a full charge.