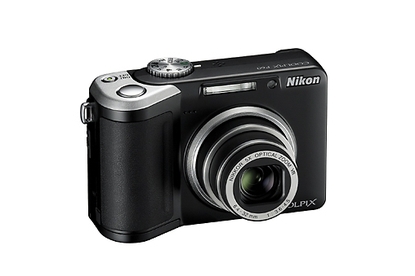 Nikon's CoolPix P60 is a good all around enthusiast compact which packs in a basic manual shooting mode with good image quality and a fairly petite design.

Carrying an 8.1-megapixel sensor and a manual shooting mode, Nikon's latest advanced camera, the P60 is a pretty good unit for more experienced photographers. It captures reasonably impressive images and packs a 5x optical zoom as well as image stabilisation into a compact body, while still retaining a reasonably full feature list.

8.1 megapixels is about middle of the line in today's ranges of cameras but nonetheless the P60 performed admirably in most of our image quality tests. Its shots were extremely sharp and crisp, and at times exhibited resolution and detail that we'd expect to see from a 10-megapixel unit. Imatest picked up a little over-sharpening, but it wasn't too problematic for the most part.

Chromatic aberration issues, however, were noticeable, particularly in our outdoors shots. There was extremely prominent purple fringing on the outlines of tree branches and it even extended to surround people in some shots. Meanwhile indoors there was strong haloing in our high contrast test charts.

Image noise was a little higher than normal. Even at ISO 100 our shots did show signs of graininess in areas of block colour, but it was at tolerable levels. It wasn't until ISO 800 when we began to see detail loss due to noise and even then the graininess were quite fine. Still, we'd recommend sticking to ISO 400 or below for most prints.

Colours were accurately reproduced, particularly reds and blues which were rich without being too strongly saturated. Imatest revealed some minor inaccuracies in the yellow spectrum but even then it wasn't too severe. The P60 has both manual white balance and a host of colour modes (standard, soft, vivid, more vivid etc) allowing you to more precisely tailor the image to your tastes.

In our speed tests the unit was a little sluggish. Its shutter lag was around 0.1 of a second and it took 2.8 seconds to start up. Similarly shot-to-shot time was rather slow at 2.7 seconds. Fortunately the burst mode is speedy, capturing three frames per second.

As with other advanced cameras the P60 offers the usual control over aperture and shutter speed; however, it lacks the standard priority modes found on some other models instead just bundling it all under the manual shooting mode. Image stabilisation is also included, although it's only sensor based. Still it does a fairly good job at reducing the impact of handshake. Face detect and a variety of focus and metering options round out the feature set.

Design wise the P60 is very nice. We were pleased to see Nikon hasn't abandoned the viewfinder altogether like many other companies although it is positioned strangely in the top left corner. The body itself is constructed of black metal with a rubber padded right-hand grip and it feels quite sturdy as well as being comfortable to hold. While it isn't the most stylish unit on the market it looks quite professional.