Nikon CoolPix L22 review: It may be basic, but this Nikon camera can take clear and vibrant pictures Nikon's CoolPix L22 is an inexpensive compact digital camera that is suitable for anyone who is new to photography and wants something small and convenient to use. Most importantly, it can take clear and vibrant pictures, as long as there is enough light. In fact, we're very impressed with its image quality considering its low price point.

Nikon's CoolPix L22 is a fully automatic digital camera with almost no scope for customisation. Despite this, it shouldn’t be dismissed as another run-of-the-mill point-and-shoot camera — it has actually got a very good sensor inside. The Nikon CoolPix L22 can capture very clear photos with accurate colours.

It's a 12-megapixel camera with a 3.6x zoom lens that has a focal range of 37-134mm (35mm format) and an aperture range of f/3.1-6.7. It’s not a super-zoom, so you won’t be able to get too close to distant subjects, and its 37mm wide angle is also not as wide as many other point-and-shoot cameras on the market (such as Nikon’s own CoolPix S640, which has a 28mm lens). But it's an inexpensive camera, so you can't expect too much out of it. Its relatively short focal length means that pictures won’t suffer too much from lens distortion — straight lines at the top and bottom of an image taken at 37mm will look slightly curved.

The controls of the Nikon CoolPix L22 are typical and the camera is easy to use overall. However, it’s a little annoying that you can’t press half-way down on the shutter button in order to get out of playback mode and quickly take a shot. Because it’s an automatic camera, there is no manual mode, nor even a program mode. You get auto, easy auto, as well as a large variety of scene modes to shoot in. You can’t change the ISO speed, nor manipulate the shutter and aperture, but you can manipulate the flash, adjust the white balance manually, adjust exposure compensation and switch from single to burst mode shooting.

Focusing is done automatically, too, but you can change from autofocus to face recognition, and in this mode the L22 can actually take photos automatically when a recognised, in-focus face smiles. We found the auto-focus to be hit-or-miss in a lot of close-up shots and oftentimes it would pick up the background rather than the foreground object. Close-ups require you to be between 5 and 10cm away from your subject — you can’t get in nice and close and almost touch the lens to the subject like you can with other compact cameras.

The camera is big enough to hold comfortably. It has a built-in vibration reduction technology that can automatically increase shutter and ISO values if it detects movement, but you’ll still want to make sure that you keep the L22 as steady as possible and shoot in plenty of light. 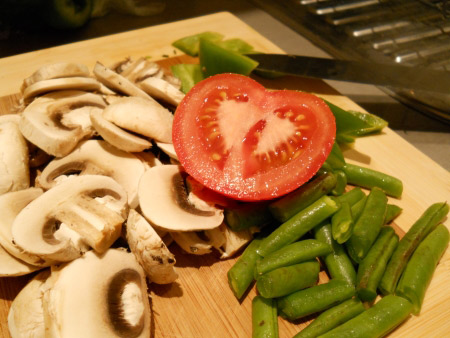 This handheld photo was taken with a reported shutter speed of 1/30sec and an ISO value of 320.

We were able to get fairly crisp shots in indoor conditions using only down-lights; shots using a shutter speed of 1/15sec were clear, but once the shutter slowed to 1/8sec, images looked blurry. There is no way to change the shutter speed, so the camera will select this automatically for you depending on the amount of light. It also won’t bump up the ISO too high, which means that pictures won’t end up looking grainy or discoloured. In our slowest 1/8sec shots, the camera used an ISO of 500, while in our 1/15sec shots, it used ISO 400. 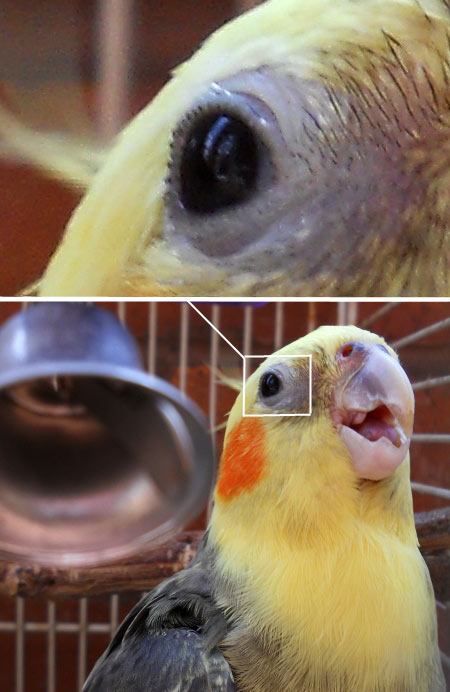 This is what a picture will look like close up if you crop it 100 per cent. You can see that while it’s not very crisp, there is still enough clarity to make out the details of the photo. It also doesn’t suffer from purple fringing.

The CoolPix L22 has a high quality lens; as we mentioned earlier, distortion isn’t a problem, and nor is chromatic aberration. There is only slight softening around edges; detail is good enough that you can crop images to half or a third of their size and still print them out without the pixels looking big and blotchy. The colours out of the camera are also accurate and not overdone. You might need to add some contrast to them during post-processing, but not too much.

We noticed a little quirk with the built-in Panorama stich-assist mode. Using one of our 4GB SD cards, whenever we changed to this mode, the camera would freeze. It would do this every time with that particular 4GB card, yet would not do it with another 2GB card that we used. When we compared their contents, we found the only difference to be some large files we’d on the 4GB card that we shot with another camera. When we deleted these files and tried again, the Panorama mode worked. This mode won’t actually do any of the stitching for you, but it will display an overlay on the screen so that you can line up your shots easier.

In the end, we have to say that Nikon’s CoolPix L22 isn’t anything special, but it’s definitely capable of taking some crisp and accurately coloured photos. It’s the type of camera don’t have to think about using — just point it and take the picture — and it performed well indoors as well as out. For $149, you can't go wrong with it.