Alhough a capsule based coffee concept like Nespresso won't suit everyones tastes or budget, there is no denying it's a quick and easy solution. If you're in the market for a Nespresso machine, the Nespresso U should be at the top of your list. It's a very competitively priced machine with a unique, space saving design that's effortless to use. Well worth a look.

While we normally focus on pure tech products here at GoodGearGuide, we couldn't resist the opportunity to review Nespresso's latest capsule-based coffee machine, the Nespresso U. Loosely falling under the gadget category, the Nestle owned Nespresso brand takes the concept of a quick and easy cup of coffee to a new level with the Nespresso U. It's a competitively priced coffee machine that will suit anyone with limited kitchen bench space.

Branded by DeLonghi, the Nespresso U is the baby of the parent company Nestle's range of pod-based coffee machines. Curiously, the U undercuts the company's previous low-end model, the Nespresso Pixie, but does not replace this model. Retailing for $299 in Australia from August, the Nespresso U aims to provide a cheaper and more flexible option for those who desire a quick and easy coffee solution.

The key feature of the Nespresso U is the fact it has been designed to fit into the tightest of spaces.

In a bid to cut down on costs, the Nespresso U is manufactured largely from plastic. Nespresso says that 30 per cent of the U's plastic is made from recyclable materials. The U doesn't feel cheap and nasty but it does come across as a little hollow, particularly if you tap on the sides. We feel it lacks the slightly more robust feel of the more expensive Pixie model, which uses a combination of metal and plastic materials. The U comes in cream, black, grey and orange colours, with no difference in price between them. 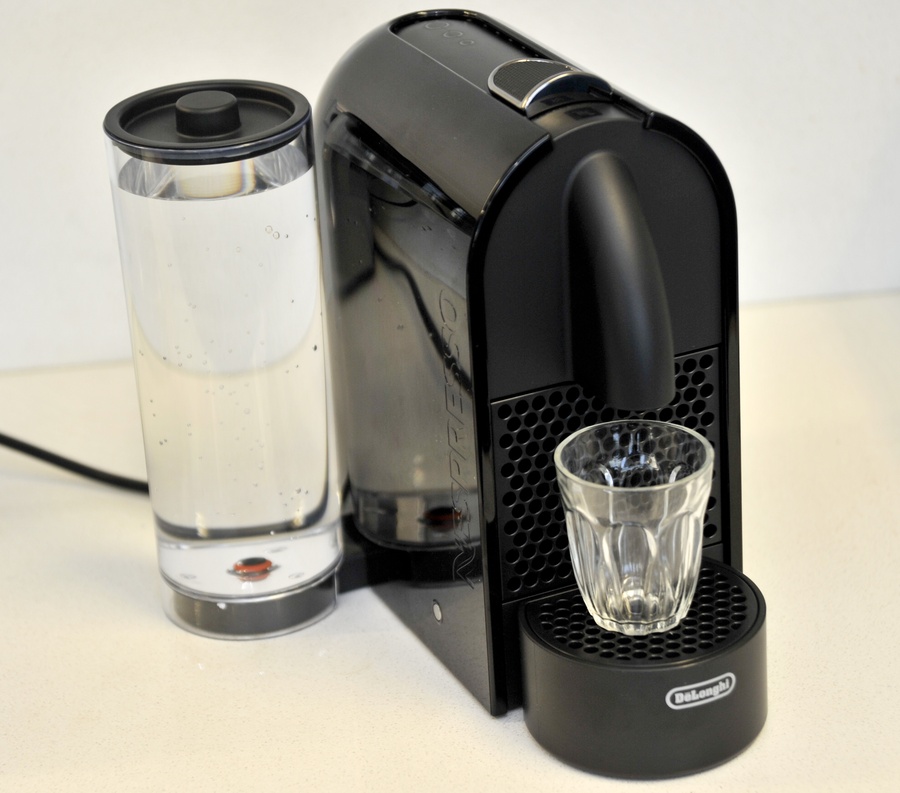 The Nespresso U's water tank can be positioned at the back of the machine, or swivelled to the right or left sides in order to fit into cramped spaces.

The key feature of the Nespresso U is the fact it has been designed to fit into the tightest of spaces. The crowning feature is what the company calls a "modular design", where the 0.8 litre capacity water tank at the back sits on a swivelling base. The tank can be positioned at the back of the machine, or swivelled to the right or left sides in order to fit into cramped spaces. It's a smart concept and one we appreciate, though you'll need to re-adjust the power cord if you want to move the tank from side to side.

The Nespresso U also introduces a magnetic cup holder. Where the Pixie's cup holder lifts up to fit larger mugs under the spout, the U's cup holder is simply removed when you need to use a larger cup or mug. When removed, the cup holder can be stored on either side of the machine thanks to two side mounted magnets. 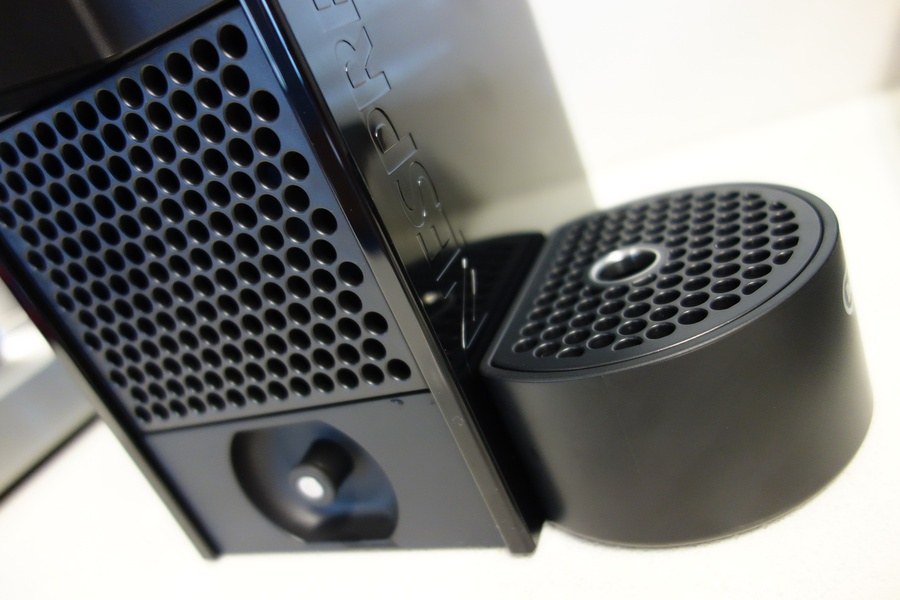 The Nespresso U's cup holder can be removed when you need to use a larger cup or mug and can be stored on either side of the machine when not in use.

Using the Nespresso U is a simple and effortless process.

Using the Nespresso U is a simple and effortless process, so much so that there isn't even a power button on the unit. To make a cup of coffee, simply touch one of the capacitive coffee size buttons, ristretto (25ml), espresso (40ml) or lungo (110ml) which will turn on the unit. (Alternatively you can slide open the capsule slot to turn on the machine). Once the green LED light on the appropriate button stops flashing, place a cup or mug under the spout, slide open the capsule slot, drop in a Nespresso pod and close the capsule slot to immediately start extracting the coffee. 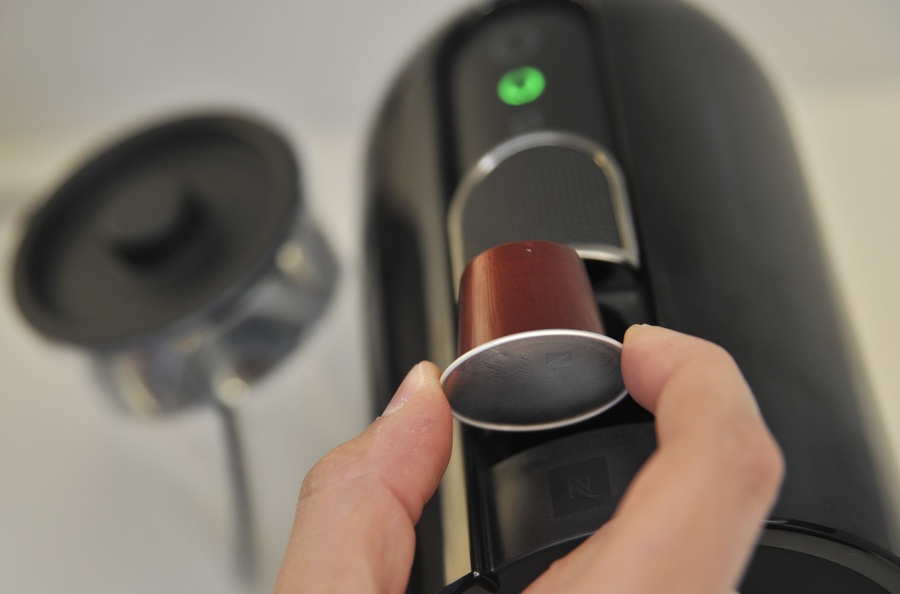 Dropping in a Nespresso pod and closing the capsule slot immediately starts extracting the coffee.

If you've used a Nespresso machine before, this process is a little different from previous machines, where you would drop in a pod first, then select the coffee you want. In altering this order, Nespresso appears to have conjured up the simplest way to start the coffee extraction process. Do keep this in mind if you're upgrading from an older Nespresso machine — opening and closing the capsule slot immediately begins the extraction process and can catch you off guard initially. A nice touch is the fact that the Nespresso U automatically defaults to the most used cup size when powered on, based on your last 11 coffees.

Another new feature of the Nespresso U is the automatic ejection of used pods into the capsule tray once the coffee has been extracted. Though this is convenient, especially given this author's habit of leaving used capsules in the machine, it will annoy users who may like to extract more coffee out of the pod for a weaker drink. If you're one of these users you can add more coffee by touching any of the coffee size buttons, but this needs to be done within four seconds of the original drink being extracted. 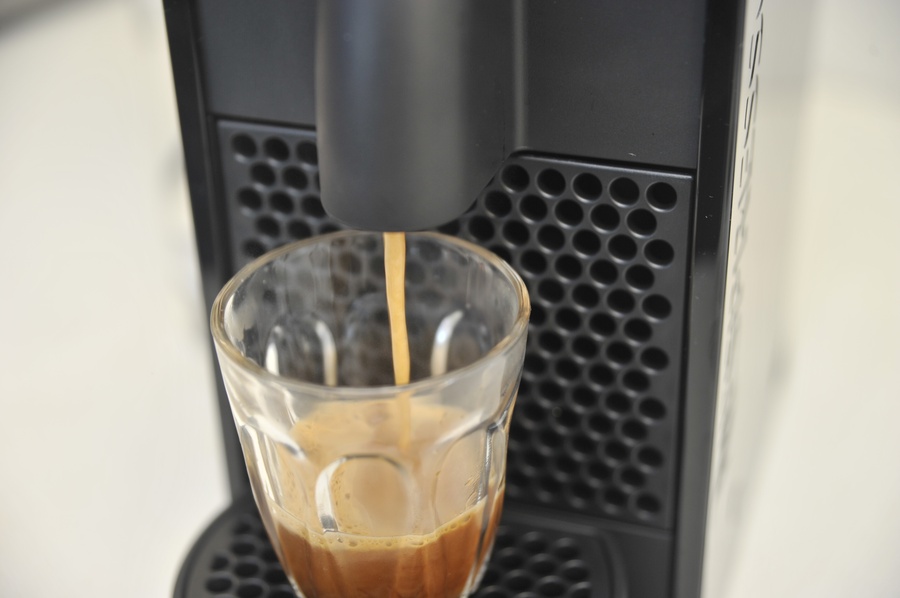 Easy to clean, bundled with Aeroccino

Cleaning the Nespresso U is relatively straightforward. The cup holder is detachable and consists of two pieces, while the capsule tray is also split into two pieces and can hold up to 12 used capsules. The bottom piece of the capsule tray holds any leftover water once a used pod has been ejected. 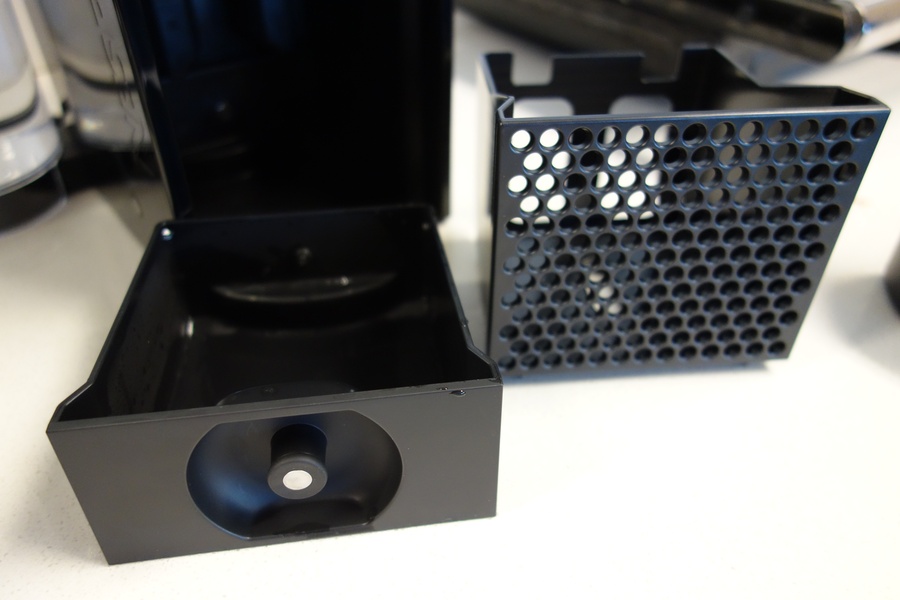 The Nespresso U is easy to clean and many of its parts are detachable, like the used capsule tray above.

Nespresso bundles a separate Aeroccino 3 milk frother with all Australian models of the U.

The Nespresso U only takes around 25 seconds to heat up when it's first switched on and will automatically power off after nine minutes of inactivity. This power off time can be changed to 30 minutes if you wish, by holding the Lungo and Ristretto coffee size buttons simultaneously for three seconds. The machine will also flash the cup size lights to notify you when the water tank is empty and when the used capsule tray is full.

The Nespresso U machine doesn't have a milk frother built-in, but Nespresso bundles a separate Aeroccino 3 milk frother with all Australian models. The company also includes a "Nespresso Welcome Pack" which provides a selection of 16 Nespresso capsules, while DeLonghi covers the machine with a two year warranty. 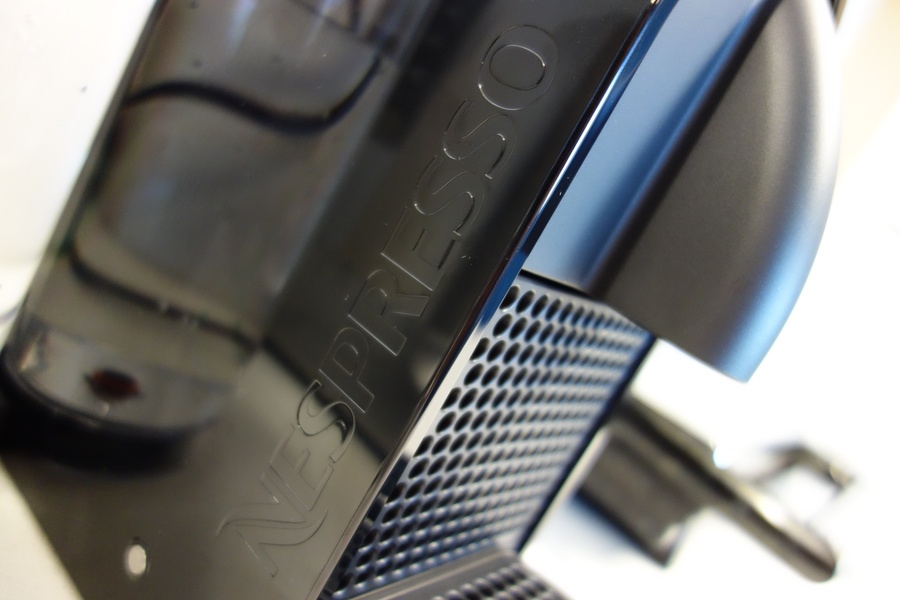 The Nespresso U is available in Australia from 1 August.