The must-have video streaming service for fans of NBA basketball If, like many NBA fans here in Australia, you were sad that OneHD decided not to renew its rights for the NBA this season, let NBA LeaguePass turn that frown upside down. With a good Internet connection, you can stream every game at a high quality and with no fuss at all.

America's National Basketball Association (NBA) is one of the leading sports organisations in the world when it comes to embracing technology and delivering content online. Its NBA LeaguePass Broadband package is available to fans worldwide and it's a must-have product for die-hards of the league.

LeaguePass costs around AU$220 (depending on international transaction fees and promo codes) for the entire season (including the play-offs) and this is great value considering what you get. The NBA may be playing a shortened season due to a labour dispute, but there are still over 50 games (per team) remaining and you have the opportunity to watch them all through LeaguePass. That's around 750 games that you can watch over the next few months (although my maths is flaky so it could be many more), which comes to $3.40 per game (if you are hardcore enough to watch every game). Not only that, the service gives you the freedom to you to watch games on a smartphone (iPhone or Android) or tablet (iPad, but not Android) in addition to your notebook or desktop computer.

An Internet plan with a generous data quota and a fast connection speed is needed to view games through LeaguePass; the games can consume a lot of data. The quality of the feed can be adjusted from 400Kbps to 3000Kbps. I mostly watch games at 800Kbps, which provides a clear picture that looks fantastic on my Full HD, LCD TV. A typical game (without overtime) consumes approximately 1GB of data in this mode. For marquee match-ups, I will often increase the quality to 1600Kbps just to get a slightly clearer picture and better audio fidelity. At 3000Kbps, the picture is basically as good as free-to-air digital TV quality and the audio is crystal clear. I haven't experienced stuttering or any other problems with the feed since I started watching last month. 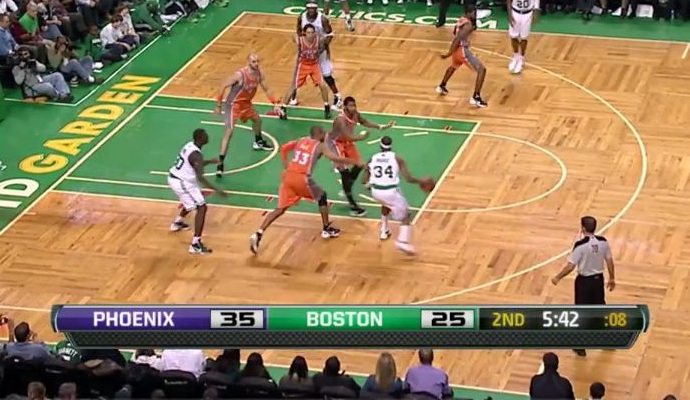 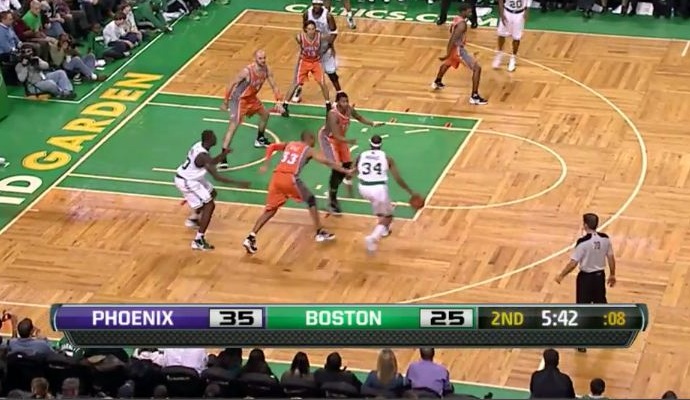 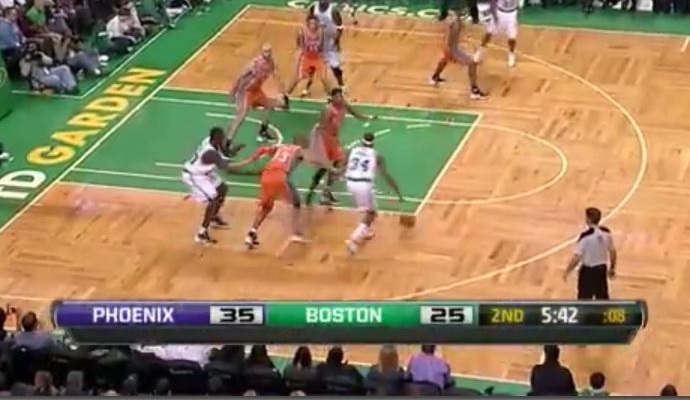 The interface for LeaguePass is very simple: the current day's games as well as the games played the day before are shown in a strip across the top, there is a main video window, there is a timeline and there are playback controls. To watch a game, all you have to do is drag it into the main window or click on it. Games that have finished and are not live will show an option for a "condensed" game — you won't have to watch the whole game, just the highlights and it's a good time saver on busy days. A timeline beneath the video window allows you to skip to any point in a game (if it's not live) and it also shows events that have occurred in a game. If you can't watch games live, then you'll want to hide this immediately so that it doesn't spoil the game for you — we wish the events were hidden by default. 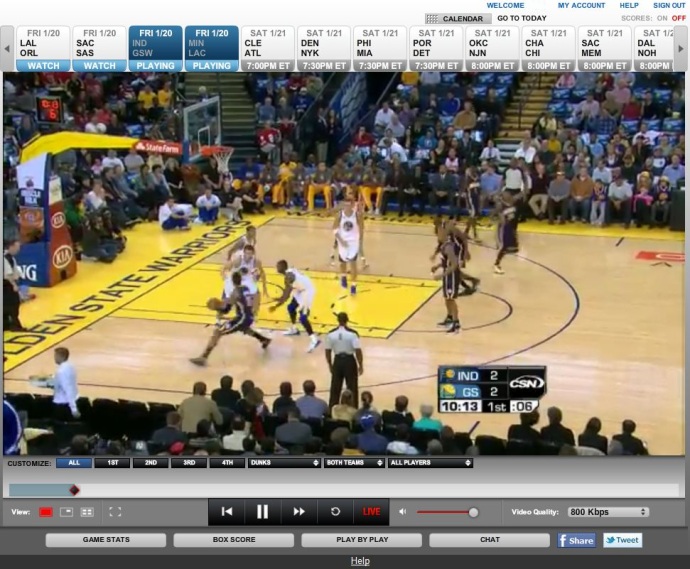 The NBA LeaguePass Broadband interface is simple to use.

The events provide a way to filter a game if you don't want to sit through the whole thing. For example, if you only want to see slam dunks, then you can select "dunks" from the drop-down menu and then click on all the "D" markings in the timeline to see them. It doesn't work as well for regularly occurring events such as made shots and rebounds, as these events basically clutter the timeline — although you can counter this by viewing the timeline per quarter, rather than the entire game.

Playback controls are limited to a "start over" button, a play/pause button, a "go forward" button (10sec) and a "go back" button (10sec). There is a also a "live" button for when you want to go back in a game and then catch-up to the live broadcast. We wish there were faster rewind and fast forward options though, and also a button to skip game breaks.

The games aren't edited once they finish, so even replays of games end up with breaks in them (during time-outs and the quarter- and half-time breaks). There are no ads, just simply a screen that states that there is a break in the game. To skip through it, you have to press the "go forward" button many times. During long breaks such as half time, you'll want to advance the timeline instead.

Games can be watched in full-screen mode or in windowed mode. If there is more than one game on at the same time that you wish to watch live, you can use the "quad game view", which allows you to split the screen into quadrants and to drag a game into each quadrant, or you can opt for picture-in-picture mode. Game stats, the box score and the play-by-play can be accessed within the LeaguePass interface, but to avoid spoilers you won't want to look at these during a game replay.

The game feeds that are shown are usually from the home team's broadcasting crew, which means most games have home-town commentating. However, the games that ESPN and TNT cover are also shown through LeaguePass, which means that you do get to listen to Hubie Brown, Marv Albert and Kevin Harlan during the marquee games of the week. You don't get the half-time shows from ESPN and TNT though; the half-time show that you get is called "NBA Live" and it consists of highlights from the previous day's games. The voiceover for the show can be quite boring and the audio levels tend to fluctuate.

Overall, NBA LeaguePass is a must-have if you're an Aussie NBA fan with more than a passing interest. There are some annoyances with the product, such as the inability to quickly skip breaks during replays, and a colour test pattern that sometimes shows up for a few seconds and blocks the action, but overall, it's a tremendous product that's well worth the money. It's a better option than getting pay TV just for basketball, and it's a lot more convenient than getting the games off BitTorrent one or two days after they are played. If you can't pay for the service in one hit, there is an option to pay in monthly instalments.

I've been caught watching games on an HTC Rhyme smartphone in the office once or twice already.