Splatterhouse review: Namco's retro beat 'em up has been given a fresh lick of paint Splatterhouse is no master piece, but it'll give you a bloody good time, nonetheless. A guilty pleasure.

Comparing something to a B-grade horror movie can be a polite way of saying, "This blows!" But when the term is applied to Spatterhouse, it seems like a glowing endorsement.

In the late 1980s (back when video game arcades were still experiencing a surge in popularity), Splatterhouse was a gory, side-scrolling beat 'em up that -- well, let's be honest here -- really wasn't that impressive.

The soundtrack was average, the graphics were merely okay and the gameplay was very simplistic. The sound effect when decapitating an enemy resembled hitting a ball in Super Tennis, which didn't help much either. 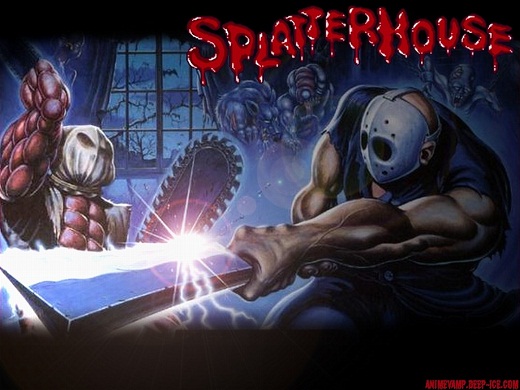 The original Splatterhouse: not exactly a classic.

But Namco Bandai, the original makers of the game, thought it was worth giving the series a reboot. In a way, this makes more sense than remaking a classic: the potential for improvement is far greater.

In the original Splatterhouse, you played Rick; a university student whose girlfriend has been kidnapped by the maniacal and morbidly brilliant Dr West (we're guessing the developers had just seen Re-animator). Stuck at the doc's mansion and on the brink of death, Rick acquires the mysterious Terror Mask, which transforms him into something resembling Friday the 13th's Jason Voorhees on steroids.

The mask has a mind of its own and compels Rick to ransack the mansion, kill the demonic creations of Dr West and find his girl, Jennifer.

Well, the plot in the new Splatterhouse hasn't really changed much. Of course, since side-scrollers are no longer in vogue (at least not on a large scale), the game has adopted a third-person beat 'em up approach instead.

Oh, that and they ramped up the gore notch by about one thousand. 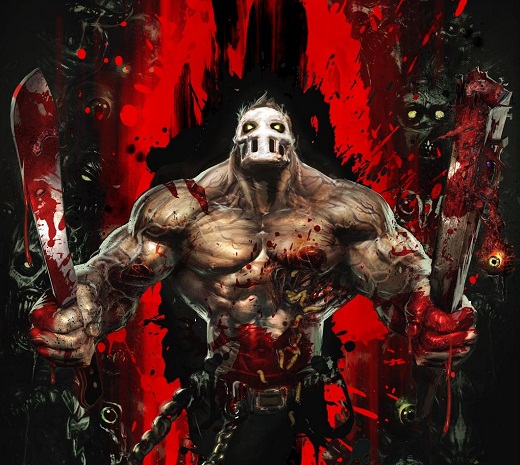 Meet Rick. Despite bad press, he's not too bad.

Creatures that look like scientific afterbirth — some of which are Rick's former classmates — stand in your way of confronting Dr West and saving Jennifer. Luckily, Terror-Masked Rick is completely OP (AKA overpowered) and can plough his way though almost anything.

Once you beat down an enemy enough, it will glow red; your favourite colour in Splatterhouse. Because red means you can perform special kills activated by quick-time events for some spectacular — not to mention creative — ways of disposing of your foes.

Crunching skulls with bare hands, splitting jaws open and tearing off limbs has never been more satisfying. Just like the slow motion kill sequences in Fallout: New Vegas, it's hard to tire of the Splatterhouse Splatter Kills.

Speaking of limbs, severed arms are among the arsenal of weaponry Rick gets to use. When I say arms, I mean any arms from anybody. Yes, Rick can even use his own torn-off arm in a fight. When scientists finally discover how to regenerate limbs, the first thing I'm going to do is rip my arm off and beat up the nearest transit officer. It’s the logical thing to do.

Using limbs as clubs is the most badass concept in the game by far. 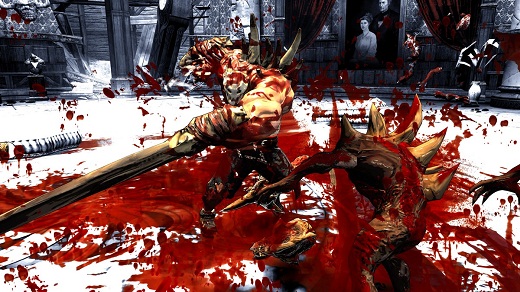 Splatterhouse is not recommended for small children. Well duh.

But it's not just gore for the sake of gore. Blood is the thing that binds the game together. The Terror Mask relies on it to function. Most of the time you are swimming in it or the screen is covered with it. In fact, it encourages you to make a mess out of your detractors in as squelchy a way as possible. (I'm actually not sure why Left 4 Dead 2 was slammed by the censors while Splatterhouse was let off scot-free.)

Once enough blood is collected, Rick can unlock new move combos and so on. Not that it really matters much. Splatterhouse, like Ninja Gaiden, is the epitome of button mashers.

The gameplay is reasonably simple (though obviously not as wafer-thin as the original). You have two primary attack buttons, along with a jump and grab move. There is an option to dodge, but I found I seldom used it intentionally. I made it through fine with just charging in and turning creatures into meat milkshake with my fists.

Curiously, the new Splatterhouse pays homage to its 2D predecessors with some forced-perspective/side-scrolling sections. I'm not really sure I'm a fan of this, considering it brings nothing new to the table apart from the upgraded graphics. Plus, the game actually includes unlockable ports of Splatterhouse 1, 2 and 3, so the whole 'tribute' concept feels a little redundant. 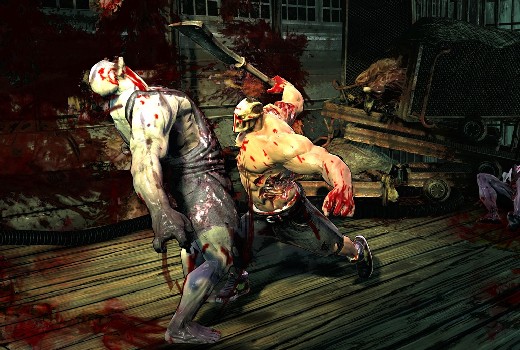 What is most appealing about Splatterhouse is it doesn't try to pass itself off as a horror game to be taken seriously (stand up Resident Evil). Instead, it is comfortably ensconced in B-grade cheese and it knows it. The crude dialogue, dodgy cut-scenes and illogical progress of the plot (seriously, you can't always miss Dr West just in the nick of time) is reminiscent of a low-budget horror movie.

But that's not to say the game itself is cheap. While it satirises the B-grade horror genre, the game is able to stand on its own. It probably won't win any awards for ingenuity but it’ll guarantee you a bloody good time.