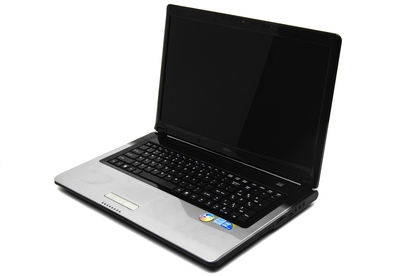 MSI's CR620 is a large, 16in desktop replacement notebook that's perfect for most office tasks and browsing the Web. Thanks to its Core i3 CPU, it's also powerful enough to undertake video editing and encoding functions. It has a useful array of ports and slots, is comfortable to use and won't cost too much money.

MSI's CR620 is a 16in desktop replacement notebook that costs just $1199. It comes equipped with an Intel Core i3-330M CPU, 4GB of DDR3 SDRAM and a 500GB hard drive, so it will perform just fine when running office applications and even more taxing tasks such as media encoding.

The MSI CR620 notebook's body is large and houses a comfortable keyboard as well as a number pad. The base is so big it actually feels a little hollow, and it's not too heavy; it weighs in at around 2.5kg. There are ports scattered along the sides and also on the spine of the notebook. Frequently used features such as the USB 2.0 ports, the SD slot and the audio ports are located along the sides. The spine contains eSATA, Gigabit Ethernet, VGA and HDMI ports, as well as one more USB 2.0 port.

The location of these ports is a little awkward if you will be constantly connecting and disconnecting eSATA and display devices. However, they are perfectly positioned if the notebook is to remain tethered to your desk for the majority of its life, as the cables from an externally attached storage device and a monitor won't get in the way. The power connector is also on the rear. 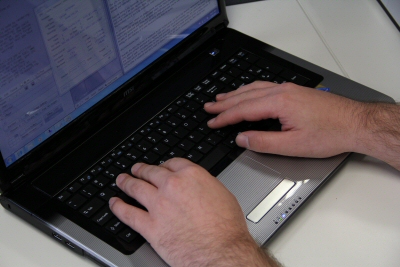 The palm rest is huge and makes the CR620 very comfortable to type on.

A vast palm rest (see above) occupies the space below the keyboard and it makes the CR620 very comfortable to type on. There are island-style keys that are easy to hit and they have good responsiveness. The number pad is a great convenience for students and office workers; meanwhile, there aren't any keys in awkward positions apart from the 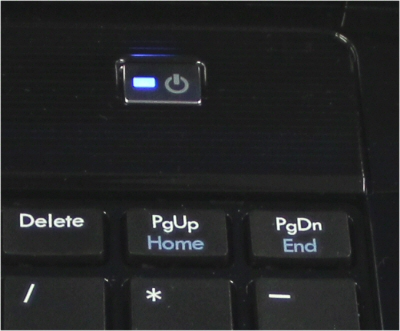 The location of the Delete and Page buttons takes getting used to.

You don't get any fancy features on the MSI CR620 notebook. There are no media shortcut keys, nor any hardware innovations, but for an inexpensive desktop replacement notebook, that is to be expected. What you do get is a notebook that has plenty of speed, a large screen, a built-in DVD burner, 802.11n WiFi and a smattering of essentials such as USB 2.0, networking and video ports. In short, it's a useful notebook for anyone who has never owned a computer before, and also for people who are just looking for an affordable, yet fast computer system.

The CR620 notebook’s 2.13GHz Intel Core i3-330M CPU has two cores and hyper-threading, so it can process four software threads simultaneously and is perfect for multitasking. It produced sufficiently fast times of 1min 15sec and 1min 09sec in our iTunes MP3 encoding and Blender 3D tests, respectively. It's not as fast as what the slightly more expensive, Core i5-based Samsung R580 and ASUS N61Ja 16in notebooks achieved, but it's a strong showing nonetheless. You can't use the MSI CR620 notebook to play games, as it only has an integrated Intel graphics adapter, and its low score of 1665 in 3DMark06 can attest to this.

The 16in screen of the CR620 laptop has a native resolution of 1366x768 and is fine for lining up program windows side by side using Windows 7's Aero Snap feature (some Web pages might require horizontal scrolling if lined up side by side in this way). The screen provides decent brightness and contrast, but it has a glossy finish, which can cause reflections from overhead lights which can be annoying.

Despite its large size, you can use the CR620 notebook comfortably on your lap. It won't get too warm (unless you are using it on your lap while encoding videos), and because it's so wide, you will be able to comfortably rest your hands on it while you type. The balance of the notebook is also good; you can take your hands off the notebook and it won't tip backward, even if the screen is tilted a long way back.

In our battery test — in which we disable power management, enable the wireless radio and maximise the screen brightness while we loop an Xvid-encoded video — the CR620 laptop lasted two hours. This is a good result from such a big notebook and if you turn down the brightness and employ a power management scheme, you should be able to get at least 20 minutes more out of it. This will enable you to watch a movie or write your memoirs while sitting on your balcony or in your backyard away from an outlet.

Overall, the MSI CR620 isn't a notebook to get excited over; it's simply a big desktop replacement with a good CPU, plenty of RAM and hard drive space that won't cost you a lot of money. You can use it for pretty much any type of task — including video editing and encoding — and most importantly, it's comfortable to use over long periods. It has an ExpressCard/34 slot for expansion, so you can even add a digital TV tuner and turn it into a media centre system. If you're after a new notebook and have been considering sub-$1000 Pentium and Athlon models, it's well worth checking out this model instead. It costs a little more, but it will provide swifter performance.