Motorola Xoom 2 review: The Xoom 2 is an improvement over the original Xoom, but these improvements aren't enough to justify its expensive price tag The Xoom 2 has an extremely tough fight on its hands to remain relevant in an increasingly crowded market. Motorola has made it thinner, lighter and faster than the original Xoom, but it is running outdated Android software and has sluggish performance. Sadly, the Xoom 2 does little to justify its expensive price tag.

Android tablets constantly use fast processor speeds as a key selling point. The problem with this is that a tablet can have the fastest processor in the world but it's ultimately how efficiently the software works with the processor that will determine if the device is actually fast or not. The Xoom 2 is a prime example. It's powered by a dual-core, 1.2GHz processor. While this is only a mere 200MHz speed increase over the first Xoom, and not as fast as the quad-core processor that powers the Eee Pad Transformer Prime, it should still be fast enough to provide a slick user experience. Sadly, it is not.

The Xoom 2 takes over a minute to start-up. The unlock screen is terrible as the unlock icon doesn't smoothly glide across the screen with your finger. The browser is slow and still automatically switches to mobile versions of many Web sites. The home screen jitters if there are more than a few widgets on the screen and transitions between screen are choppy. The GMail app feels slow and unresponsive. 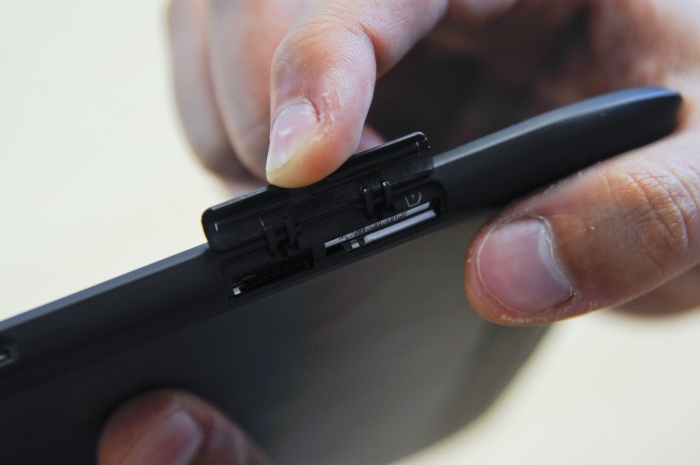 To be fair to Motorola, many of these issues are common with all Android tablets, and not just the Xoom 2. The main reason for the Xoom 2's (and many other Android tablets) questionable performance is the fact that it comes with Google's now outdated Android 3.2 "Honeycomb" operating system. Like every other Android manufacturer that ships a tablet with outdated software, Motorola says it will eventually upgrade the Xoom 2 to the latest 4.0 "Ice Cream Sandwich" version of Android, but it has refused to specify when this will happen (it's expected to come in the second half of the year). Considering that Google bought Motorola for a cool US12.5 billion back in August, its surprising that the company can't keep up with Android updates. Until the Xoom 2 gets an official Ice Cream Sandwich update, we simply can't recommend it.

Ice Cream Sandwich is expected to fix many of the problems we outlined above, but it won't resolve one of Android's most significant tablet issues: third-party apps. There are minimal apps that have been designed with a tablet in mind, so most of them simply expand to fit the larger display of the Xoom 2. There is also no easy way to quickly determine if an app in the Android Market is designed to work on a tablet. Google quickly needs to create a filter in the market that only shows apps specifically designed for tablets in order to create a better user experience.

Despite its sluggish performance, the Xoom 2 does have two good pieces of software that give it an edge over competing devices. The first is Motorola's excellent Motocast application, a pre-loaded app that allows the streaming of multimedia content (music, videos, images and documents) from a PC or Mac. Unlike many other Cloud storage services, you don't need to move the files you want to access on your computer to the Motocast application: you simply need to select the folders and files you want the service to access. It's easy to install and set-up and quickly becomes a great inclusion given the Xoom 2's 3G capabilities.

The second app is Dijit, a universal remote control app that uses the Xoom 2's built-in infrared port to act as a remote control for all your devices. It's easy to use and we got it working with our Panasonic Plasma TV in just a few minutes. Sony's Tablet S is the only other tablet on the market that includes similar functionality, though it developed its own app instead of using the Dijit one. 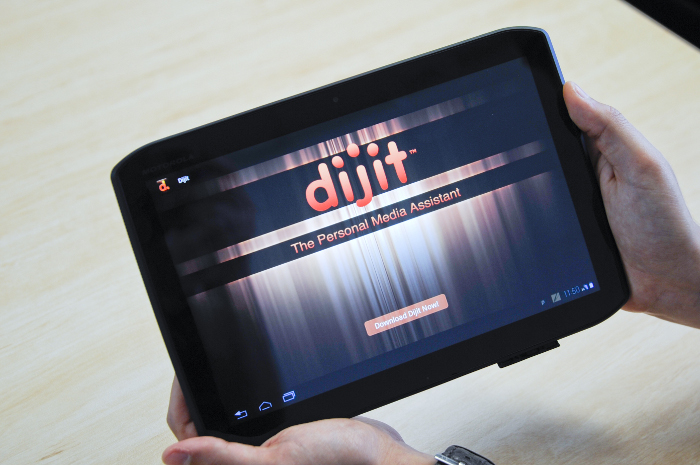 The Motorola Xoom 2 has 32GB of internal memory and comes with a microSD card slot for extra storage. The tablet also has a 5-megapixel camera with LED flash, a 1.3-megapixel front facing camera for video calls and a micro-HDMI port that allows users to connect it to a high-definition television or projector. Images snapped with the Xoom 2's camera aren't great, but are of a significantly better quality than the comparatively poor iPad 2 camera.

Motorola has so far refused to comment if it will eventually release a Wi-Fi-only model of the Xoom 2, much in the same way it did for the original Xoom. For now, the 3G model sold through Telstra is the only one available in Australia, though Motorola has confirmed that Telstra is simply a "launch partner" for the Xoom 2 and not an exclusive carrier. This means that any other Australian carrier (Optus or Vodafone) is free to sell the tablet if they wish. 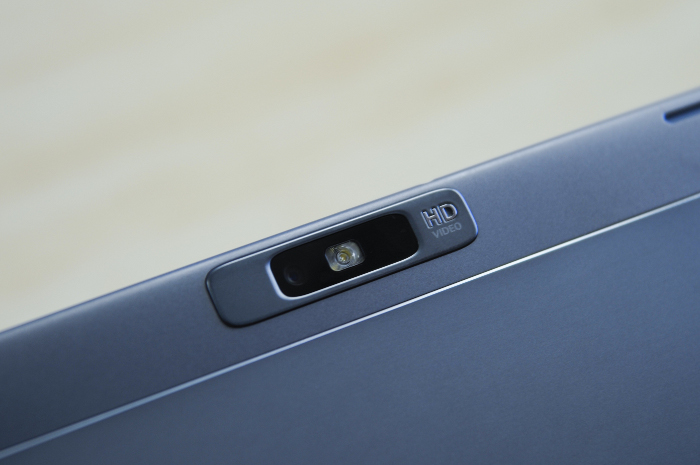 Motorola claims the Xoom 2 has a battery life of around 10 hours but the figure you achieve will depend on your usage patterns. On average, we managed to drain the battery in about six with heavy use. This suggest Motorola's figure is rather inflated, but with moderate use the Xoom 2 should definitely push closer to a more respectable eight hours. Unlike the original Xoom, which used an AC adapter port for charging, the Xoom 2 uses the regular micro-USB port instead.