The Motorola Gleam is a stylish feature phone with a flip design and an easy to use proprietary operating system. If you're looking for a phone that just does the basics, you should definitely check it out.

You'd be forgiven for thinking you've stepped back in time when you pick up the Motorola Gleam. The Gleam is a stylish feature phone (aka dumb phone) with a flip design, a proprietary operating system, no 3G connectivity and no third-party apps.

The Gleam appears to be Motorola's attempt at a low-cost, dumbphone for those who don't want or need the features of a touchscreen smartphone. Although smartphones are the latest and greatest devices, there still appears to be a market for more traditional handsets. The Motorola Gleam makes calls, sends text messages and plays music through a built-in MP3 player — that's about the extent of its features.

The design of the Motorola Gleam appears to be a homage back to one of the most famous mobile phones in history, the iconic Motorola RAZR. The RAZR was originally a flip phone that sold over 130 million units worldwide in a five year period from 2004-2008, but lost its sharpness as the world moved to smartphones. 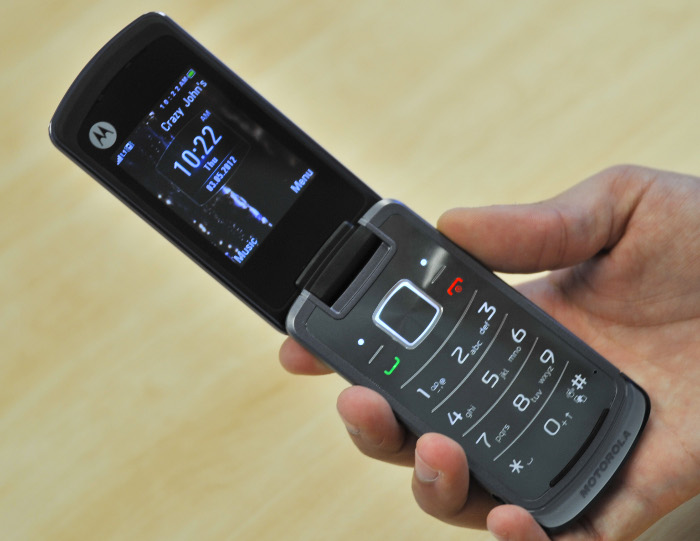 Like the RAZR, the Gleam is a thin and light flip phone with a stylish design. Despite being constructed from plastic rather than aluminium, the Motorola Gleam feels reasonably well built. The soft feeling plastic on the rear makes the phone easy to grip and the glossy front makes the phone stand out in a crowd. We did notice a little looseness in the hinge, however, especially when the phone is closed. 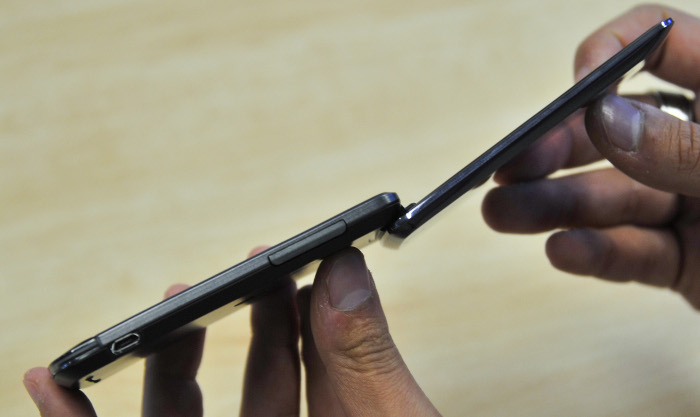 Motorola describes the Gleam as a fashion phone and there are two features that prove the company's description right. Firstly, a grey strip emblazoned with the Motorola logo protrudes from the bottom of the Gleam when closed and lights up like a Christmas tree each time you open and close the phone. The soft LEDs look cool and also light up during an incoming call or text message, or when charging the phone. Thankfully, this feature can be turned off if you wish. 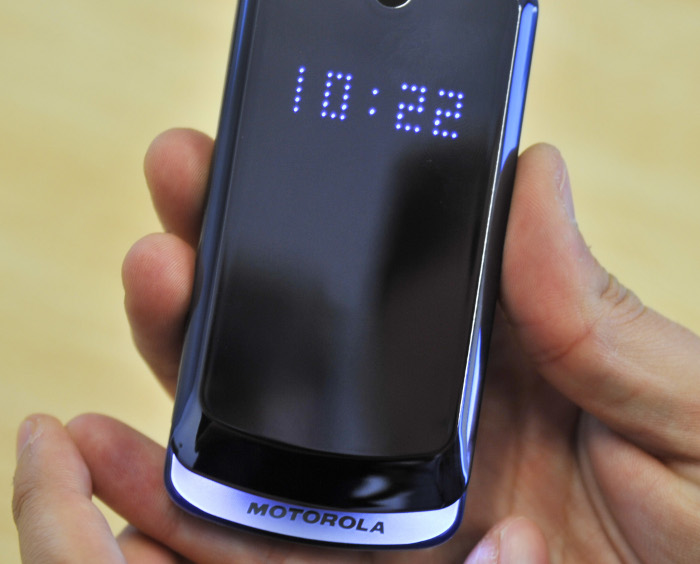 Secondly, the Motorola Gleam has a hidden dot-matrix screen on the front. The screen displays a clock and will also notify you of missed calls or text messages with large icons. It looks slick and is a nice touch, but the display of both the clock and missed calls/texts only shows for about five seconds before disappearing. An option to extend this time to display information for longer would have been appreciated.