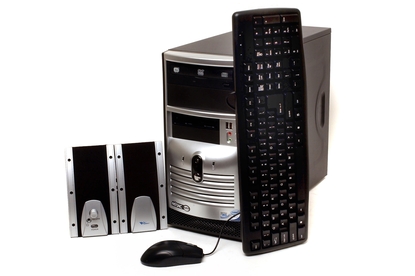 This system would be more appealing if it shipped with a monitor. However, it's a compact system with good speed and has plenty of options for future upgrades.

The Mitac MIC2D63120DLH isn't a system you're likely to ask for by name (the model name is definitely a mouthful), but it's a good all-purpose system that has plenty of CPU power for the home or the office user. It's built using an Intel Core 2 Duo E6300 CPU and it comes with 1GB of RAM as well as a decent amount of hard drive space. It performed well in our tests and is well suited as a machine on which to run office applications and use the Internet. It can even be used to edit photos and music files.

Compared to other PCs around $1600, the Mitac's biggest let down is that it doesn't include a monitor. Instead, Mitac throws in a media card reader, as well as a set of speakers, which are features that are not found on many machines in this price range. Although the media card reader will be useful for downloading photos or music from a digital camera or MP3 player, respectively, the speakers are small and not powerful enough for entertainment purposes

A Gigabyte GA-945GM-S2 motherboard is used to house the Core 2 Duo E6300 CPU, which runs at 1.86GHz, and 1GB of DDR2 RAM, which runs at 667MHz. In our World Bench 5 test the Mitac got an overall score of 96, which is what we expected from this hardware configuration.

This score shows that the machine will be capable of handling current software and that it should continue to be a good performer over the next few years, as long as your computing needs don't get too extravagant. The 64-bit CPU is capable of running either the 32-bit version or the 64-bit version of Windows Vista and this Mitac will run Vista comfortably in its current configuration.

The ATI Radeon X5500-based graphics card, which is DirectX 9 compatible, may need to be upgraded to get a smoother 3-D experience in Vista, or if you want to play any of the latest games. We tested the 3-D performance of the machine using 3DMark 2001 SE. It scored 12151 in this benchmark, indicating that it will handle older games with ease, but will struggle with current ones.

We encoded 53 minutes worth of WAV files to 192Kbps MP3 files in order to see how well the machine can handle encoding a CD collection. Using the freely available Cdex encoder, it took two minutes 23 seconds to complete this task, which is an expected result for a system with a Core 2 Duo E6300 CPU and 1GB of RAM.

As well as two USB ports, audio-out and microphone ports, the front panel of the case houses the media card reader, which supports Compact Flash, Memory Stick, Smart Media, Secure Digital and MultiMediaCard formats. With the 200GB SATA hard drive and a DVD burner, you've got plenty of space to keep all your photos, movies and music. The motherboard comes with built in 6.1 channel audio as well as a 10/100/1000 Ethernet port, but it doesn't have FireWire, which would come in handy if you ever want to transfer video from a digital camcorder.

Even though the system is built in a mini-tower case and has a micro-ATX form factor motherboard installed, there are plenty of options for upgrading. Two free RAM slots are available and these give the system a total memory capacity of 4GB if you use four 1GB memory modules. There are three 3.5in hard drive bays free for hard drive upgrades, and one 5.25in optical drive bay is also free. The ATI Radeon X5500-based graphics card occupies the PCI Express graphics slot and can be upgraded in the long term if your graphics processing requirements change. Indeed, the amount of slots, ports and drive bays in this system will keep it from becoming obsolete for a few years, at least.