Mini-games wrapped around a bizarre story 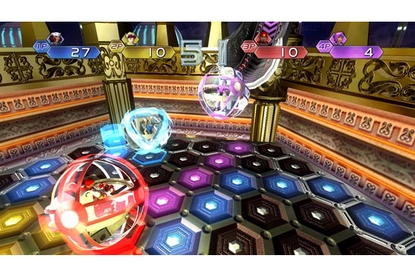 It might be a good rental if your seven year old has a weekend slumber-party or something but don't waste anything more than a couple of bucks on this one.

As a sequel to the original Fuzion Frenzy, which was an original Xbox launch title, FF 2 is a collection of mini-games wrapped around a bizarre and nonsensical story about a futuristic game show in which contestants compete in various contests for glory.

Or something. I don't know. The whole thing is pretty ridiculous. I know network television is bad, and I know it'll probably get worse in the future, but I hope it never gets so bad that I have watch a show called Fuzion Frenzy.

Run, don't walk, in the opposite direction of this one. With its boring collection of mini-games and cheap presentation, this one will only appeal to the littlest of tykes.