Not just the collection of bug fixes that you'd expect from the term "service pack". 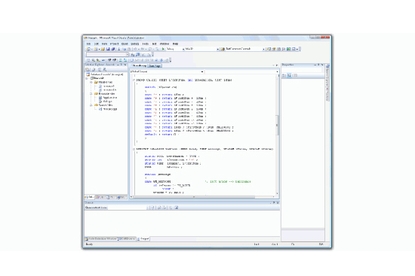 We haven't found any downside to installing Visual Studio 2008 SP1, other than the time; it took me several hours to download and install it over a relatively good broadband connection: if we had to do it again, we'd kick it off just before we went home for the day. Note that the updated MSDN documentation requires a separate download and installation. Once installed, the SP1 changes are, in our experience, all good. Unless you have add-ons or SDKs that still require Visual Studio 2005 (the .Net Micro Framework comes to mind), we don't see any reason for a Microsoft shop not to completely switch over to Visual Studio 2008 SP1.

Microsoft Visual Studio 2008 (VS08) Service Pack 1 (SP1) took eight months to arrive. Considering the capabilities that have been added, eight months might not seem so long.

As we said in our original review of Visual Studio 2008, VS08 is the premier IDE for developing applications with the Microsoft .Net Framework and at least a contender for the best Windows-hosted C/C++ IDE. The product as released in December lacked the much-anticipated ADO.Net Entity Framework and LINQ to Entities, and broke some JavaScript and VBScript functionality from previous versions.

Visual Studio 2008 SP1 finally includes the ADO.Net Entity Framework (EF), the Entity Data Model (EDM), and LINQ to Entities. EDM is a full-blown language-independent, database-independent entity-relationship model. It is supported by an Entity SQL language and is especially useful for data-centric line-of-business applications. LINQ to Entities integrates queries against Entities into C# and Visual Basic, which may obviate the need to learn the subtleties of Entity SQL for many programmers.

Note that Entity SQL is significantly different from the Transact-SQL query language used in Microsoft SQL Server. Speaking of SQL Server, SP1 adds full support for SQL Server 2008 to Visual Studio 2008, hot on the heels of the release of SQL Server 2008. Better scripting

We're happy to say that the Visual Studio 2008 SP1 HTML editor is no longer broken for Classic ASP. The HTML editor is still not smart enough to resolve server-side includes, however.

You'll find vastly improved IntelliSense and code formatting for JavaScript in Visual Studio 2008 SP1, even for third-party libraries, at least if you structure your files the way VS08 expects. If you mess up the structure enough to confuse the JavaScript parser, the worst that now happens is that the VS08 IntelliSense and code formatting won't work; syntax colouring usually continues to work, and the editor stays out of your way instead of trying to "help" you with misguided changes.