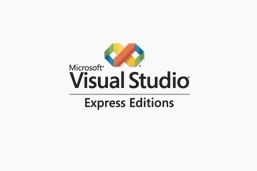 With a powerful debugger, drag-and-drop components to get you started and excellent tutorial support, the Visual Studio Express editions are a real boon for budding programmers. They're not packages for professionals, but as a free introduction to Windows programming no other tools come close.

The latest release of Microsoft's Visual Studio has come with a surprise for many users who might be tempted to experiment with programming, but are unwilling to invest in the full application. It consists of a release of separate Express editions of its main development tools that are available for free.

Each of these editions is a standalone product. While you can use the professional release to combine different languages to create your own programs for Windows and the web, most of the Express releases use one language and are targeted at producing Windows applications.

Visual Studio 2005 Express is an impressive collection of development tools. The supported languages are Visual Basic, the Microsoft language C#, C++ and J# for Java. The Visual Web Developer Express Edition supports multiple languages but, as its name suggests, this is designed for web solutions. Finally, SQL Server Express is the database engine for the other languages.

The appearance of each Express edition is similar to the full suite, making use of an IDE (Integrated Development Environment) that greatly simplifies many aspects of creating and developing apps. By dragging and dropping controls into the form designer that dominates the IDE, you can modify properties quickly and easily and then, when required, add code for specific tasks.

Unlike the other versions of Visual Studio, there's no support for Windows Pocket PC devices. Some of the more technical features have been restricted. Each release includes enhanced tutorials and startup kits for beginners. And there's plenty of online documentation to get you started.

While Visual Basic and C++ have both been around for some time, C# and J# are more recent additions to the Microsoft stable. The latter is Microsoft's version of Java, but while C# sounds as though it should be a variant of C or C++ it's been developed for creating .NET applications and is close in syntax to Java.

Visual Web Developer Express is the one release that cannot be used for Windows development, but rather produces web-based programs employing the ASP (Active Server Pages) .NET technology. This requires a .NET server, of course, but does mean that creating sophisticated online applications is relatively simple from within the same IDE as used for the other releases - just be prepared to search around for server support.

It's a powerful database engine that's more than sufficient to drive a small web server or Windows applications. In addition, it does not make use of a visual developer, but instead is intended to run behind the scenes. Actual design of your databases (such as including fields or tables) takes place in one of the other Express programs.