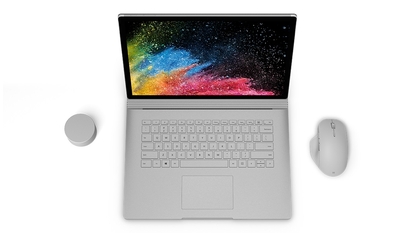 The Surface Book 2 is a product for a very specific kind of person. The kind of person who digs the glamor of the Surface range but needs more grunt than is offered by the other options on the table.

These days, looks are probably the biggest point of difference offered by each brand - and Microsoft’s Surface hardware has always been exceptional at accentuating that difference. Put more bluntly, the Surface range is really nice to look at. Sure, the performance found in the company’s flagship foray into convertibles has also been really good too. However, it’s the slick and distinctive design sensibilities that’s helped the Surface range cut through the competition.

When every portable PC vendor is packing the same Intel core processor and 16GB of RAM, looks can kill. Unfortunately, those aesthetics have usually been let down by the limits of what portable PC hardware can actually deliver. At the end of the day, tablets, laptops, and everything in-between just don’t have that little bit of extra grunt to make them appropriate for all use cases things.

Envisioned as a marriage of the clean slate-like aesthetics that have worked well for Microsoft in recent years and an abundance of high-end specs you don't usually find in a 2-in-1, it's a veritable workhorse of a machine. Put more elegantly, it’s the Surface device that does the things that you didn’t think could be done on a Surface device.

The Microsoft Surface Book 2 is a 2-in-1 notebook that comes with a 13.5-inch PixelSense display (267 PPI) with a 1600:1 contrast ratio. The PC is available in four variants: