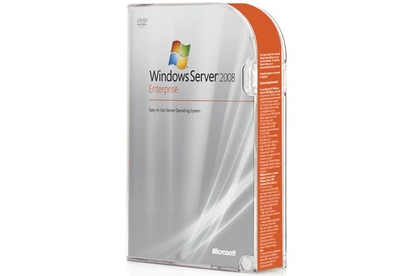 It's not without its faults, but Microsoft SQL Server 2008 easily passes our own five-point test for upgrades by bringing at least five significant improvements to a data environment. It's a winner.

Microsoft SQL Server 2008, aka "Katmai", gives SQL Server shops plenty of reasons to get excited. The best SQL Server release to date, it sports more nice new features than you can count, and the improvements extend to both performance and manageability.

In a few cases, such as the Resource Governor, you'll wish Microsoft had taken the functionality a little further. But whether you manage an OLTP environment, or an OLAP environment, or both, you will most likely find Katmai compelling. SQL Server 2008 easily passes our own five-point test for upgrades.

Our five-point test requires a new release to bring at least five significant improvements to our data environment — a large data warehouse — or it's not worth upgrading. Each improvement has to change our life in a significant way, either by dramatically shortening the time to do common tasks or by allowing us to do something we couldn't do before.

Change Data Capture and Lookup Cache will be popular with DBAs who want to speed up ETL (Extract, Transformation, and Load) processes, as will the pipeline improvements in Integration Services, enabling Microsoft SQL Server 2008 to push data much faster.

Data Compression, PowerShell integration, and Policy-Based Management, not to mention Server Groups, should make a big splash in almost any environment. Just keep in mind that the benefits you get from Data Compression (which works at the page level, replacing repeating data with lookup pointers) will depend on the nature of the data in your table and how it's ordered.

Backup Compression is also new in Microsoft SQL Server 2008. Although the compression itself works well, the feature has too many limitations (including supporting only Enterprise Edition) to be effective in an enterprise setting.

Another compression feature, called Sparse Columns, allows you to store nulls without taking up physical space. Sparse Columns will come in handy for large tables containing many null values. It's just too bad you can't use Sparse Columns and Data Compression on the same table.

The inclusion of PowerShell will reinvent the way DBAs manage their environments by taking complicated cursors out of management scenarios. This is the debut of PowerShell in SQL Server, and there are some rough spots. But we expect they'll be ironed out soon enough. We've even heard rumours that PowerShell will eventually replace sqlcmd as the command line interface.

Policy-Based Management and PowerShell integration are the biggies, but Management Studio has added some other nice features, such as Server Groups, which allows you to run queries against multiple servers at once. However, we're not fond of the new Activity Monitor. It may be a step in the right direction, but it just isn't useful in its current state.

Another new feature that isn't quite there yet is the ballyhooed Resource Governor. The Resource Governor lets you define limits on CPU and memory usage for certain workloads. This is good enough to prevent some traffic jams — like query processes consuming too many resources on an OLTP server, for example — but it's a far cry from what's needed to define and isolate rogue queries.

In short, Microsoft SQL Server 2008 is a solid release packed with significant improvements. Not all of the new features are fully fleshed out, but some are surprisingly mature and many are extraordinarily useful.

A few will allow DBAs to manage multiple servers as easily as one, and perform certain tasks and operations in a fraction of the time they take today.