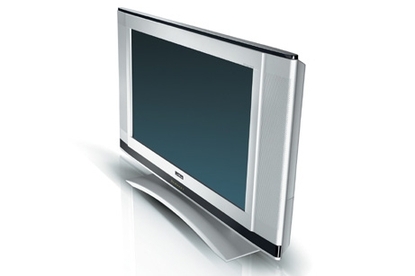 If you are looking to spend large amounts of money on an underperforming LCD TV this is the one for you.

Metz television has been in the industry since 1938 - even though most people probably haven't heard of them. They were the pioneers of the first 100Hz Cathode Ray Tube television sets and have been consistently producing high end TVs in their native homeland of Germany. In a giant push to move the company forward into the coming high definition era, Metz has now launched their first series of LCD flat panel televisions headed by its flagship model, the Milos 32S.

This isn't a television set you will find in a Harvey Norman or JB HiFi. Exclusive to specialist AV stores, the Milos is touted as being an extremely high end panel with a price indicative of its quality. Naturally, we were excited to get the Milos into the test centre as we had heard so much about it and supposed it to be a real contender for toppling the Sharp Aquos as our favourite LCD set. The reality however, was very different. The image quality of the Milos, while fairly good, does not stand up against the Aquos, Hitachi or Bravia and, in fact, struggles to compete with some of the lower priced models we have reviewed.

Aesthetically, the Milos is fairly attractive with hard lines meeting at curves on either end of the chassis. Primarily silver, the bezel is intersected with a glossy black band which sports a small panel of orange LEDs which can display the time, program information or the Metz logo. The stand is metallic and sturdy and comes packed in a separate box, so some assembly is required (though this isn't difficult). We found the LED display distracting, especially in a darkened room, as your eyes can't help but wander to the screen - an annoyance which can't be switched off.

Whether this LED issue is an issue at all will depend entirely on your own preference and is definitely influenced here by our own subjectivity. With the subjective element of our testing process behind us, we set upon the Milos with fervor, reveling in the chance to put the panel through its paces.

The first thing we tested was the menu system. One of the most unique features of this television is the on-screen help menu which is essentially the user manual at the touch of a button. The menu system was the first problem we found with this set and it was a frustrating problem to boot. The menu is terribly slow and unresponsive with a half second delay on each button press The menus also tended to be overcomplicated and arduous, a factor which we were soon to learn extended to many facets of the panel operation.

For some puzzling reason, none of the ports on the Milos have automatic signal recognition. When you plug a device in, if it has the same signal as the port default it will be displayed, however, none of our test devices worked on default connections. Our laptop did not work in the DVI slot; the Xbox 360 did not work on the component connection or with the DVI to component adapter. Our Denon DVD player didn't even work in the component or HDMI slots. After hours of trial and error we got all of our devices working but it was hours of pure rage and frustration.

When a device is plugged in, the user has to enter the menu system and set the device up. This involves first choosing an appropriate AV Channel and then the correct signal type. Once this is done, the user then needs to tell the panel to connect the device based on their settings. Automatic signal recognition would have been much easier and seems to be standard in most TVs we have tested. Why this expensive "high end" model doesn't have this basic feature is beyond our understanding. To make matters worse, the on screen help doesn't fully explain how to connect a device and the manual isn't much help either.

The Milos S series is set apart from other LCD TVs in the Metz range as it has two TV tuners as standard and higher quality speakers. As far as the speakers were concerned, we found them to be of an exceptional standard with good bass and crisp sound reproduction. However, we were slightly puzzled as to the volume settings. The volume bottoms out at 20% instead of 0%. Anything below 20% is inaudible and only really becomes useful in a lounge room environment at about 40%. 100% volume is rather loud and we were impressed with the clarity at those levels but still couldn't understand why 40% of the volume scale was unusable in a real world environment.

Having two tuner cards allows a wide range of versatility with television recording and picture in picture options and we found the tuners worked very well with no complaints. High definition digital television signals looked crisp while standard definition managed to avoid many of the up scaling problems of other sets.

We used the tests on Digital Video Essentials to explore the visual capabilities of the panel. For the most part, it was quite good but it did suffer in a few key areas. In our grey scale tests the Milos performed exceptionally when displaying light grey but tended to show darker grey with a green tint. The blacks also had this problem but not as severe. In our white on black block tests the white areas on the edges of the black background displayed a yellow discolouration, something which shouldn't be present. This discolouration was also present in each corner of the screen in white areas too, the source of which we couldn't ascertain. Both test devices showed the same problems, we even tested with different cables to make sure it wasn't a source problem.

In the colour block tests and colour SMPTE pattern tests we found that the areas between each colour block would blend into the next colour creating another form of discolouration. These patterns are meant to have clearly defined edges between each colour block and this blending is highly irregular. Concerned that the image settings may have been incorrectly tweaked prior to us receiving the Milos, we set the panel to factory default settings and performed the tests again with the same result. In addition to these discolourations we also detected a small amount of noise in the red channel as well as signal fluctuation. However, in real world viewing this would be barely noticeable.

When viewing our DVD Kill Bill we found that the Milos did an excellent job of up scaling the image to 720p from its 576i source. Many televisions we have reviewed tended to have real problems with de-interlacing and up scaling. The Milos seems to have these problems under control. A unique element of the Milos design is the use of two digital processor chips. This is the first panel to incorporate this design feature and it seems to have done its job well. Normally one chip is used and it has to both up-scale and de-interlace at the same time. In the Milos, both chips are capable of doing both jobs on their own but the manufacturers chose to have a dedicated up scaling chip and a dedicated de-interlacing chip. The result is rather impressive. While the colour is not completely uniform across the entire panel, the usual artifacts and aliasing associated with up scaled DVD images are very slight and at times, barely noticeable.

When performing our HDMI tests, we discovered that the Milos is not YpBr compatible and will only work with RGB HDMI signals. The HDMI signal was flawless, for the most part but showed the same discolouration problems as the component tests. However, DVD playback was not as good in HDMI as many of the usual up scaling artifacts were apparent. Whatever technology was employed by the component processors has not been extended to HDMI or at least not to the same extent.

The most disappointing and input was easily the DVI PC connection. We used Display Mate Video Edition for our tests but found it almost useless as the DVI connection was not stable and did not perform as it should. The image was too dark and had poor colour reproduction. We ran the tests despite the appearance of the image and found geometry problems, colour definition problems and an assorted array of visual blemishes. We checked the settings over and over and tried everything we could to improve the image to no avail. The Milos failed almost every test we ran in PC mode. Even the RGB connection via RCA cable looked better than the DVI connection and considering every LCD TV ever made has problems with analog RGB signals, isn't a result that should be associated to a TV in the Metz price range.

If you intend to run a standard DVD player and HD Digital television broadcasts the Milos would be a good set for those purposes but there are plenty of sets on the market that will do that and more, at a higher caliber and which cost far less. If you are not tech savvy, the Milos will drive you crazy during set up but once you sort it out, providing you are not connecting a PC, all should be smooth sailing. At this price point Metz really should have offered a TV with automatic signal recognition, simple yet powerful calibration and menu options and unparalleled image quality. With the flaws it has, we found it to be an underperforming and overpriced television.