One of the best music streamers available 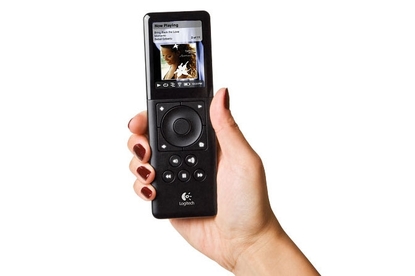 The updated Squeezebox Duet from Logitech is one of the best music streaming devices on the market, with only a few flaws.

Logitech's Squeezebox Duet is an easy-to-use network music streamer that supports a wide range of music file formats and has a great online service. The only things that stop it from being perfect are a lack of digital rights management (DRM) compatibility and an occasionally recalcitrant remote control.

Large collections of digital music are becoming increasingly common, with products like the iPod (Video) able to hold in excess of 40,000 high-quality audio files. Media streamers — including the original Squeezebox Network Music Player — are designed to wirelessly access a music database saved on a computer within range and transmit it to any connected device.

The Duet name refers to the two key components of the system. The iPod-esque remote control is the brains of the operation, with a brilliant, glossy colour screen and a circular control wheel. The Squeezebox receiver itself is a cut-down version of the original Logitech Squeezebox model, lacking any screen or control buttons. It's designed to hide away in an A/V rack, with its features accessed through the remote.

The receiver has the necessary outputs on its rear: two analogue RCA audio connectors along with optical and coaxial digital outputs. An Ethernet port is also included for a wired connection to your home network, if necessary.

The receiver and remote are incredibly easy to set up; we were able to access a wireless network within seconds of configuring everything, and then we were prompted to connect to the Squeezebox itself. All in all, the setup process (including all necessary plugging in) took under 2min.

W were then able to connect to the online SqueezeNetwork to access Internet radio. The SlimServer software that controls music files is equally easy to set up. After a quick installation, the software prompted for the location of a music database. It uses ID3 tags to distinguish between songs, artists and albums — as long as you have your music well organised, it should be a breeze. We were soon able to access every single music file in the library using the controller.

The Maestro controller means that instead of navigating through menus on the device itself, you can use the remote to access volume, song, source or audio settings. The navigation system is as intuitive as an iPod's. To start a song playing all that's needed is to select an artist or album or specific song and hit the central control button.

If there was one complaint about the Squeezebox Duet, it would be that sometimes the click wheel on the remote is overly sensitive. It's not a touch-style remote like an iPod, but uses a spinning wheel and it's occasionally possible to spin it too fast to accurately scroll through lists. However, using it would probably become second nature eventually.

Sound quality from the Squeezebox Duet is exceptional. We didn't hear any noticeable distortion while driving the JBL ES900 Cinepack system to ear-bleeding volumes, and we never noticed any tracks or Internet radio skipping or pausing to buffer. It supports a wide variety of audio types, including FLAC and OGG. However, it doesn't support any form of DRM — if you're a big user of the iTunes Music Store, this could prove difficult. The Squeezebox supports podcast access, as well as a host of Internet radio and subscription-based online radio services through SqueezeNetwork.

A huge feature of the Squeezebox Duet is its ability to be connected in multiple rooms. If you purchase additional receivers, you can control music in up to three rooms with a single remote. You can choose whether to have each room playing different music, or the same songs simultaneously. This system is intuitive and hard to fault. With no real training, we were able to get it up and running in only a few minutes, and access a vast range of music both on- and off-line.

It's not a groundbreaking product: the Sonos Digital Music System has been around for several years now. But what the Logitech Squeezebox Duet does, it does fantastically. It's a simple and intuitive system, whether you're accessing your own music library or using online content. Apart from the lack of DRM compatibility and the slightly finicky click wheel on the remote, it does a great job of playing music wirelessly.