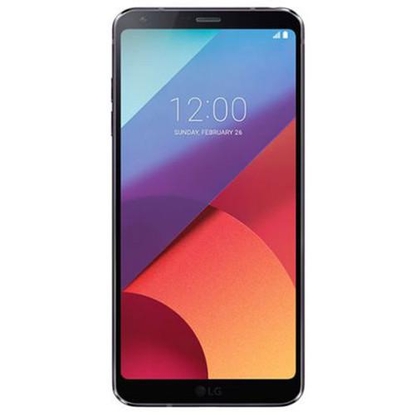 The LG G6 Plus is exactly what it appears to be - a beefier version of the already-great G6.

Earlier this year, LG got their smartphone brand back-on-track with the well-received LG G6.

I’ll defer to former PC World editor Nick Ross here. In his review, he praised the back-to-basics approach behind the device and said that “the G6 is as a good a choice as any flagship on the market right now."

Now, LG are releasing a souped-up version of the G6. Appropriately, it’s called the LG G6 Plus. With a name that suggests a more bang-for-your-buck, the question remains: does that little bit extra make LG’s last flagship worth revisiting or should potential buyers stick to holding out for the V30?

This supercharged version of the LG G6 features extra RAM, extra onboard storage and comes bundled with premium earphones (built by audio brand B&O PLAY) to take full advantage of the 32-bit Hi-Fi Quad DAC capabilities of the smartphone.

Basically, it’s the best version of the best smartphone LG have made to date. At least, until the LG V30 lands on our shores.

The LG G6 Plus features a 5.7-inch QHD+ LCD display and runs on a Snapdragon 821 processor and Android Nougat. IP68 water and dustproof, the device is also packing a hefty 6GB of RAM and 128GB of on-board storage. It’s got a MicroSD slot, charges using USB-C and boasts a 3300mAh battery.

In terms of photography, the G6 Plus has a dual 13-megapixel rear camera (with both regular and wide-angle lenses) plus a 5-megapixel front-facing camera. The main cameras have both Optical Image Stabilization and Phase Detect Autofocus and come capable of shooting video footage in up to 4K at 30FPS.

Despite the name, the G6 Plus isn’t actually any bigger than the original G6. As a result, it’s pretty much rocking the same aesthetic sensibilities and button-layout. The dual-lens camera is almost seamlessly built into the center back of the device, with the fingerprint sensor sitting just a notch below it.

As with the original G6, the ergonomics of the G6 Plus are spot-on. Right from the first time you pick it up, it feels like everything is in the right place. However, it did me a little bit of time to adjust to the location of the fingerprint sensor. LG’s designers have always been fans of sticking this feature on the back but, personally, I’ve always found front or side-mounted solutions to be a much more natural fit.

Your mileage may vary, though not when it comes to the speaker. Located at the bottom edge of the device, it often sounds pretty muffled. Again, there’s not a huge different between the design of the G6 Plus and the original G6. What worked about that phone works here just as well. If it ain't broken, don’t fix it and all that.

Still, it helps the display on the G6 Plus is a great one. Though it isn’t quite as flashy and new as it was when the G6 rolled out, the 18:9 aspect ratio results in valuable extra screen space to play with. The FullVision Display makes the G6 Plus an outstanding device for watching video content on. Images are bright and colorful, with LG’s abstract wallpapers as weirdly-compelling as ever.

The G6 Plus does come in a few more colors than the G6 (Optical Astro Black, Marine Blue and Terra Gold), in addition to being bundled with a nifty set of premium B&O PLAY headphones. For what it's worth, these sounds pretty good in action and make it much easier to get the most out of the G6's 32-bit audio capabilities.

In terms of performance, the LG G6 Plus is a little bit of a mixed bag. On one hand, the extra 2GB of RAM absolutely feels like it makes a difference. In everyday, moment-to-moment use, the G6 Plus feels snappy-as-hell.

However, on the other , the Snapdragon 821 processor that was cutting-edge back in April isn’t looking quite so sharp these days. The reality of this became more and more apparent as we ran the G6 Plus through our benchmarking process.

While it definitely kept itself in the same ballpark as the other flagships out there, it can’t quite keep pace with most of the more recent releases running on Snapdragon 835.

I was never really a big fan of the camera on the original G6, and I feel pretty similarly about the one on the G6 Plus. On paper, this camera should absolutely be able to swing it with the competition out there from Samsung, Sony and the rest of them. In practice, it looks good - but maybe not quite the “stick-it-on-a-bus-stop” level of good that other smartphone brands are hitting these days.

Even if the wide-angle camera does give you a few more options to play with, the G6 Plus’ camera fell a little short when it comes to low-light photography.

Close ups look a little sharper. However, as always, the photography potential of the G6 Plus is going to be what you make of it.

In terms of battery life, the G6 Plus comes off as just a little short of what its 3300mAh battery would lead you to believe. During our time with it, it would barely make it through the usual 10-12 hours of mixed use without a top-up during the day. Thankfully, it boasts support for both wireless charging and QuickCharge.

Regardless, for a phone that is so defined by its incremental improvements over the original G6, it feels like a wasted opportunity to have no effort made towards pushing the battery life a little higher.

While it can’t quite keep up with some of the other heavy-hitters coming in at the tail end of 2017, the G6 Plus’ solid ergonomics and lower price-point make it hard to ignore outright.  Like the name suggests, the G6 Plus is everything the G6 was - with a little bit of extra goodness thrown in for good measure.

If you bought the G6, it’s probably not worth upgrading just yet. However, if you passed on the original, this sequel might strike your fancy despite its shortcomings.

In Australia, the LG G6 Plus is available through online resellers like BuyMobile for $749.99.