Though inexpensive for its screen size, the LG 50PG30FD plasma HDTV lacks features and image punch. 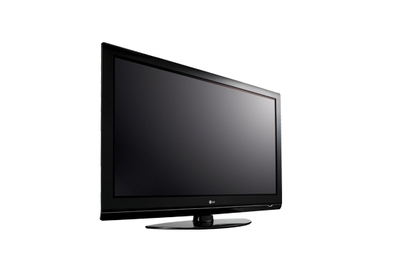 Though inexpensive for its screen size, the LG 50PG30 plasma HDTV lacks features and image punch.

The LG 50PG30FD is an inexpensive plasma HDTV with stylish looks. Its design and its range of inputs (including three HDMI ports) will attract attention, but this model's image quality is only average.

In PC World Test Center tests, our judges had a wide range of reactions to the set. It looked quite good when viewed at an angle--as you'd expect from a plasma TV. And I thought the LG 50PG30FD did a very good job with foreground and background detail (especially the latter) on our David Letterman interview clip. My least satisfying LG 50PG30FD-viewing experience was in the NASCAR clip, where I observed some motion blur and fuzziness. Other judges' appraisals were less upbeat. One faulted facial tones; another said that images appeared flat, with colors that didn't pop.

The LG 50PG30FD is easy to set up — with conveniently placed inputs and a setup wizard that asks whether to optimise for home use or store use. Six large icons form the crux of the on-screen menu; I found the menus to be logically organised--and because they were slightly transparent, they didn't block too much of the picture.

The Quick Menu offers even easier access to common options such as the set's picture and sound modes. And the selections that pop up (as icons along the bottom of the screen) when you press the input button give top priority to sources that are currently sending a signal to the TV--a time-saving touch.

But the LG 50PG30FD lacks a number of extra features. It has no picture-in-picture, and no USB or SD Card multimedia capabilities. The minimalist remote doesn't glow in the dark, isn't programmable; and can control only VCR or DVD players that support LG's SimpLink (HDMI CEC) interface.

The LG 50PG30FD finished second among our 50- and 52-inch sets in our overall rankings, thanks in large part to its aggressively low price, but it can't touch the superior design and top-of-line image quality of our number one large-screen set, the Samsung PN50A760. LG's other entrant in this category, the LG 52LG70YD, is superior to the 50PG30FD in almost every way — but it costs $1300 more.

As a pretty good TV at a very low price, LG's 50PG30FD qualifies as a bargain.