LaCie's smallest hard drive is also one of its most useful 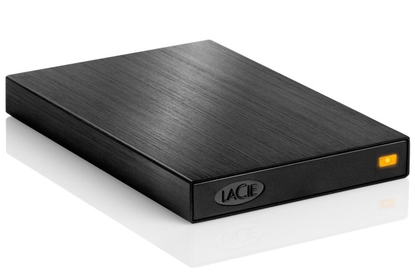 The Rikiki portable hard drive's size is certainly appealing, but it isn't the only drawcard. The hard drive provides reasonable all-round performance, at a cheaper price than most alternatives currently available.

LaCie's latest portable hard drive, the Rikiki, isn't named after the monkey from The Lion King. According to the company, Rikiki means "tiny" in French, and the name is certainly appropriate. It's smaller even than Western Digital's latest My Passport, and has a diminutive price tag as well.

The Rikiki portable hard drive's design is understated yet attractive; a black brushed metal enclosure that takes up only slightly more space than an iPhone. It's 109.7mm long, 75mm wide and 13.4mm tall, so it may even fit in tight jean pockets. Unlike LaCie's Starck Mobile hard drive, the Rikiki lacks an attached USB cable, but its easy to pick up another mini-USB cable if you lose it. 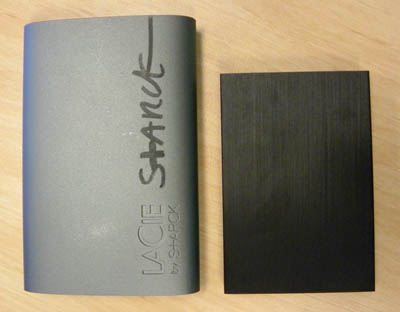 Out of the box, the Rikiki portable hard drive is platform agnostic. When you connect it to a computer running Mac OS X or Windows an auto-run setup wizard guides you through the basic steps of formatting to an appropriate file system. You can even create a second, FAT32 partition for compatibility with multiple operating systems, though this partition's size is limited to 32GB. Unfortunately, once we completed this process, we couldn't work our way back to the original setup wizard in order to revert or change our chosen file system.

For backing up files, Windows users get Genie Backup Assistant Lite, a quite capable application that lets you select multiple sources, folders and whole user profiles to back up to both local and networked locations. It even boasts AES encryption and file compression. The full version is available for US$35 and allows you to back up data to CDs, FTP servers and to Genie-Soft's cloud storage platform.

The included Mac software, Intego Backup Assistant, is simplistic by comparison, providing a clean drag-and-drop interface for backing up and synchronising data. Unfortunately, you'll only be able to synchronise one source at a time, and features like virus scans and the ability to run third-party applications automatically are reserved for the US$39.96 Pro version.

Windows users also get LaCie's USB Boost software, an optimised driver which LaCie claims can speed file transfers up by as much as 33 per cent. Unfortunately, the software doesn't support 64-bit operating systems, but for 32-bit Windows users, the performance increase is actually quite impressive. Using the software we managed an average speed boost of 5.5 megabytes per second (MBps), with read speeds sometimes improving by as much as 9MBps.

Our favourite addition to Rikiki is LaCie's Wuala cloud storage platform. Anyone can sign up for free and receive 1GB of online storage space, though purchasers of a LaCie hard drive get 10GB of storage space for up to one year. The system works by storing encrypted files both on central servers and on a storage grid spread out across thousands of computers also accessing Wuala. These files are distributed as separate fragments and your password never leaves the computers you access Wuala on. You can expand your personal storage space by buying storage in the cloud or trading storage on your own local hard drives for use in the storage grid. This also gives you a Pro account, which allows you to automatically back up local files and retain multiple versions of the same file in your Wuala account.

Using Wuala is fairly simple; just access the Java-based file browser and drag and drop your desired files into folders. You can decide which files and folders are encrypted, which are shared with friends and which are public. Alternatively, you can directly link a specific file to friends without giving them access to all of your shared data. While we're sure some will be hesitant about a storage grid, the system is certainly intriguing and easy to use.

In our tests, the LaCie Rikiki portable hard drive performed capably when dealing with both small and large files.

While this portable hard drive isn't attention grabbing like the Starck Mobile, it provides decent performance at a surprisingly affordable price. If that doesn't get you, the extra Wuala storage space certainly should.