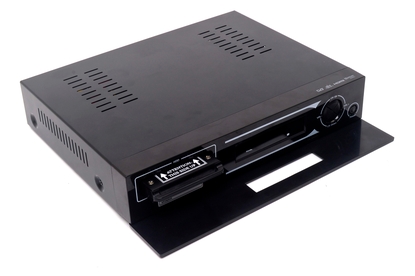 Kogan PVR 500GB HDD is a versatile and user-friendly personal video recorder. The addition of twin HD digital tuners and a removable 500GB hard drive make it one of the best valued PVRs on the market.

The Kogan PVR 500GB HDD is a personal video recorder (PVR) that can record HD television directly to an inbuilt 500GB hard drive. It follows in the footsteps of the Kogan HD Digital Set-Top-Box with PVR; a bare-bones option that retails for $69. Equipped with twin digital tuners, a removable hard drive bay, an ad-skipping feature and a 3x HDMI switch, the Kogan 500GB HDD is a supremely capable unit for the asking price.

One of the biggest selling points of the Kogan PVR 500GB HDD is its removable 500GB hard drive. Unlike most PVRs, the Kogan PVR 500GB HDD gives you easy access to the hard drive bay – which houses a 2.5in Hitachi 5K500.B HDD (5400rpm). When the hard drive is nearly full, you can simply slide it out of the device and transfer your data to a PC, before popping it back inside. This process is a lot more economical and user-friendly than burning everything to disc; especially if you're a rabid media-hoarder. 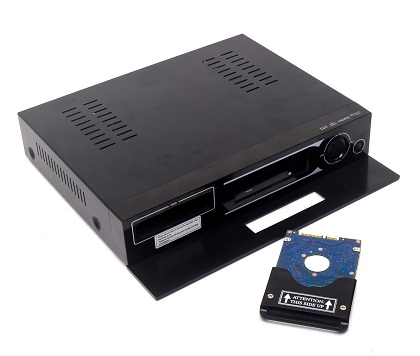 In recent months, Kogan Technologies has stepped up its game when it comes to product designs: both the Kogan Blu-ray Player Slim and Kogan eBook Reader sport sleek finishes that belie their budget price tags. While it doesn't quite reach the same trendy heights, the Kogan PVR 500GB HDD is a perfectly presentable product that you don't have to hide behind your other AV gear.

With dimensions of 292x23x55mm, the Kogan PVR 500GB HDD is fairly compact for a hard drive-equipped recorder. The front-end is complimented by a swivelling face plate with a curious candy cane finish (don’t worry – it’s not as garish as it sounds). Behind the face plate is the hard drive, power button, an LCD screen and basic playback controls. All connections (including composite, component, coaxial digital audio, S-Video, Ethernet, USB and three HDMI ports) are located at the back of the device. While it won’t win any fashion awards, we were nevertheless quite satisfied by the Kogan 500GB HDD’s design and build quality. For $329, it looks pretty good! 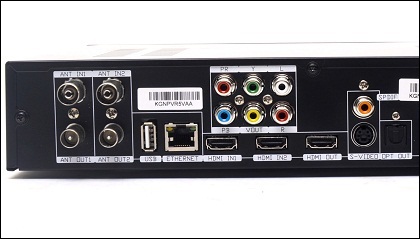 We were also impressed by the included remote control. Large, elegantly shaped and responsive, it's definitely a big step up from the cheap offering that came with the Kogan HD Digital Set-Top-Box. We didn’t experience much lag either, which is the bane of most entry-level PVRs.

To test the Kogan PVR 500GB HDD’s performance, we connected it to a Samsung Series 9 55in LED TV via HDMI and an indoor aerial. The device’s inbuilt digital tuner automatically found all free-to-air television stations in our area; a process that only took a few minutes. Picture quality was excellent, although results will be largely dependent the type of TV you own. (The device offers a maximum resolution of 1080i, which is currently the highest resolution for digital TV broadcasts in Australia.)

Scheduling recordings is a fairly straightforward process, with options to key in specific times, set weekly recordings and skip advertisements (on recorded programs only). If you’re watching live TV, the Kogan PVR 500GB HDD gives you the ability to time-shift – this means you can rewind, pause and even fast-forward TV shows. Meanwhile, the inclusion of dual TV tuners allows you to record two TV channels simultaneously. This is a huge advantage over single-tuner PVRs, such as the Sony RDR-HDC500 HDD/DVD recorder (RRP: $799). 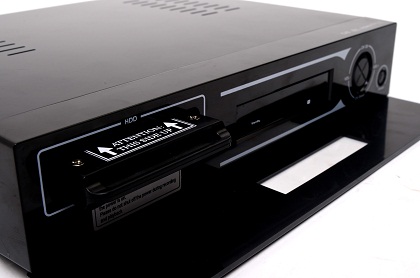 The Kogan PVR 500GB HDD’s menu is basic and functional – which is a nice way to say it’s kinda ugly. The electronic program guide (EPG) takes a bit of getting used to initially – but it gets the job done pretty well. In addition to watching and recording TV shows, the Kogan PVR 500GB HDD also doubles as a photo viewer, with support for JPEG files. Unfortunately, the USB port is located at the rear, which may restrict access depending on your home theatre setup. But this is a relatively minor quibble. All in all, the Kogan 500GB HDD is an excellent, well-priced PVR that offers versatility and convenience. Highly recommended.