A mechanical keyboard with infinite software customizability lets you pick its feel one key at a time. 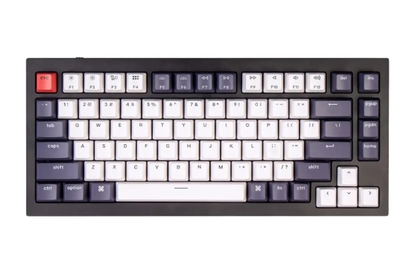 You can get a pre-assembled Keychron Q1 or mix-and-match keyswitches and keycaps. Whichever choices you make, powerful open-source software puts control in your hands.

Mechanical keyboards have risen in popularity for several years with the re-introduction of something remarkable in the peripheral world: innovation. When keyboards became highly commoditized and inexpensive, paired with many computer systems including a perfectly good to excellent typing device, the larger keyboard market deflated.

But people missed the ability to have choice, quality, and pizzazz. Keychron is one of the companies that rose to fill this gap. Their latest keyboard, the Q1, is an excellent addition to their existing portfolio of keyboard sizes, styles, and features.

For a customizable mechanical keyboard that comes with high-quality keyswitches and is compatible with others, the Q1 is also affordable. A basic assembled version runs $179 (currently $169). Keychron will sell you alternative keyswitches, keycaps, and other parts for competitive prices, or you can source from many other companies and projects.

The keycaps included and alternatives offered by Keychron are double shot, a very tweaky method of using die-injection molding to merge the key's label and color in one pass and the surrounding key body in the second pass, or shot. Unlike silkscreened and other methods that put ink onto a keycap, the label on double-shot keycap never wears away. 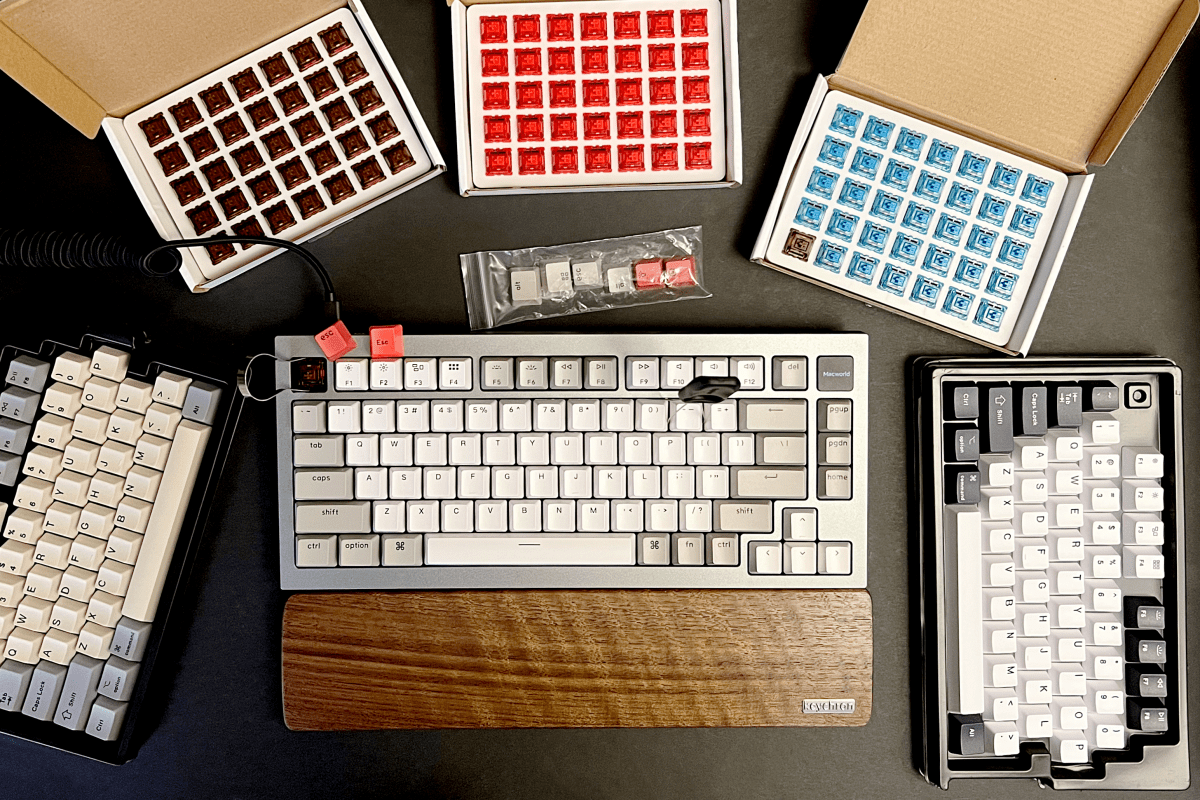 We tried a number of keyswitches and keys in testing the Keychron Q1. Just a sampling of what's possible appears. Image: Keychron

The Q1 is a so-called 75% keyboard. Where a 100% keyboard has a full function row, separate area for navigation (like home, end, forward delete, and arrow keys), and a full numeric entry keypad, a 75% keyboard has an abbreviation function row, no keypad, and a handful of navigation keys, including arrows. (There are common alternatives, too, like a 60% for laptops and a tenkeyless that omits just the keypad.)

The keyboard's case is a highly produced piece of aluminum: milled by CNC, anodized, sandblasted—it's fancy looking, nice to the touch, likely to last through winters and wars, and heavy. Its mass is a large contributor to the 3.5-pound (1600g) assembled weight. 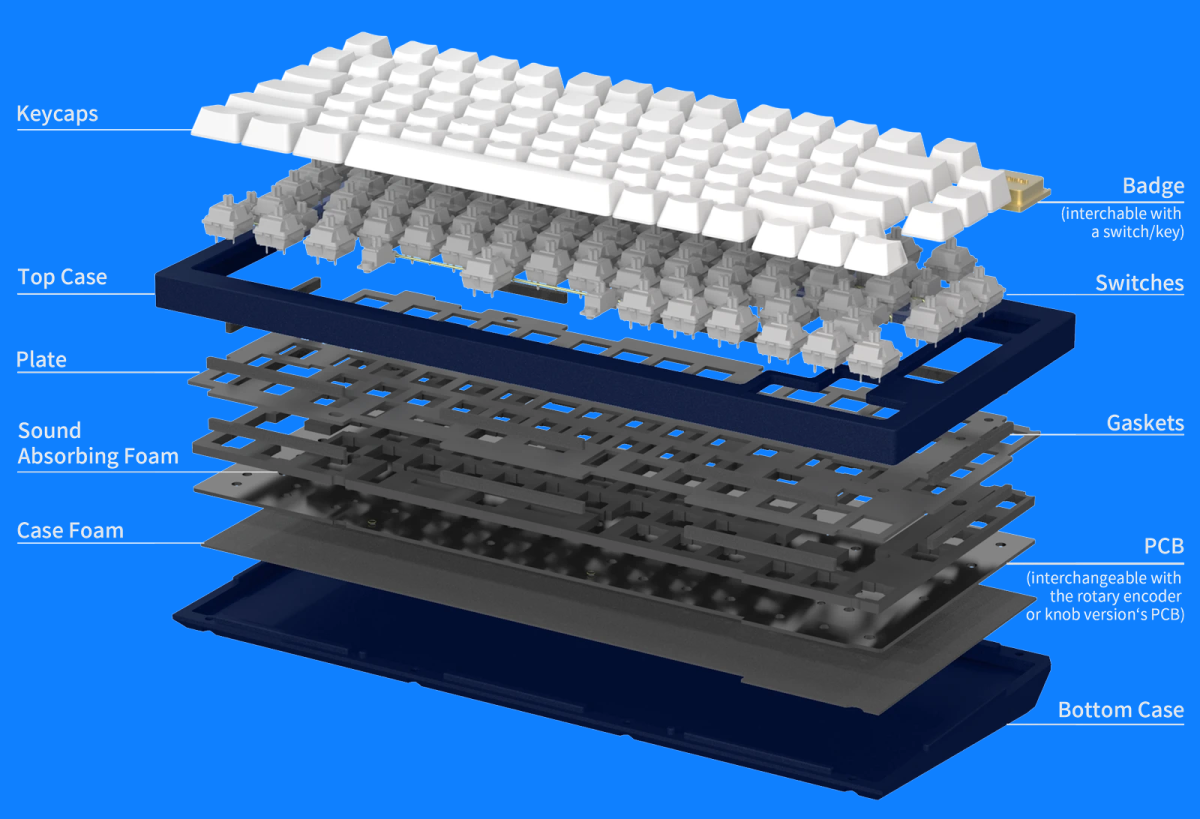 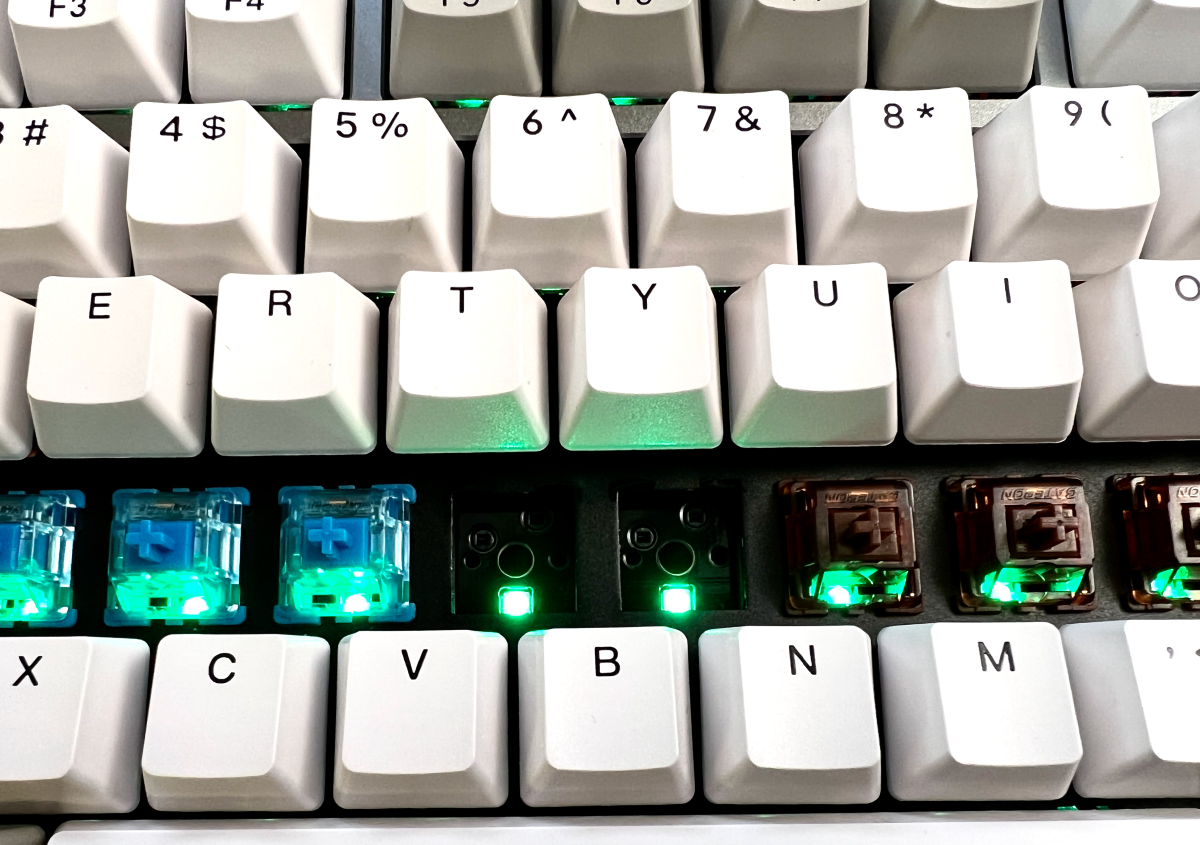 You can swap keyswitches even while the keyboard is connected and active. Image: IDG

The Gateron Phantom keyswitches—available in assembled versions and as separate purchases—comes in quiet (red), gentle (brown), and clicky (blue) versions. As a decades-long touch typist who taps in thousands of words a day, I prefer clicky keyswitches. The keyboard arrived configured with quiet (red) switches; I swapped in some clicky ones to test the contrast.

I found typing to require slightly more effort than with my usual mechanical keyboard, a mildly clicky keyboard, but that's also due to the newness of the keyswitches and getting used to the ever-so-slight difference between a 100% and a 75% keyboard. For the fundamental task of allowing comfortable keyboard entry, the Keychron Q1 succeeds.

Accompanying documentation warns an owner about taking care with seating keyswitches. But despite my best efforts, I managed to bend one of the two pins on a few of the keyswitches I inserted. There's a knack that takes some practice. 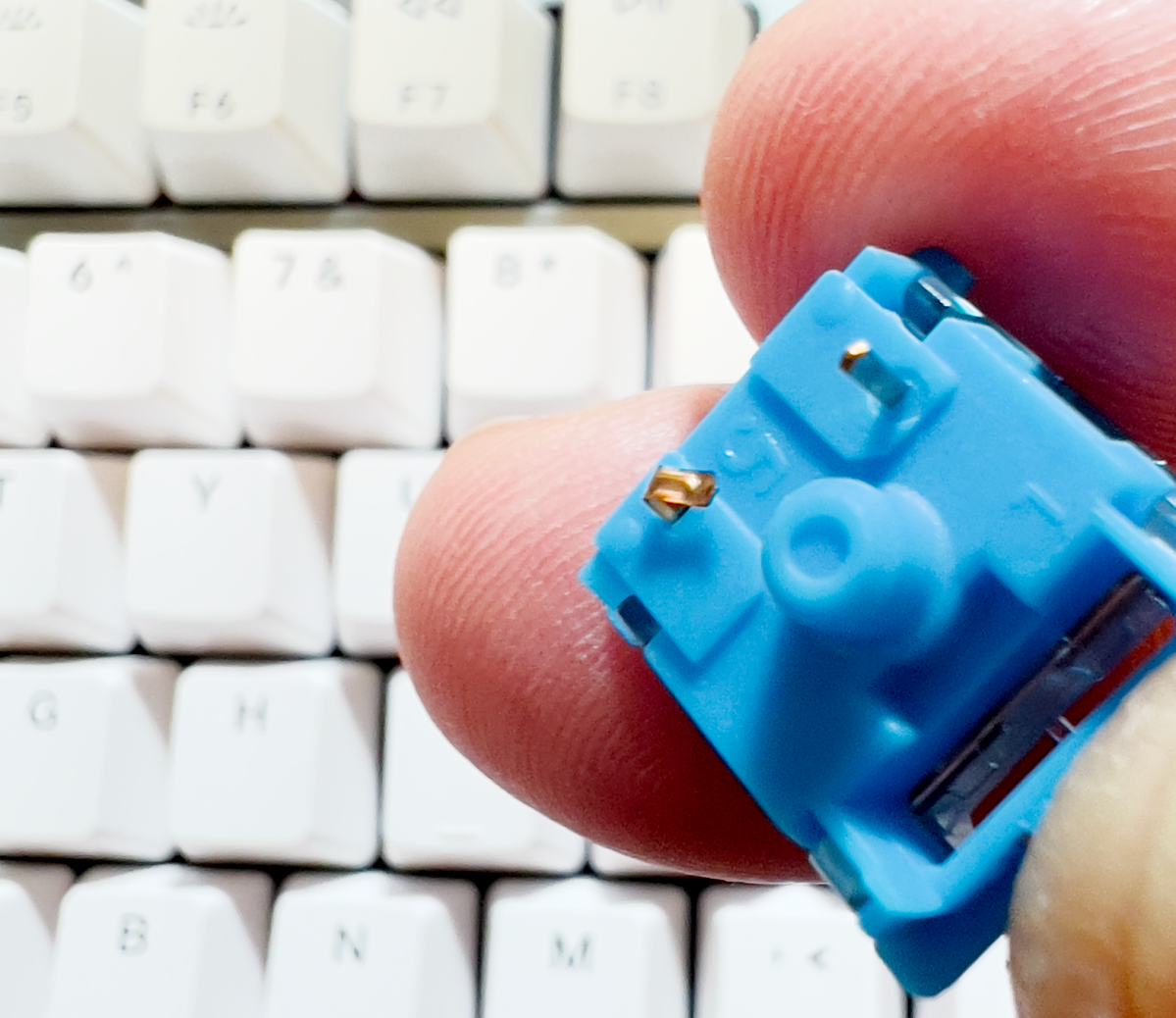 There's a knack to avoiding pending a keyswitch pin with just two to line up. Image: IDG

The keyswitches are slightly translucent, allowing RGB LEDs to shine through if you've enabled them. Keychron likes to emphasize these are south-facing LEDs, meaning the light emits from near the bottom portion of the socket, passing the light more readily to view. A few keyboard shortcuts let you adjust the LED lighting pattern and brightness, and toggle it on or off.

While Keychron had several models for sale already, the company's goal with the Q1 was to build it around the open-source QMK firmware project and pair it with the open-source VIA keyboard programming software. You never need to learn either name to use the Keychron Q1. But the keyboard likely appeals more to people who want some combination of QMK's flexible configuration and VIA programming to create specialized keyboard layouts that can be swapped in and out, design macros for complex tasks—or produce the equivalent of laser-light shows with keyboard's RGB LEDs.

The Keychron Q1 has a USB-C jack and comes with what it calls a premium coiled aviator cable, which will remind some of us of keyboards of yore. The cable is actually two parts, one coiled and one straight, and each of which has a USB-C jack at the end; a USB Type-A adapter is included. The two halves connect with an industrially styled metal screw lock—possibly overkill, but very much keeping with the aesthetic.

For average typists and even mechanical keyboards lovers, the Keychron Q1 is likely overkill. But it's quite pleasing to look at, nice to type on, and offers a lot of customizability to grow into at every level of its design. If you want a fancy keyboard at a not-too-fancy price that you can explore making your own, the Keychron Q1 checks all the boxes.