Jabra Elite 75t true wireless earbuds review: Proof you don't have to be the best to be great 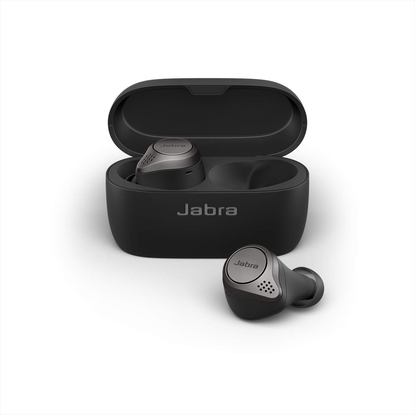 With the Jabra 75ts, the brand continues to build on an already-strong foundation with small but meaningful improvements.

Should I buy the Jabra 75t true wireless earbuds?

If you’re looking for a set of true wireless earbuds that do more than just tick all the boxes but don’t cost the world, the Jabra 75t are a safe bet. The quality of experience you’re getting here feels a step above the cheaper options even if it doesn't quite manage to outshine the best the category has to offer.

In Australia, the Jabra 75t true wireless earbuds are priced at an RRP of $299.

In Australia, you can find the Jabra 75t true wireless earbuds for $299. You can buy them through:

Where the Elite 65ts felt like a more significant evolution on earlier iterations of Jabra’s Elite true wireless earbuds, the Elite 75ts feel like a more cursory update. The kind of iteration borne of obligation rather than necessity. They’re better what’s come before by all the standards that matter but they’re not all that different.

As someone readily familiar with Jabra’s past efforts, the most immediate thing I noticed was that the charger case (and the earbuds contained therein) are a little smaller this time around. However, it’s the smaller revisions here that proved more consequential than any raw gains in form-factor.

Rather than push outward, the case for the Jabra 75t true wireless earbuds curves in on itself. Where the 65ts had a conspicuous microphone branching out from them, the mics on their successors work to compliment the curved body of the earbuds themselves more naturally.

Still, even if the shape of the 75ts has undergone something of a metamorphosis, the broad strokes of the thing remain unchanged. It’s still a techy-looking blend of grey, black and silver linings. They still look like earbuds, minus the wires.

If you’re the kind of person who wants to take a set of earbuds out of the box and use them right away, then I’ve got good news. The Jabra Elite 75t true wireless earbuds will totally let you do that. However, as with the Jabra 65ts, you do have the option to further enhance and customise the experience using the audio-centric Jabra Audio+ app.

The Audio+ app allows you to mess with equalizer settings, configure how much sound you want to let through and toggle which voice-assistant you want to have on speed-dial. Everything here is reasonably useful but audiophiles might come away at the bluntness of the limitations.

When we reviewed the 65ts, our experience with this app was a little mixed. Fortunately, this time around, things were a little more consistent. We had no weird crashes and the app connected with our earbuds consistently and cleanly. It seems like Jabra has improved the software side of the equation in a real way.

As for the audio quality, I found that the Jabra 75ts sounded good even if they didn’t quite blow me away. They don’t sit on the cutting edge of true wireless audio but they’re not that far off either.  The snug fit does more to keep out external noise than any real noise-cancelling tech and you’re left with a pretty proficient soundscape. The Jabra 75ts fall short of sounding truly exceptional but they’re consistent enough to get by regardless.

Montaigne’s anthemic “Don’t Break Me” soared, the melodic tick-tock of Tone and I’s “Dance Monkey” carried the appropriate amount of verve and Watsky’s melancholic “Undermine” all managed to impress me through these earbuds - even the sound lacked the depth found in more-premium fare like Sony’s WF-1000XM3.

A fully-charged Jabra Elite 75t will net you about seven and a half hours of usage per charge. Factor in the charger case, you're looking at about 28 hours of total usage.

Though this isn't quite industry leading, it's still a huge improvement and something that brings the Elite 75ts in closer competition with stuff like the AirPods. Previously, the AirPods had a pretty solid lead when it came to battery life. These days, not so much.

With the Jabra Elite 75ts, the brand continues to build on an already-strong foundation with small but meaningful improvements. Though the design is more of an update than a reimagining, it manages to be better in enough of the ways that count that it’s hard not to be pleased with the final results.

Although they fall somewhat-short of securing the crown for best true wireless earbuds, the Jabra Elite 75ts show the company still knows exactly what they’re doing when it comes to the category. You don’t have to be the best to be great.