The HTC Droid Incredible might be the best Android phone available 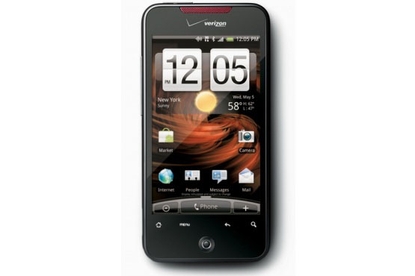 The HTC Incredible is one of the most impressive Android phones available with a gorgeous display, slick user interface, and lightning-fast processor.

The HTC Droid Incredible impresses with its speedy user interface, gorgeous AMOLED display and fun Sense user interface. Other than some minor design qualms, this smartphone truly lives up to its name. Sadly, there's no word on whether Australians will ever get a chance to own this Android-based smartphone

Another difference from the Nexus One is that the Droid Incredible has an optical mouse as opposed to a trackball. Like RIM BlackBerrys, HTC seems to be making a shift from trackball to optical (both the HTC Desire and Legend sport an optical mouse).

The Droid Incredible runs Android 2.1 with the revamped Sense interface, which offers some useful new functions for easy navigation. For more information about Android 2.1's features, check out our review of the Google Nexus One.

My favourite new Sense UI feature is Leap, which essentially is an elegant way of handling multitasking (a bit reminiscent of Palm's webOS deck of cards visualisation). Pinch anywhere on the homescreen, and you'll jump to seven thumbnail versions of your open pages. From there, you can go to any of those open applications or close out of one. Thanks to the Droid Incredible's speedy 1GHz Snapdragon processor, this feature works extremely well, too.

Friend Stream, HTC's social network aggregator, allows you to view your friends' status updates, shared links, and pictures all in one seamless view. Supported social networks include Twitter, Facebook, Flickr, and others. I find these social network feeds a bit annoying (do I really need to see everybody's Tweets and Facebook status updates all mixed up together?), but I suppose if you're an avid social networker seeing all of these updates in one place is useful.

One feature I found especially cool: You can tap and drag to highlight a block of text and either look up a word in a dictionary or translate it via Google Translate.

Along with the standard Android applications, like as Gmail, Google Talk, and YouTube, you also get HTC's Twitter app, Peep, and its photo geotagging app, Footprints.

While 5-megapixel cameras seems to be the standard for high-end smartphones for right now, expect to see a lot more 8-megapixel camera phones in the near feature. Overall, I was impressed with the Droid Incredible's camera, but I didn't think it was as good as the Sony Ericsson XPERIA X10. You press the haptic mouse to snap pictures, which works okay, but I found myself wishing there was a dedicated camera key on the phone's spine. The phone just didn't feel as steady in my hands and sometimes my pictures looked a bit blurry. Otherwise, I was very impressed with my outdoor shots. Colours appeared bright and natural, details looked sharp. There was also very little shutter lag. My indoor shots looked good as well, though a few had a bit of yellowish tint. The flash also seemed a bit unpredictable as to when it decided to go off, as well. Many of my indoor shots were pretty well lit so when the flash went off, details and colors were blown out. Nighttime snapshots looked good, however-better than most smartphone cameras with flashes.

The Droid Incredible can shoot high resolution video up to 800-by-480, but you can't shoot 720p quality video. The camcorder is fine for quick clips, but I was disappointed by the slight pixelation in my videos.

I do wish that HTC would have updated the Sense media player. It is slightly prettier than the dull-as-dirt Android player, but I prefer iTunes or Palm's webOS player. Audio playback sounded good, though and the player supports a respectable range of audio and video formats.

Video playback over YouTube was as good as YouTube can be. I downloaded a few movie trailers, however, and was impressed the smooth playback, sharp details and clean colours. The Droid Incredible also supports Flash Lite, but I had trouble playing Flash content. I also encountered this problem with the HTC Hero on Sprint.

The HTC Droid Incredible might be the best Android phone available. But how will it compare with the incoming iPhone 4G with its alleged front-facing camera and higher resolution display? Smartphone shoppers will have some enticing choices this summer, that's for sure.