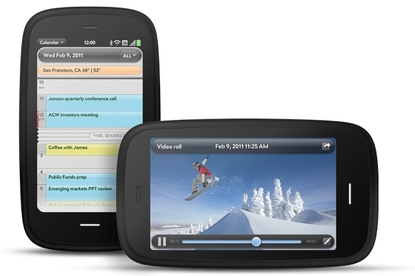 HP's first webOS smartphone, the Pre 3, builds on the foundation of Palm's original Pre devices, but ups the ante with a bigger screen and a faster processor.

HP is attempting to become the latest significant player in the ever-popular smartphone category by launching the Pre 3; a smartphone running Palm's webOS operating system.

The HP Pre 3 smartphone has a 3.6in touchscreen with 480x800 resolution, a 5-megapixel camera that doubles as a HD video recorder, and a front-facing camera for video calling. The Pre 3 is powered by a 1.4GHz Qualcomm processor, will come with 8GB or 16GB of memory and has 512MB RAM.

The HP Pre 3 smartphones runs the Palm developed webOS operating system which powered the Palm Pre smartphone; a product that sadly never made it to Australian shores. HP acquired struggling Palm for US$1.2 billion in July 2010, and the Pre 3 is one of the first in a suite of webOS-powered products promised by the company.

A key feature of the HP Pre 3's webOS operating system is multitasking via "cards" — a unique way of swiping through multiple open applications. HP claims users can easily move back and forth between cards, as well as group related cards in stacks.

Other features of the HP Pre 3 smartphone include HP Synergy, which groups contacts from multiple sources in a single application, Flash support, and the ability to synchronise documents with Google Docs, QuickOffice, Dropbox and Box.net. The HP Pre 3 can also act as a wireless mobile hotspot, sharing the phone data connection with multiple devices.

The HP Pre 3 smartphone also has "Touch-to-share" technology, which enables users to share content, read text messages and answer phone calls from a compatible HP smartphone or TouchPad tablet by simply tapping the devices together.

HP hasn't yet confirmed whether the Pre 3 smartphone will launch in Australia.