The Pavilion Phoenix HPE is designed to appeal to gamers and all sorts of other users who want fast processing. Looking at its price tag, you would think it would have the best parts in the industry, but instead it's kitted with a mainstream graphics card and a CPU that's not quite the fastest available. If you have the know-how, you can build a better machine for a lot less than its exorbitant asking price.

No one really talks about desktop PCs anymore, but there are still quite a few kicking around. HP is still in the game, and the company's Pavilion HPE Phoenix model aims to please gamers and other users who have a thirst for power. It's not the type of PC that's easily affordable though. With a price tag of $2799, only those with deep pockets need apply, and that's without a monitor, too. If you want to buy the beautiful HP 27in, Full HD monitor that we attached to this PC, then the overall price will be $3348. We can't remember when we thought paying over three grand for a PC was a good deal (perhaps the Alienware Aurora ALX that we reviewed in 2009), so let's examine in detail what the Phoenix offers.

First and foremost, it's not a big PC. It ships in a mini-tower ATX case with a 600W power supply that has barely enough room for all of the components that it houses and very limited expansion except for a couple of hard drive bays. On the plus side, it won't be an eye-sore — it's definitely a good looking machine and it has conveniently-located USB ports and memory slots on the front panel, which can be concealed when you're not using them. Some red, glowing highlights provide a fiery style that you probably won't get sick of looking at. There is also a red light installed in the extraction fan at the rear of the case, and a small window in the side panel allows the glow from this light to emanate. It's not often that a big vendor puts a windowed side panel on their PC, and this also serves to highlight the demographic that this machine is targeting: gamers.

The graphics card that's installed is an AMD Radeon HD 6850. It's not a high-end model. In fact, as far as gamers are concerned, it's a mainstream model. Depending on the brand you select, you can pay as low as $180 for one. That hardly puts a dent in this machine's $2799 asking price. Nevertheless, it's still a fast graphics card. It has a 775MHz clock speed, a 1GHz memory speed and it features 960 stream processors. To put it in perspective, the high-end card in AMD's arsenal is the Radeon HD 6990, and this has an 830MHz clock speed, a 1.25GHz memory speed and 3072 stream processors, which means it can render many more pixels on the screen than the 6850 in the same clock cycle, but it also costs close to $1000.

The CPU in the Phoneix is an Intel Core i7-2600, which has a speed of 3.4GHz (its TurboBoost is 3.8GHz), four cores, plus Hyper-Threading. It's a very fast CPU, but again, it's not the pinnacle in Intel's Core i7 desktop range — that honour (at the time of writing) belongs to the Core i7-2700K. If you wanted to buy that CPU on its own, it would cost you around $350. Joining the CPU is 16GB of 1333MHz DDR3 SDRAM. This is as much RAM as the motherboard can take via its four DIMM slots. Conservatively, buying two pairs of twin 4GB memory packs could cost you around $210.

As for storage, the Phoneix has one 2TB drive with a spin speed of 7200rpm. It sits upright near the front of the case in a cage that can also accommodate two more drives. There isn't a fan installed in this part of the case, but there is a vent for cool air to pass through the system (and then exit at the rear). Hard drive prices have gone up significantly since the flood disaster in Thailand and a 2TB Hitachi Deskstar such as the one in the HP can currently be found for around $210. You also get a DVD burner/Blu-ray burner combo drive as standard, which can be found for under $200 if you were to buy one separately. 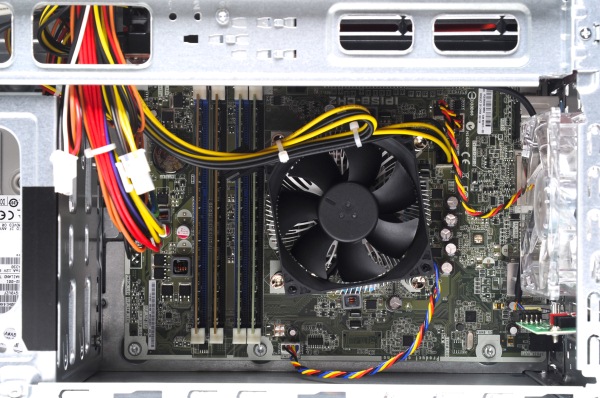 The CPU sits at the bottom of the case in an upside-down ATX layout with the graphics card sitting above it. To the left of the CPU you can see the 16GB worth of RAM that is installed. 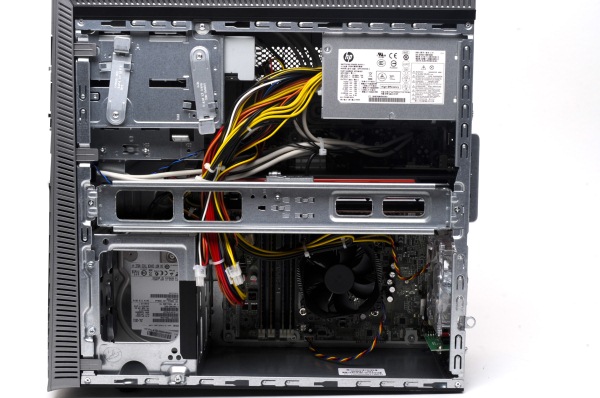 It ships in a micro-ATX chassis that has little room for expansion and there is nothing special about its build quality. It looks like something anyone can put together themselves if they had the parts and know-how. 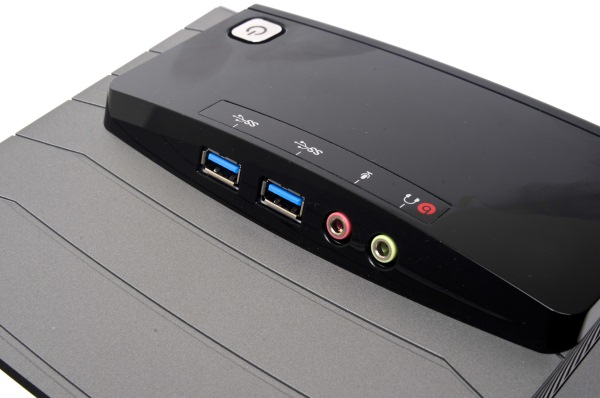 The most interesting part of the case is the port cluster at the top, which offers easy access to two USB 3.0 ports as well as headphone and microphone ports.

Is it worth it?

So where does this leave us in the tally? The components we've looked at so far would cost you around $1100 (and that's factoring in recent hard drive prices rather than the lower prices that were around when this machine was built). That leaves $1699 for the components that we didn't include in our calculation: Windows 7 Home Premium ($110 for the OEM version), the mini tower case, the micro-ATX motherboard, the 600W power supply, a Wi-Fi adapter, a hybrid digital TV tuner ($100 for a Compro T750F, for example), an HP-branded Windows Media Centre remote control, and a cordless keyboard and mouse. Adding the TV tuner and Windows, that still leaves $1489.

A case, power supply, internal 2.4GHz Wi-Fi adapter and cordless input peripherals are never going to cost that much, so let's just say that if you had the know-how and time to source all the parts yourself, you could build a PC that would be the equivalent of the Pavilion HPE Phoenix and and save yourself over $1000 in the process. And that's not taking into account that HP would never pay full retail prices for all the parts in its machines. If you did it yourself you probably wouldn't end up with a motherboard with a Beats Audio chip in it, and you might not even get a case that integrates the single-band Wi-Fi adapter and infrared remote control receiver as well as the HP's case, but we don't think these things are worth anything close to $1000. And it's not like you get a super support package for the price either — it comes with a 12-month on-site parts warranty.

As for the machine's performance, there is no doubt it's fast. It finished our Blender 3D rendering test in only 17sec, our iTunes MP3 encoding test in only 38sec and our DVD-to-Xvid conversion test in only 37min. It's a beast of a machine when it comes to tackling multimedia tasks such as transcoding, encoding and rendering, and we see it being of benefit to anyone who works in design, animation or video fields.

Its 3DMark06 score of 22801 is definitely a fast one, and it indicates that the machine will definitely handle most games that you throw its way, even Battlefield 3. It ran Battlefield 3 at between 40 and 50 frames per second at a resolutoin of 1920x1080. There was some jerkiness at times. However, for the price you're paying, a beefier mid-to-high-end graphics card should be included, rather than a mainstream model. The hard drive proved to be very quick thanks to its high data density, recording a brilliant 192 megabytes per second in our file copy tests.

There's no doubt that the HP Pavilion HPE Phoenix looks good and would make for a classy addition to a bedroom or home office. However, it's just too expensive for what it is. Considering its $2799 price tag, it should have proper high-end components installed instead of the mainstream graphics card and 'almost' high-end CPU. It has 16GB of RAM and a 2TB hard drive installed, which makes it seem like this PC is super-high-end, but RAM is comparably cheap these days, and before the recent price increase, hard drives were also very cheap. Because of this, we don't think this PC is good value at all. We could see the value if there was more to the design of the case, for example, but it's as plain as it gets except for a sliding panel on the front, some lights and a tiny window. Negativity aside, if you're the type of person who doesn't have time to source alternative models or build a PC on your own, and you also happen to have very deep pockets or a boss willing to pay for this machine for you, then go for it.