Even though it's a small laptop, the 12in EliteBook 2540p is no mug when it comes to performance. It also doesn't make any compromises when it comes to features. You can think of it as a laptop that has all the mobility benefits of a netbook, yet the performance and features of a mainstream desktop. This combination comes at a high price, but if you can afford it you'll definitely get a lot of out this little notebook.

HP's EliteBook 2540p is a small, strong and well-featured 12in business notebook that will run pretty much any office application you throw at it. It has a fast yet power-efficient Core i7 CPU under the hood, as well as plenty of RAM and disk space. However, it’s the exterior of the laptop that immediately impresses everyone who holds it.

The Elitebook 2540p has a scratch-proof lid made out of anodised aluminium; its screen is held by metal hinges; and it even meets military specifications (MIL-STD 810G) for vibration, dust, humidity, temperature and altitude. (You'll apparently have no problem using it at 24,300 metres, as long as you're wearing a space suit.)

It looks the same as the HP Elitebook 2530p, but there are some differences in the ventilation and the placement of ports. The right side of the chassis shows the most evolution, as it now has a combined microphone and headphone port (instead of two individual ports), and a USB port has been removed in order to make way for a DisplayPort. Furthermore, the air vents, which used to be located on the underside of the laptop, now stretch all the way up the right side, allowing more air to escape.

There are three USB 2.0 ports on this laptop (up from two on the previous version), and two of these ports are located on the rear where the Kensington lock used to be. The Kensington lock is now located on the right side, but its position is right next to the port replicator slot, which could make it awkward to use both features at the same time.

On the 2530p, the fingerprint reader was located in the centre of the right palm rest and was a nuisance while typing. On the 2540p, it has been moved up a little. Even so, it can still sometimes get in the way when you type (although not as much); if your palm swipes it accidentally, the HP security software will be initiated.

The 2540p weighs 1.8kg, which is slightly heavier than the 2530p's 1.7kg. A built-in DVD burner, decent speakers and a comfortable, spill-resistant keyboard help account for the weight. The notebook actually feels a little heavier than 1.8kg because it's so compact.

We love the screen on the 2540p: it is bright and has a built-in ambient light sensor and a pop-out keyboard light. Both of these features were very useful during our tests; especially the keyboard light, which is great for night-time typing. The only thing we don't like about this laptop is its row of touch buttons across the top. They are constantly lit up and which sometimes take a few seconds to respond when you touch them.

When reviewing an HP product, it's almost customary that we gripe about the preinstalled software. The 2540p does have some annoying software already installed (such as the HP Support Assistant, which initiates pop-ups at the most inconvenient times). However, most of the applications included with the laptop are not installed, and you can launch the HP Software Setup program to add the ones you want. Applications available include HP ProtectTools security software, drive encryption software, and LoJack tracking software. We've talked a bit about HP's ProtectTools and encryption software in our review of HP's ProBook 6540b notebook. 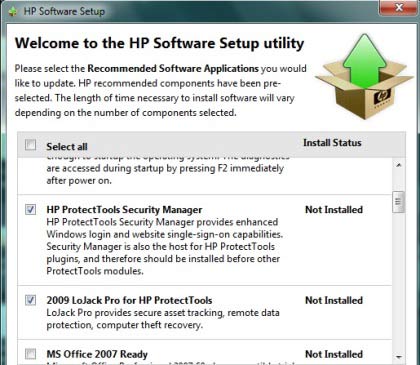 If you want to use the security tools that are supplied with the EliteBook 2540p you'll have to install them yourself.

Compared to the 2530p, the 2540p has much improved innards. Its 4GB of DDR3 SDRAM is twice as much memory as the older model, it has a faster Intel Core i7-640LM CPU that can simultaneously process up to four threads, and it has a faster integrated Intel HD graphics adapter. The Core i7-640LM CPU is an ultra-low-voltage processor that runs at 2.13GHz and has a Turbo Boost of 2.93GHz, so it is quite zippy despite being power efficient. The notebook has a 1.8in 250GB hard drive that spins at 5400rpm and is energy efficient but quite slow. It recorded an average transfer rate of 18.43 megabytes per second, which is slower than the 19.03MBps achieved by the 2530p. 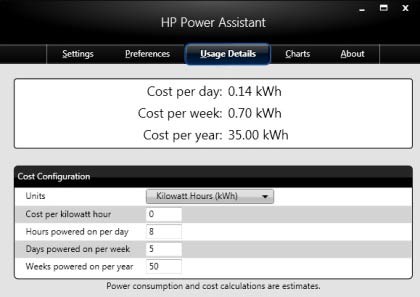 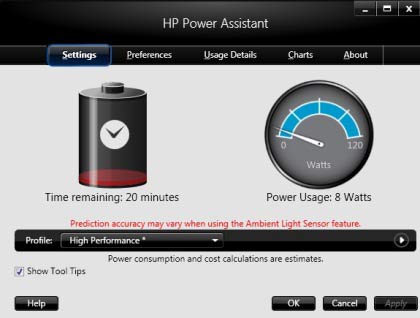 The 2540p has been built with a minimum of 12 per cent recycled plastic and it's designed to be energy efficient — it even ships with a utility that can show you how much power you're consuming. The 2530p was also an energy-efficient laptop; so much so that it was one of the laptops used by the crew of the Plastiki.

In our Blender 3D rendering and iTunes MP3 encoding tests, the 2540p's CPU proved that, despite being an ultra-low-voltage model, it can still be used for relatively taxing tasks. It completed the Blender and iTunes tests in 61sec and 62sec respectively, and this represents an improvement of approximately 30sec over the 2530p's Intel Core 2 Duo SL9400 CPU. In the 3DMark06 tests, the 2540p scored 1515, which means its graphics adapter is over twice as fast as the 2530p's. It took 1hr 10min to encode a DVD to an Xvid file, and this is on par with what the much bigger Dell Inspiron 15R N5010 achieved in the same test with its 2.4GHz Core i5-520M CPU.

The 6-cell, 55 Watt-hour battery lasted 2hr 47min in our rundown test, in which we disable power management, enable Wi-Fi, maximise screen brightness and loop an Xvid-encoded video. You can get over four hours out of it if you use HP's stringent, built-in power management plans while using the notebook for Web browsing and document creation.

Overall, the 2540p is faster and has more connectivity options than the 2530p. It's also expensive. But if you're in business and you want a strong yet small and fast notebook with good energy-efficiency credentials, then it's worth hassling your financial controller so that can eventually get your hands on it.