HP's EliteBook 2530p is a small and sturdy notebook with long battery life. 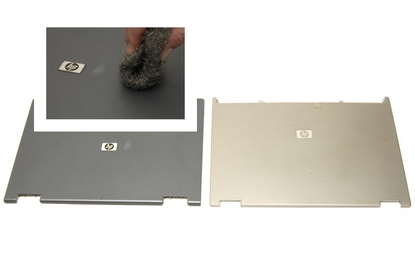 Small, strong and well-featured, HP's EliteBook 2530p is an ideal choice for business users who want something that will withstand the rigours of travel and last a long time away from a power outlet.

HP's EliteBook 2530p is a 12in laptop that weighs 1.7kg, yet packs in a lot of features. It's aimed squarely at business users and has a tough exterior that protects it from knocks and scratches while on long business trips. However, it's not perfect, and could still use some refinement in its design.

In particular, we don't like the placement of the fingerprint reader, which sits on the right side of the palm rest. Your palm can inadvertently hit this as you type, which summons a dialogue box on the screen that can take the focus away from your work. The fingerprint reader would benefit from a cover or even relocation to the touchpad area.

That quibble aside, the HP EliteBook 2530p is portable and offers good processing speed for office applications and basic multimedia work (such as photo editing, simple audio editing and creating presentations); it even has enough grunt to perform media encoding and more advanced photo editing. It has 2GB of RAM, integrated Intel GMA X4500 HD graphics, a 120GB hard drive, and a 1.86GHz Intel Core 2 Duo SL9400 low-voltage CPU.

It recorded a time of 1min 31sec in the Blender 3D rendering test (where we render a 3D image using both cores, therefore maximising CPU usage), which is a good score considering the CPU is a low-voltage model. For example, it competes well with the Toshiba Satellite A200 (PSAE3A-07M007), which is a bigger, mainstream notebook with a non-low-voltage 1.86GHz Core 2 Duo CPU. Most bigger, mainstream models with faster non-low-voltage Intel Core 2 Duo CPUs can complete this task in 1min 10sec (Sony's VAIO VGN-Z17GN/B is one example).

The notebook has a 1.8in hard drive with a spin speed of 5400rpm. It recorded a transfer rate of 19.03 megabytes per second in our tests. This is on par with other 5400rpm drives we've seen in recent notebooks (such as the Sony VAIO VGN-Z17GN/B). The laptop's graphics performance is slow, however. You won't want to use it for any 3D work (it's not designed for that anyway), as its 3DMark06 score of 654 can attest.

What's great about the HP EliteBook 2530p is its 55Wh (Watt hour) battery, which lasted over four hours when using Microsoft Word, viewing photos and browsing the Web. You'll also be able to watch a full-length DVD on it without it conking out before the ending. The battery life will vary depending on your usage and how CPU-intensive your tasks are. File compression, multiple Web site windows with plenty of Flash advertising, and image editing will drain the battery quicker. Before you take the laptop out on the road, you can press the button on the battery to check its level. This saves you from booting up Windows XP (it comes with XP installed, as well as a licence for Windows Vista Business).

If all you need to do is check an e-mail or access your calendar, you can use the EliteBook 2530p's built-in QuickLook feature. This can be invoked as the laptop boots, and instead of booting into Windows it will boot into QuickLook to let you access Outlook for your e-mail, calendar and contacts' details. It's a good time and power saver when you're on the road.

The build quality of the HP EliteBook 2530p is one of the highlights. It has a very strong lid and chassis design. It's built using anodised aluminium and has metal hinges and a metal latch. Its lid won't scratch, even if you scrub it with steel wool. (It's still a good idea to carry the laptop in a protective bag!) The inside of the lid has a honeycomb design that maintains structural integrity but cuts down on the notebook's weight.

The HP EliteBook 2530p is a comfortable laptop to use. Its keyboard has full-sized keys except for the tilde, arrow and function keys. However the keys could be firmer; they feel a little sponge-like when pressed. The touchpad is smooth and responsive and has soft, silent buttons. There is also a TrackPoint device installed, which you can use instead of the touchpad.

The HP EliteBook 2530p offers ample connectivity: you get two USB 2.0 ports, FireWire, an ExpressCard/54 slot, an SD card slot, a 56Kbps modem, Gigabit Ethernet, 802.11n wireless networking, a D-Sub port, and microphone and headphone ports. There are a lot of other features, too, such as hard drive encryption, a keyboard light built into the screen, dynamic brightness control (which changes the brightness level depending on the light in your environment), and a slew of other utilities. We wish it didn't come with a trial version of Microsoft Office 2007, but this can be easily uninstalled (or upgraded to the full version, if you wish).