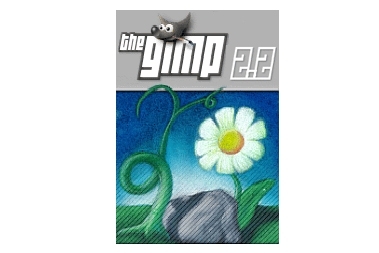 Gimp is perfect for those new to graphics editing or those not needing professional level editing capabilities. Best of all, its Free.

If Photoshop scares the daylights out of you or Corel Paint Shop Pro looks over complicated and malicious, The Gimp is the perfect answer. An open source and completely free graphics editing program, The Gimp is simple to use and surprisingly powerful. It isn't as powerful as other high end graphics programs but is useful for those new to graphics editing or those looking for a good alternative to the mainstream packages.

Gimp has constant functionality updates but the latest version, 2.2.10, hasn't added anything new to its list. The latest update fixed a few reported bugs to make it more stable to use. We found the current build very stable and quite a pleasure to use, free from the shackles of the uber-technical world of Adobe Photoshop.

Gimp does many of the same things that Photoshop does under a user-friendly interface which is far easier to follow. It isn't as simple as some of the low-end graphics packages but the balance of functionality and interface is perfect. Photoshop users will instantly recognise many of the icons in the toolbar and pick up how to use them easily. Those new to image manipulation may still struggle with Gimp at first, since the help menus and tutorials aren't highly detailed, but the Gimp website is chock full of useful information and more thorough tutorials.

Gimp has one major thing going for it that makes it friendlier than Photoshop. When you mouse over a tool in the tool bar, the program tells you what the tool is used for in plain, easy to understand, English. For example, if you mouse over the eye dropper tool it would say "pick a colour out of the image" rather than stating "eyedropper tool". This little touch makes a world of difference for people who don't understand exactly what an icon means.

Ease of use is really the best thing Gimp has going for it, as compared with Photoshop it is vastly inferior. Photoshop excels in precise image manipulation, all done in real time. Many Gimp effects are overly complex and are not applied in real time and much trial and error is required to get the desired result. Also, fine detailed work like deep etching and other masking tasks are harder to do on Gimp. However, some Gimp effects are very easy to use and their Script-fu effects are a fun and interesting addition to the package.

There are many differences between the two packages but all you need to know as a consumer is that Gimp is absolutely, completely, 100% free of charge. Considering the resources available to Adobe to make Photoshop, Gimp has accomplished quite a feat. If you are looking for a piece of software to do image editing without needing to a university degree to run it, Gimp could be the answer. It is not as complex as Photoshop while avoiding being as idiot-proof as Google Picasa 2.