An 11.6in Fujitsu notebook with excellent battery life and a dual-core Pentium CPU If you're after a small notebook with excellent battery life and plenty of gloss, then the P3110 is for you. It has a smaller than usual palm rest area and touchpad, but its keyboard is good and it's faster than some similar-sized notebooks.

The Fujitsu LifeBook P3110 is an 11.6in notebook that's bigger and more powerful than a typical netbook. At only 1.6kg, it's still just as easy to carry around as a 10in netbook, but the increased size makes it more comfortable to use. We think the best thing about the P3110 is its battery life; if you configure your power plan correctly, this notebook could last almost an entire work day without being plugged into a power outlet.

Fujitsu has installed a 6-cell battery, which is nestled between the two hinges on the spine. It's a big battery that extends a fair way into the base of the notebook, and it means that there is plenty of wasted space above the keyboard and a lack of palm rest space below the keyboard. You do get used to the reduced palm rest and the keyboard itself has mostly full-sized keys, so it's very comfortable to type on. It's also spill resistant; a tray sits under the keyboard to make sure no liquids infiltrate the chassis, and you can drain the notebook by tilting it to the side. 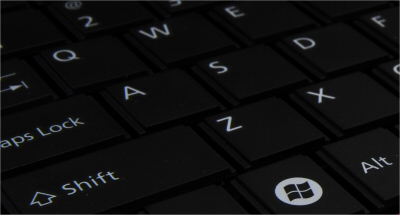 The keyboard has big keys for the most part and is very comfortable to type on.

Most importantly, though, you get plenty of life while away from a power outlet. The 6-cell battery lasted 4hr 35min in our video rundown test, in which we loop an Xvid-encoded video while power management is disabled, the wireless radio enabled and the screen brightness at maximum. This is a great result that can be made better if you employ a power scheme. For example, when we switched to Windows 7's battery power scheme, the notebook lasted 5hr 11min. Fujitsu ships its own ECO utility with the P3110, which can be invoked by pressing the Fn-F11 key combination. This utility provides a quick way to reduce screen brightness, mute the volume and disable the LAN port. It could use more features, but it still helps cut down on unnecessary power consumption. The configuration of the Fujitsu LifeBook P3110 is strong, albeit uninspiring. You get an Intel Pentium SU4100 CPU, which is a low-power, dual-core CPU that runs at 1.3GHz. With integrated Intel GMA 4500MHD graphics, 2GB of DDR2 SDRAM and a 320GB, 5400rpm hard drive, it recorded a score of 63 in our WorldBench 6 benchmark. This is a good result for a notebook at the P3110's price point, and its speed advantage over single-core Pentium-based notebooks, such as Toshiba's Satellite T110, was shown in the iTunes and Blender 3D tests. In these tests, the P3110 recorded times of 2min 09sec and 2min 19sec, respectively — almost twice as fast as the Toshiba's times of 3min 51sec and 4min 30sec.

A screen resolution of 1366x768 allows you to browse the Web and edit images relatively comfortably. It's a glossy screen that will suffer from reflections, but this shouldn't be too much of a worry when you get the angle of the screen just right. Its contrast is good, and it's a bright screen, so you can use it while outdoors (though not in direct sunlight). If you want to use a bigger monitor while you're at home or in the office, you can attach one to the D-Sub (VGA) port on the left side of the notebook. Unfortunately, the P3110 lacks an HDMI port, so you can't easily plug it in to a big-screen TV to view downloaded videos, for example.

The P3110 also lacks Gigabit Ethernet; you'll have to make do with 10/100 Ethernet instead. There also aren't any fancy features such as eSATA or Sleep-and-Charge-style USB 2.0 ports. You get 802.11n wireless networking, Bluetooth, three USB 2.0 port, an SD card reader and microphone and headphone jacks. This array of ports is as standard as it gets, and we wish there was something here to help the LifeBook P3110 stand out when it comes to features. Perhaps the only real unusual feature is the inclusion of a utility that lets you connect to a remote DVD drive. As the P3110 doesn't ship with a built-in DVD burner, this utility uses Wi-Fi to connect to a shared DVD drive on your main PC or another notebook. This can make it easier to install software that ships on DVD. 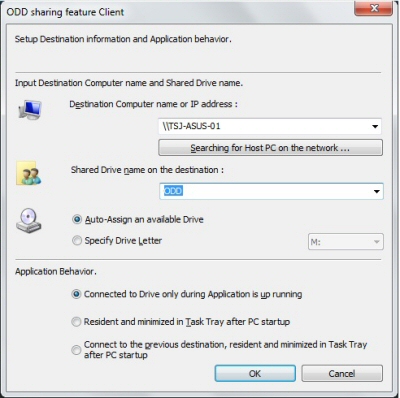 Using the ODD sharing utility, you can connect to an optical drive that's shared by another PC on your network.

The P3110 is available in a glossy red colour that sure does stand out and it won't be to everyone's taste. Fortunately, it's available in silver and black, too, but all the colours are glossy and will attract fingerprints. However, we think the P3110 looks pretty good and we like its build quality. It feels very solid when you pick it up and its keyboard doesn't bounce when you type. The hinges hold the screen in place perfectly, but the balance of the unit is a little top-heavy when the screen is open all the way. Be careful when using it on your lap as it might topple over if you take your hands off it. The bottom of the unit has access panels for the memory slots and the hard drive, so you can replace and upgrade these components yourself.

Overall, the Fujitsu LifeBook P3110 is very comfortable to use. The only real problem we had was the smaller than usual palm rest area and small touchpad. We also wish it had an HDMI port. We love its battery life and we think it's perfect for anyone who wants a small and light unit to use while on the road.