Despite the impressive 15x optical zoom, the Fujifilm FinePix S1600 failed to impress us. During our tests, images were plagued with noise and chromatic aberration, and we found the camera difficult to use.

The FujiFilm FinePix S1600 is a 12.1-megapixel, 15x super-zoom digital camera. It has a few pros and a whole lot of cons. Put it this way: if the S1600 was your significant other and you were weighing up whether or not to end your relationship by creating a list of things you loved and hated, you'd have pretty solid grounds to sever all ties and put yourself on the market for a better camera.

The FinePix S1600 is solidly built but retains a compact frame (indeed, users with large hands might find its size bothersome). It takes four AA batteries, which sit in the handgrip.

Atop the S1600 sits the zoom rocker, which surrounds the shutter button. Below the zoom and shutter sit burst mode and face detection buttons, which are handy to have so close to the shutter release. Rather than a power button the S1600 has a switch, which seems logical as it sits close to the shutter release; this eliminates the risk of accidentally turning the camera off when trying to take a photograph. A program dial is next to the pop-up flash.

A mini-USB port can be found on the right side of the S1600; next to the LCD screen on the rear are navigational buttons and extra mode options (like macro), and a handy framing button. This button gives you the option to crop an image to various sizes in landscape or portrait orientation before taking the actual photograph. The 3in LCD screen does a poor job of displaying images, even if you adjust its brightness.

You can shoot by using the LCD screen to frame your photos or switching to the built in electronic viewfinder. We definitely favour using the screen, as the viewfinder is ghastly to look through; it's almost like watching delayed security camera footage (but in colour). The viewfinder is awkward to use: it's a little small, and if you don't line your eye up perfectly you'll end up seeing blue and red lines around your subject. To line your eye up properly, you'll need to squish your face right up against the LCD, which is uncomfortable and can leave marks on the screen. A protruding eye cup would definitely go a long way to making it more comfortable to use.

Our main concern with the FinePix S1600 is the overall image quality of photos. The FujiFilm FinePix S1600 delivered mixed results in our tests. Shooting in auto mode produced grainy, noisy, and all round unpleasant photographs in a variety of lighting conditions. Manual mode will definitely give the most pleasing results, but this reduces the camera's ease of use for novice photographers. We found adjusting the S1600’s manual settings awkward; you need to press the +/- button make changes to the aperture and shutter, but to get a faster shutter you have to press down instead of up. For a beginner, or even a seasoned user of manual modes, the button configuration takes some getting used to. 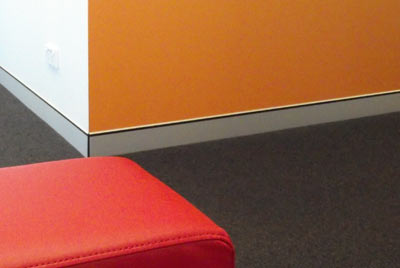 This photograph was taken using auto mode in a well-lit environment, yet digital noise and pixel distortion are clearly visible

Photographs taken in manual mode also have flaws. Chromatic aberration is present in almost all photographs, and when it’s not present there is unpleasant digital noise. 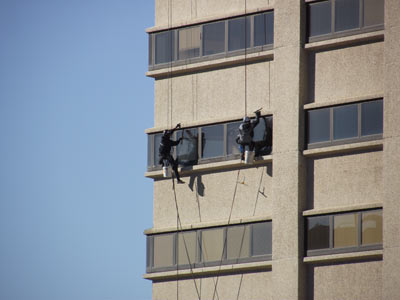 At first glance there’s not much to complain about, except that the lens vignettes slightly. 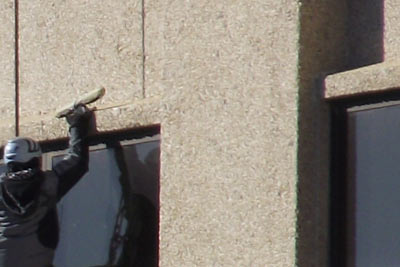 When you fully zoom in, chromatic aberration (purple and green fringing) is clearly visible

Another annoyance factor was the camera's speed during our tests. It takes long time from switching the camera on to actually being able to take a picture. The interface is slow and sometimes the camera seemed to take quite a while to process an image.

The main selling point of this camera is its 15x super zoom. It has a 28-420mm focal range, and it zooms relatively quickly and smoothly. We found this to be the most impressive feature that the S1600 has to offer. You can really bring distant subjects very close (although you'll need a steady hand to get decent shots); we noticed that the camera could quickly focus and adjusted to changes in lighting when going from one zoom level to another. 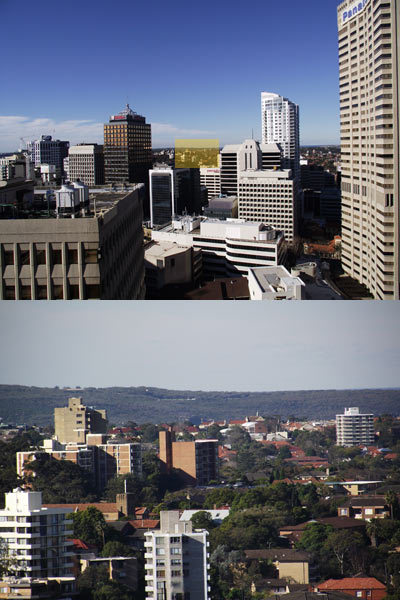 Video can be recorded at up to 720p and at 30 frames per second. Overall, videos are fuzzy and noisy. Audio quality is also disappointing: when zooming in you actually hear the internal zoom motor plus an almost static mash-up of everything going on around you.

The S1600's AA batteries add a bit of weight to the body, but the benefit is that you can always purchase more batteries if you run out of power while you’re out and about snapping away. You can also purchase rechargeable alkaline replacement batteries. We would have preferred a compact lithium-ion battery, however. In the end it was the image quality we were most disappointed with: we found the S1600 to be an awkward super-zoom camera to use, and during our tests images suffered from a lot of chromatic aberration and noise.