A good distro once it's up and running 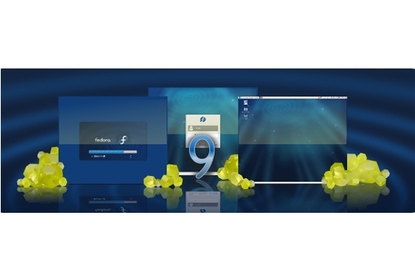 On the whole, Fedora is a solid Linux distribution that will probably serve you well for desktop usage. Red Hat can rightly claim extensive experience as a commercial Linux vendor; it practically invented the market. Installing Fedora is a good way to ensure an extensive repository of pre-built software. The hardware support is right up there with any other user-friendly distribution. But our experiences with trying a multiboot install make us leery of recommending it to anyone who wants to use it in a dual-boot environment. The distribution may be robust, but the installer needs to learn to play better with others. It's also a little too intimidating for non-geek users, so if you're going to get any less-experienced friends on Fedora, you might want to schedule an afternoon to help them out.

Fedora 9.0 is a solid Linux distribution that will probably serve you well for desktop usage — but it's tricky to install and not ideal for non-technical users.

For many of us, our first painful introduction to old-school Linux installs came from installing early versions of Red Hat. Like most early Linux installs, it was a highly technical, highly finicky process that was best left to the experts.

Well, times have changed. Today, many Linux users are getting blase about the ease with which we can install Linux. We've been spoiled by distributions such as Ubuntu, which is actually easier to install than Windows. Unfortunately, Fedora 9.0, the community edition of Red Hat, was a bit too much of a blast from the past for me. This new release keeps Fedora in step with the rest of the popular distributions, updating Gnome and KDE to recent releases, improving the network management capability, freshening the kernel and adding USB booting capability.

However, when comparing Linux distributions today, the differentiating factors are fairly limited — a 2.6.x kernel is a 2.6.x kernel, Gnome is Gnome, KDE is KDE and so on. So you have to look at a few specific factors. How easy is the install? How well does it recognise and accommodate different operating systems that share the disk? What's the package manager like? Does the distribution offer you the chance to use proprietary drivers for your hardware? How well does it work with Wi-Fi?

Unfortunately, it was with that first question — the install — that we almost hit a wall with Fedora. All installation experiences are by their nature anecdotal. Everyone has different hardware and makes different decisions during an installation. What is a nightmare for one person may be a walk through the park for another with a different system.

Still, when you install a different version of Linux practically every week as we do, you get a good feel for the relative stability (or, in this case, the instability) of the install process.

What follows is a brief diary of our attempts to install the preview release of Fedora 9.0 on an HP Pavilion laptop as a multiboot operating system alongside Ubuntu.

Try 1: Downloaded and burned Fedora to a DVD. Booted off the DVD. Chose a graphical (rather than text-based) install. Requested to reuse a partition that had formerly held a SUSE install as my root partition. Chose software packages, username, networking and so on. Got an error from the Python installer and couldn't proceed.

Try 2: Booted off the DVD. Chose a text install. Decided to make sure the DVD was good. Ran the verification check to ensure the DVD wasn't corrupted. At the end, the DVD popped out, and we were informed it had successfully verified. Put the DVD back in and found ourselves in an error loop when we kept getting the same error window when we tried to proceed.

Try 3: Booted off the DVD. Chose the text install. Managed to make it all the way through the installation process and rebooted. Seemed to be booting, then left us with an honest-to-goodness Blue Screen of Linux Death (in this case, a solid blue screen with mouse tracking). Finally hit ctrl-alt-return to restart the window manager and found it had hung trying to mount swap off the fstab. For some reason, the installer didn't like trying to reuse the swap partition left over from the previous install, and it made something go pear-shaped during the initial boot.

Try 4: Reported installer bug to Red Hat. Tried again, telling Fedora to use the entire disk, instead of just the existing partition we were trying to reuse. This time it installed and booted correctly.

Apart from the problems mentioned above, Fedora's install also failed to identify the version of Ubuntu that was installed on an alternate partition and placed it in the GRUB boot menu (GRand Unified Bootloader, or GRUB, is a tool that lets you select between various operating systems in a dual/multiboot environment.)

Other distributions seem to have no problem finding and adding existing Linux and Windows installations to the boot menu.

The install process also fails the newbie test badly. There's no way we'd expect a non-technical person to be able to reasonably answer a few of the questions asked during the install. For example, asking if IPv6 support should be enabled for a network card and if the host name should be set via DHCP is going to be a bit intimidating for non-geeks.