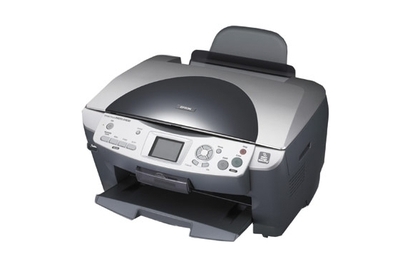 Epson has aimed its top-of-the range STYLUS PHOTO RX630 multifunction inkjet printer squarely at the photo-enthusiast, and it delivers almost as much punch as it boasts.

Epson's photo printers have a good reputation, and while photos from the RX630 are decent, they are not quite as good as those produced by some single-purpose photo printers.

Although the RX630 printed photos with rich colour and crisp outlines, slight banding occurred in some scenery shots printed at the default settings during our testing. This banding was substantially reduced when optimal settings were selected, and it totally disappeared when the bi-directional print option was selected. This, however, increased printing time. Black-and-white photos lacked depth and tonal variation, looking almost like photocopies.

The convenience, however, of an all-in-one lab may compensate for a little banding in the sky and luck of lustre in black-and-white photos.

The RX630 enables scanning (at 4800dpi resolution), printing, and copying from film, memory cards, cameras or other USB devices completely independent of a PC. There is also an optional Bluetooth pack for remote printing from compatible cameras and mobile phones.

Everything can be done through a 6cm LCD and an easy-to-use control panel. The LCD resolution is too low to get a great preview of what the photo will look like, but it gives a fairly good idea.

Boasting speeds up to 17ppm for black A4 text, the printer can take anything up to two minutes to produce full colour photos at 5760 x 1440dpi on glossy paper.

The RX630 has a few attractive extra features, including the ability to scan images directly to a PC, or email images in a variety of formats, including PDF and JPEG.

Another feature for photo enthusiasts is Poster Copy, which prints a photo to poster size by breaking the image up into four, nine or 16 parts and printing each part individually.

The accompanying PC software is not really worth the 93.1MB hard drive space it occupies.

Each of the six ink cartridges costs about $16. It is a reasonably ink-efficient printer and could work out to be a cheap option for someone planning to print a lot of A4 photos.