The Edifier Luna 5 encore iF500 is an iPod dock that gets its name due to its space-age design. With its giant sphere-like shape, this docking station would fit right in as a prop in 2001: A Space Odyssey, perhaps as HAL’s mistress, or maybe even his mother.

Edifier claims that the Luna 5 is a "statement of design excellence" and an "elegant all-in-one audio system offering uncompromised audio quality". Design wise, it might appeal to a niche market of people who want strange, and unusually shaped ornaments in their abode, and it should also be noted that when you put it under your shirt, it looks like a very unconvincing pregnancy (see fig. 1) 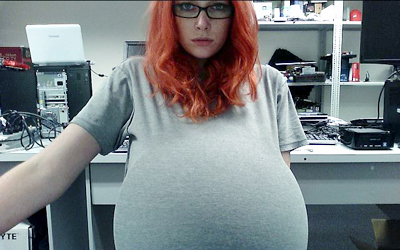 Fig.1: The fake pregnancy. (Ed – That’s really not convincing me)

The Luna 5 is basically a sphere that houses five speakers (a subwoofer, two tweeters and two mid-range speakers). At the base of the sphere lies the iPod dock, which is compatible with a plethora of iPod’s, from the iPod Mini to the iPhone. On both sides of the glossy piano black dock there are touch sensitive controls which illuminate when the device it switched on. A large remote control is included with the Encore 5 and it mirrors the functions that are on the unit itself, but it also includes bass and treble controls. In our tests, we found the remote was not intuitive to use; the iPod navigation buttons are located way above the central OK, skip and play/pause buttons. We kept pressing pause thinking we were pressing the down button.

Initially, we thought that having five speakers placed so close together would ruin the overall audio quality, but the Luna 5 surprised us. Rather than drown each other out, the speakers work quite well together and give a great stereo sound.

The mid-range speakers do a good job of delivering tones in between the bass and treble, while the 5.7in sub woofer works well with any genre of music (pop, rock, opera, classical, electronic and techno tunes were used in out tests), supplying clear and deep tones; the bass doesn’t drown out the two 1-inch tweeters, which are responsible for producing clear high frequencies.

As previously mentioned, the Luna 5 docks with a multitude of Apple media players; thankfully, the device isn’t restricted to Apple alone. An auxiliary port at the front of the unit allows for the connection of any other type of MP3 device or CD player.

Built in to the Luna 5 is an FM radio, but in our tests, its reception was not good at all. You'll be lucky if you can tune clearly into your favourite stations. For the most part, the Edifier Luna 5 if500 should be used to listen to your own music, and it will do a great job of that.