Hang onto your Wii Remotes! 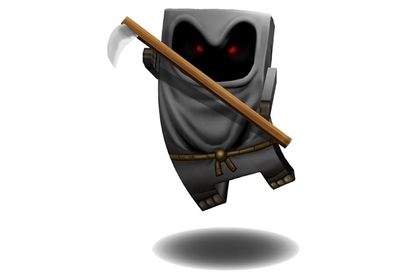 It's a blast. Gather some friends and let it rip!

What's better than blowing stuff up? Blowing stuff up in a cute and vibrant world that was given life by Steven Spielberg, one of the greatest creative minds of our time, that's what. So come along with us as we light the fuse on our review of Boom Blox. 3...2...1...BOOM!

Remember how much fun you had as a kid when you'd take your building blocks and build all sorts of cool stuff, and how much fun it was to kick it apart afterwards? Boom Blox is exactly like that, only you don't have to clean up the mess.

Boom goes the everything

Conceived by Spielberg when he first played the Wii at the 2006 E3, Boom Blox is like a tech demo on steroids. You throw and shoot items at stacks of blocks that collapse realistically using fancy physics. But the game is so much more than that, and it all starts with the insane number of available modes. If you want my recommendation, gather up some friends and jump straight into multiplayer.

It's great that a developer finally realised what a total drag it is to have to unlock party material: all the modes in Boom Blox are available right from the start. Once inside, you can destroy each other's castles for gems, play a slippery game that's sort of like curling, throw baseballs at a toppling tower of points, and plenty more. The solo mode is also a blast, but Boom Blox has 'party game' written all over it.

You can thank the controls for helping to make the game so fun. They're so intuitive that even novice gamers will pick up the nuances right away. You hold the B trigger and point around the screen to rotate the camera. Then once you've gotten your shot lined up, you press A to lock on, throw the Wii Remote forward and let go. Just be warned that your projectile's velocity depends on the amount of force you exert, so make sure those wrist straps are on tight and really let it fly.

But it's not all just mindless throwing: certain blocks have unique properties that you have to take into consideration. Some will just fall down, but purple ones will disappear and green blocks cause chemical explosions when knocked together. The aptly named Explore mode gives you a set of puzzles that exploits each type of block. Adventure mode tasks you with helping cute animal characters accomplish their many goals. There's also the Create mode, which allows you to build your own levels — a nice touch given how fast you'll want to whip through the game's content.

I did have minor problems with the camera because the view can become easily obscured and I really wanted to be able to zoom in or move the viewpoint around a little more than the game allowed but the game is so much fun, I hardly noticed. Boom Blox offers a great gaming experience with a ton of replayability; you'll have to excuse the pun but this is one title that truly does qualify as a 'summer blockbuster.'