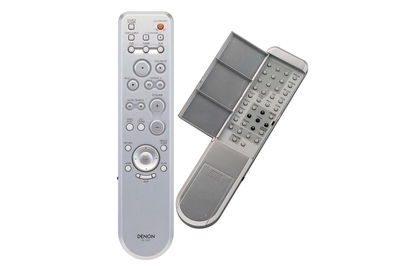 As a 2.1 system the S-101 performs well, but the virtual 5.1 capability is not as good as having more speakers.

There seems to be a curious fixation in the home theatre market of promoting 2.1 systems as some kind of revolutionary technological advancement. We are seeing more and more home theatre systems claiming the acoustics of 5.1 can be replicated 'virtually' on a 2.1 system. We would hasten to disagree with this. No amount of clever speaker positioning or sophisticated sound processing is going to truly replicate the physical presence of extra speakers.

Denon is one such manufacturer, claiming that their S-101 home theatre system "convincingly creates the illusion of a perfectly set up 5.1 channel system using just two speakers." While we admit the S-101 is a very nice 2.1 system, we were far from convinced of its surround capabilities. What the S-101 does have in its favour though is an elegant simplicity that other manufacturers will find hard to match.

Setup
This simplicity is apparent from the moment the S-101 is lifted from its box. A quick installation pamphlet outlines all the necessary steps and we had the system up and running in well under five minutes. The package includes a DVD player, two speakers and a subwoofer. Denon has opted for some non-standard cable connections which is both useful and an irritation. The most obvious of these is the hefty cable that connects the DVD player to the subwoofer. While it may have the appearance of an old LPT1 printer cable, the chunky cord cunningly conceals both the power and sound connections, cutting down on the number of wires needed and freeing up an extra power socket. With the multitude of connections required by the average home theatre system, less wires is definitely an attractive bonus. Denon has also opted for non-standard speaker connections in the form of a moulded socket. This is one of the irritating aspects. While there's no need to fiddle around with the usual clips and screws, it does limit you to using Denon's proprietary wires. If you want to use your own high grade cables, the S-101 isn't for you. For everyone else, this isn't as big a problem as it could have been, as Denon has bundled a decent pair of wires with good insulation. From here the ease of setup takes a slight downturn. Denon has opted for a slightly awkward layout for the on-screen menu that is far from intuitive, so be sure to have the manual handy.

Usability
Once you've plugged everything in actually playing DVDs or other discs is fairly easy. The main unit and remote control are both adorned with large glowing buttons meaning even the most easily confused technophobe should have no problems operating the S-101. At first glance the remote control seems to be missing a few vital functions, but this is simply another cunning trick from Denon. Turning the remote over reveals an additional flap that conceals a whole host of advanced controls such as surround parameters and DVD angle selection. While this is nice for amateur users who have no need for the remote to be cluttered with dozens of functions, those who actually do want this advanced functionality may find it frustrating to flip back and forth between the two sides.

One excellent inclusion is built in support for iPods. While the majority of systems that support iPods require the purchase of an extra dock, the S-101 provides this as standard. It is done by simply connecting the included cable between the S-101 and the iPod's dock connector. From here the iPod's interface is replicated faithfully on-screen and can be browsed using the S-101's remote control. This means that listening to your music is as simple as it would be on the iPod, minus the scroll wheel. Our one complaint is that the interface is terribly slow at times, pausing for long periods when selecting songs, and certainly lacking the zippiness of Apple's device. On several occasions we attempted to flick through songs at speed and ended up crashing the S-101. Non-Apple portable music players are also supported in the form of a line-in port, though this lacks the convenience of an on-screen interface.

Audio and Visuals
Of course the audiovisual quality of a home theatre system is of primary concern to most people. All the attractive aesthetics in the world can't save a system if its performance doesn't match. We found the performance of the S-101 to be of a very high standard. Denon has included pretty much every output we could wish for including Component video, Coaxial and Optical audio. Picture and sound quality are correspondingly impressive, resulting in sharp images combined with beautifully crisp sound. HDMI is a noticeable exclusion, though if you really want it Denon has produced another model, the S-301, that includes this and other features such as USB as standard. Our one complaint with the audio would be the underwhelming nature of the subwoofer. We found bass levels to be a little low using the standard settings though this was improved by adjusting the subwoofer through the on-screen menu.

The big disappointment, as we mentioned earlier, is the lack of true surround sound. Though the S-101 sports a variety of surround modes including Dolby DTS and Pro Logic II, these are provided through 'virtual' sound processing. We are yet to hear a two speaker setup than provides truly convincing replication of five speaker sound. The theory is that by clever speaker positioning the sound can be bounced off walls and appear to be coming from different locations, though we have never been sold on this idea. As it stands, the S-101 performs well for a 2.1 system but just cannot match the abilities of a true 5.1 setup.

Roundup
Overall we thought the S-101 was a respectable system, but we cannot see the justification for its price tag. A well performing and equally stylish 5.1 system can be purchased for this price which will easily outperform the surround capabilities of the S-101. If you are really set on a two speaker setup, then we would suggest there are better alternatives. If ease of use or price are your main concern, you would be better served by a Mini Hifi with DVD playback. If performance is what you are after, the purchase of a separate AV Tuner, DVD player and a pair of high-end speakers would be a better solution.