The Wasabi PZ310 is Dell's answer to the aging Polaroid photograph in a digital world. Prints certainly aren't stunning and battery life is short, but the photo printer will definitely inject some nostalgia into cold, digital photos.

Dell's Wasabi PZ310 is an extremely portable photo printer that can produce a 2x3in photo in under a minute. For $30, the printer is a reasonable impulse buy, but low print quality and a short battery life make it a poor purchase for anything more.

The Dell Wasabi PZ310 mobile photo printer uses the same Zero Ink, or "ZINK," thermal print technology found in Polaroid's PoGo photo printer and instant digital camera. Like cash registers and ATMs, ZINK print heads apply heat to specially made paper that develops specific colour crystals to produce the desired image. This eradicates the need for cartridges or toners, but you'll have to purchase 2x3in Zero Ink paper. This can be found in Officeworks and some camera stores. Based on Officeworks' pricing you can expect to pay roughly 63c per 2x3in photo.

Available in pink, black and blue varieties, the Wasabi PZ310 photo printer is an attractive and rather sturdy piece of kit. It won't fit in tight pockets, but can easily be carried and used on the go. The printer accepts 15 sheets of ZINK paper at a time through a panel in the top, with printouts exiting from the side. The Wasabi PZ310 has a removable battery but don't expect to stray too far from a power point; the battery only lasts for 15 photos before it requires recharging.

The Dell Wasabi PZ310 offers Bluetooth and PictBridge connectivity, so you can print photos using compatible mobile phones, digital cameras and computers. Unfortunately, it has no printer drivers and won't connect to computers through anything other than Bluetooth.

Once connected, you can just send a photo and the Wasabi PZ310 will automatically begin printing. Dell's claimed print time of 55 seconds is fairly accurate. The Wasabi keeps the last picture in its memory — so you can reprint that photo as many times as you like directly from the printer as long as it remains on.

The Dell Wasabi PZ310 will easily print most RGB images, but will crop rather than frame any pictures that don't have a 2:3 ratio. Fortunately this ratio is used by most digital cameras. 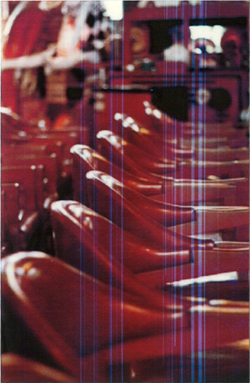 The photos appear faded, but are also prone to print head issues.

Each pack of ZINK paper arrives with a "Smart Sheet" that must be fed through the printer first in order to calibrate the print head. We found we had to follow this step several times in order to remove blue streaks and orange hues that occasionally appeared on photos. Even at their best, images from the Dell Wasabi PZ310 photo printer have more in common with traditional Polaroid pictures than the vibrant photos you get from the likes of Canon's SELPHY ES3. Colours appear somewhat faded overall, while blacks are often too dark and glossy under light. Detail is scarce, too; though neither Dell nor ZINK will disclose print resolution, it's clear that it is quite low, even for 2x3in media. Provided you don't look too closely, however, there is a certain charm to the photos. 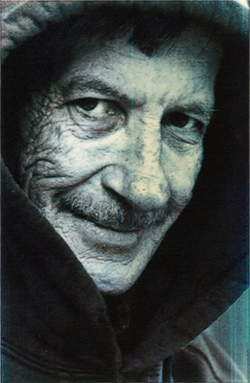 If you're serious about printing photos from home, there are plenty of printers from Canon and Epson that do a much better job, and some are even portable (like the SELPHY ES2). However, as a $30 stocking stuffer or even as a replacement for your aging Polaroid camera, the Dell Wasabi PZ310 photo printer has a certain appeal.