Dell Inspiron M501R AMD triple-core laptop review: An inexpensive 15in laptop that can be used for almost any task 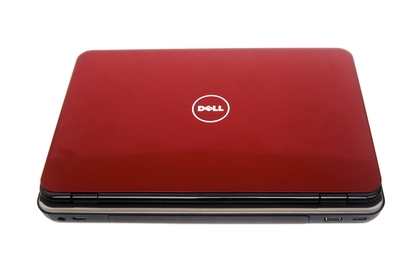 The Dell Inspiron M5010 is based on AMD's triple-core Phenom II N850 CPU and it's one of the great all-round 15.6in laptops on the Australian market. You can use it for office work, multimedia tasks and even gaming (although not for graphics-intensive first-person shooters). It's a good unit for students looking for something to take back to school, yet even small business users should find it appealing for everyday work. We just wish it wasn't so glossy and reflective.

For $999, the Dell Inspiron M501R is a 15in laptop that's packed with useful features and lots of processing power for multitasking. It runs a 2.2GHz AMD Phenom II N850 triple-core CPU, has 4GB of RAM, a 500GB hard drive as well as AMD Mobility Radeon 550v graphics. It can be used for pretty much everything except hardcore gaming and it's suitable for students, home users, and even small business users who want something a little fancier than a boring old corporate machine.

The design of the Inspiron M501R is plain and all of its ports are well spaced around the edges of the chassis. You get HDMI, VGA, USB 2.0 (four), 100Mbps Ethernet, and eSATA ports. There is also an SD card reader and a built-in DVD burner. The palm rest and the touchpad both have plenty of space afforded to them and the keyboard has full-sized keys that are easy to hit. You won't find any shortcut buttons above the keyboard, but the F-keys have their functions reversed. This means you won't have to first press the Fn key to change the screen brightness or to use the media and volume controls.

Dell guide: Which Dell notebook is right for me?

Its finish is quite glossy and its screen is reflective, and both of these traits can make the Inspiron M501R a little uncomfortable to use. The palm rest sometimes feels a little sticky (especially on hot days) and if you use the notebook outdoors, you'll soon get sick of staring at your reflection in the screen. We made the same observations when reviewing the quad-core Inspiron M501R notebook. That said, the triple-core M501R feels well made and you can pick it up from either corner without it making any creaking noises. It does get a little warm when it's under a full processing load, which will make it uncomfortable to use on your lap. In saying that, you probably won't be using it on your lap while it's undertaking rendering tasks or any other tasks that maximise CPU usage.

Which CPU should you buy? Intel Sandy Bridge vs. AMD Fusion

Basically, all these numbers mean that the triple-core Dell Inspiron M501R is a useful all-round computer. It can be used not only for office work, but also for tough multimedia tasks such as transcoding video for your iPhone or editing video to upload to YouTube. If you plug in a USB-based digital TV tuner, you could even use it as a Media Centre and PVR (personal video recorder).

The battery life of the triple-core Inspiron M501R isn't great — it lasted only 1hr 31min in our rundown test, in which we disable power management, maximise the screen brightness, enable Wi-Fi and loop an Xvid-encoded video. This is one minute less than the quad-core Inspiron M501R. If you enable a power management scheme and use low screen brightness, you should get around two hours of it, but if you use the laptop outdoors while on battery power, then you'll need to have the screen at full brightness anyway if you want to minimise the annoyance of reflections.

Overall, the triple-core Dell Inspiron M501R is a great laptop worthy of consideration if you want a $999 system that can do just about everything. It even outshone the quad-core version of this laptop in the majority of our tests thanks to its slightly faster clock speed of 2.2GHz compared to the 1.6GHz speed of the quad-core, although the quad-core version would come into its own under heavier multitasking loads.