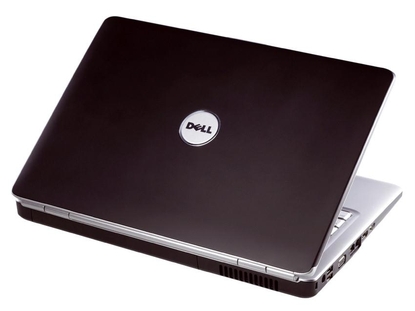 Despite lacking the latest and fastest networking options, the Dell Inspiron 1525's chic design and HDMI output make this a good choice for the home user.

For notebook consumers wanting a low-cost option with plenty of features, things have rarely been better. We've recently reviewed the $899 Acer Extensa 5620Z-3A1G12Mi, which includes fantastic connectivity, as well as the very stylish $1,499 BenQ Joybook S32B (BV14). Not to be outdone, Dell has come out swinging with its HDMI-enabled Inspiron 1525 costing just $1,240.

From the outside, the Inspiron 1525 is an attractive package. Thanks to a customisable lid and slim design, the notebook looks good in a variety of environments. The review model we received was jet black with a matte finish, and certainly looked stylish.

Inside this particular model is a 2GHz Intel Core 2 Duo T7250 processor that features a 2MB level two cache and an 800MHz front side bus speed. The 2GB of 667MHz DDR2 RAM is more than we'd normally expect in a notebook at this price point and the 160GB Serial ATA hard drive, which spins at 5,400rpm, should be plenty for a home user.

The 15.4in screen has a native resolution of 1280x800, which plays DVDs crisply and without dithering issues. Reflectivity becomes an issue under bright lighting, especially when the screen is displaying dark colours.

In our WorldBench 6 tests, the Dell handled itself fairly well. Its score of 76 shows it has a good ability to multitask a number of programs, and it can handle more intensive functions such as video encoding, albeit slowly.

The CPU's abilities were also shown in our MP3 encoding test where we convert 53 minutes of .WAV files into 192Kbps MP3 files. The time of 1min 28sec is fairly quick and spot on with what we predicted from this processor's performance.

The 3DMark06 scores were also in line with our expectations, with the X3100 integrated graphics card, which shares system memory, producing a low score of 585. This restricts all but the least intensive modern games from playing on the Inspiron 1525.

Although the keyboard has adequate keys and good button response, some people may find that in the course of typing their hands will constantly brush the touch pad. This can cause a range of problems and it's annoying to watch your words appear two lines away from where they should because your left hand reached for the "g" key.

Despite strong hinges, the thin LCD screen feels fragile, but for such a low price point, this is to be expected. If you treat the notebook with care, you won't have any problems.

Weighing in at 2.75kg without its power supply unit (PSU), the Inspiron 1525 is somewhat heavy for use on laps. When carrying both the notebook and the PSU, the total weight is 3.15kg.

In our DVD rundown test, where we loop a DVD and measure how long the batteries can last as they're drained by the screen, DVD drive, sound and processor systems, the Dell managed 1 hour and 44 minutes — a fairly good result. Normal usage and effective energy management will keep the unit running for longer.

Apart from the previously mentioned HDMI port, the Inspiron also offers a good range of other connections. Four USB 2.0 ports are installed, with two on either side of the unit. A FireWire port will allow easy access to devices such as cameras, and a 4-in-1 card reader (SD/MMC/MS/MSPro) is located on the front of the unit.

An ExpressCard/54 slot is a welcome addition to this budget notebook, although we are slightly disappointed to see that the latest and fastest networking options (Gigabit Ethernet and wireless-N) aren't available as standard. Note, the standard 10/100 Ethernet and 802.11a/b/g will be adequate for many users and an upgraded wireless card is available at extra cost if fast wireless is important. A 56Kbps modem sits next to the Ethernet port and gives Internet access to those with only a phone line.

The S-Video out and VGA ports make video output very simple, and the internal dual-layer DVD-RW drive runs smoothly. If you need to watch movies without annoying your immediate neighbours you'll appreciate the two headphone ports, and the mic port works well with the built-in microphone and 2-megapixel webcam for video conferencing.