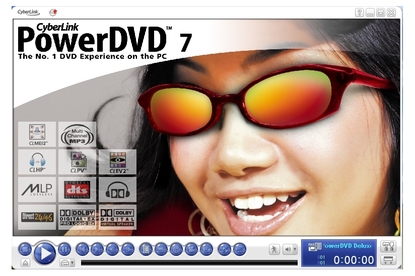 CyberLink is one of the industry's top pioneers of video playback technology. With PowerDVD Ultra, it has firmly cemented its reputation for the next generation and beyond. If you happen to own a PC or notebook with a high-definition optical drive, then this product can't come highly recommended enough.

If you regularly watch movies on your notebook or PC, then you're doubtlessly familiar with CyberLink's PowerDVD already. For close to a decade, the multimedia company has been a stalwart of video playback, offering a fuss-free software player with plenty of user-friendly features. It is no coincidence that so many top tier vendors - including market leader Hewlett Packard - have adopted the program across all of their hardware, as it clearly possesses one of the most satisfying interfaces on the market.

For its latest addition, dubbed 'Ultra', CyberLink has added both HD DVD and Blu-ray functionality to its software, along with a host of additional tools and improvements. Whether it's worth shelling out for over the standard edition will depend largely on how firmly you've embraced high-definition video. Anyone who is up-to-date with the latest technology will find very little to complain about in this well-rounded package; which in all likelihood will become your preferred choice for high-definition playback. As one would expect however, this is a product aimed squarely at the burgeoning HD market, so if you've yet to make the technological leap, we'd recommend saving your money.

Naturally, when it comes to software support for the Blu-ray and HD DVD formats, CyberLink PowerDVD Ultra has all the bases covered. In addition to playing the latest generation of DVD movies at a resolution of 1920x1080, it offers a range of playback options exclusive to high-def discs. This includes interactive menu support via BD-J/iHD; a cornerstone feature of the new HD formats which allows you to access special features while watching a video. At the click of a button, users can seamlessly bring up Picture-in-Picture windows (such as cast & crew commentary or storyboard comparisons), access links to online content, zoom in to portions of an image as well as various other toggle-effects. As with standard DVDs, the amount of interactivity depends largely on the movie disc at hand, as well as your chosen format, but rest assured, Ultra will handle whatever a HD DVD or Blu-ray disc can throw at it.

Another neat feature is the ability to create your own bookmarks. We mucked around with the process and found it admirably uncomplicated to add our own entry points. This makes it easy to come back to a film after switching your player off, as opposed to searching through various chapters and then fast-forwarding to the right scene.

Being a major upgrade, PowerDVD Ultra has received a significant overhaul to its control interface. In addition to the tried-and-tested control wheel configuration (which acts as a DVD remote) two extra panels have been built into either side. The left panel gives you access to a host of audio/visual options, including audio output (Dolby Digital Plus, Dolby TrueHD and DTS are all supported), video enhancements (for light/contrast) and a sound equaliser. Meanwhile, the second panel features an assortment of special features unique to PowerDVD. These include a karaoke setting for musical tracks, an instant replay option for misheard dialogue, advanced subtitle options for widescreen and 4:3 monitors, and dedicated tools for notebook users, such as on-screen battery info and adjustable playback speeds.

All up, this is a nigh-on-flawless product that does everything a HD-compatible video player should. It might not seem like the most essential purchase you'll ever make, but that doesn't make it any less impressive.