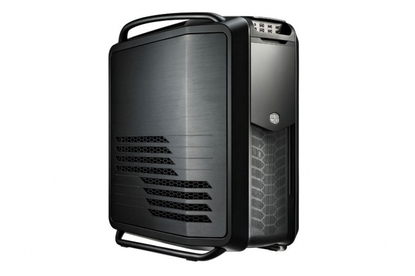 Coolermaster's Cosmos II is a large beast that's perfect for extreme computing. You can load it up with 13 internal hard drives and up to four double-width graphics cards if your motherboard supports it! Its front panel is impressive, as is its overall build quality and ease of access. Get some help lifting it though.

Forget about mid-tower and full-tower cases, Coolermaster bills its latest creation, the Cosmos II, as an Ultra Tower! It's a huge enclosure that's capable of housing motherboards up to the XL-ATX size, and there are so many drive bays you'll need four hands to count them all. It's a case that stands tall on its own two base supports and you'll need to have a nice big room to sit it in — and perhaps some help to lift it into place. Worth noting: if you live in a tiny apartment, the Cosmos II will look hilarious as it takes up most of your floor space.

The construction of the case is very solid, as most Coolermaster cases are. It's made of sturdy aluminium (for the exterior panels) and steel-alloy (for the internal structure). It also has an assortment of mesh, synthetics and rubber for the grilles and cable management features.

It's a heck of a beast to look at and it inspires one to build the most kick-arse system possible: save up and go get yourself the latest high-end CPU, the baddest motherboard, an SLI or CrossFire graphics setup, and buy up all the hard drives and SSDs you can find in your local store. If you buy this case and you don't populate it with the meanest gear, you're simply not doing it justice.

To get all your gear inside the case, its hinged side panels open up towards the front, like a Tawny eagle spreading its wings in a show of intimidation. Of course, you'll be the one doing the intimidating once you install all your high-end gear and rev up some of the latest games. The hinges that hold the doors are sturdy and the doors are kept closed by sliding mechanisms. You need to push down on these mechanisms at the rear of the case in order to open the doors. 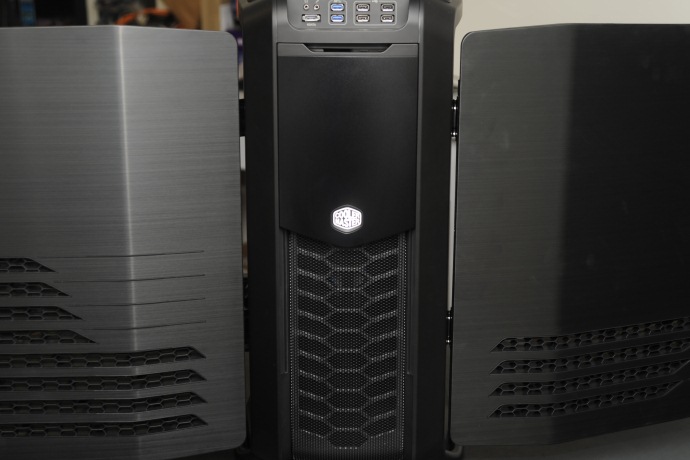 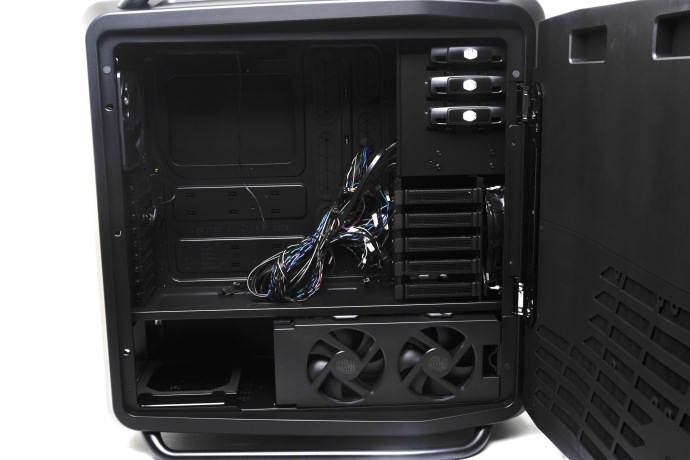 A mess of cables is present inside the case, and it represents connections that need to be made in order for the front panel to function. The front panel is a beauty! It offers two USB 3.0 ports, four USB 2.0 ports, audio jacks and eSATA. The control panel also allows you to change the speeds of the fans in your system, and if you've connected up all the cables, the LEDs on the panel will change colour depending on the speed of the fan. 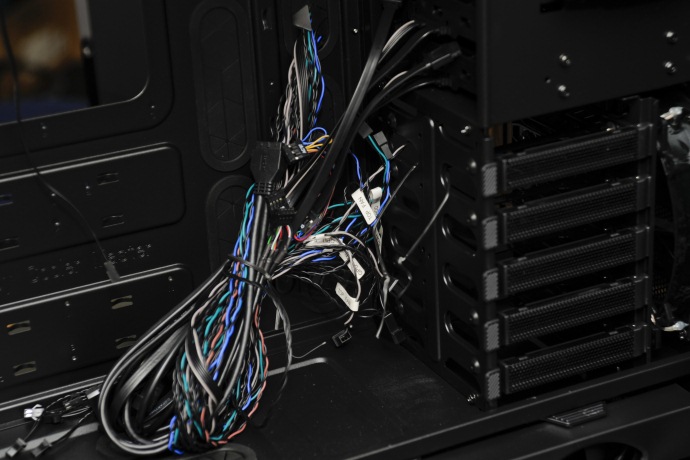 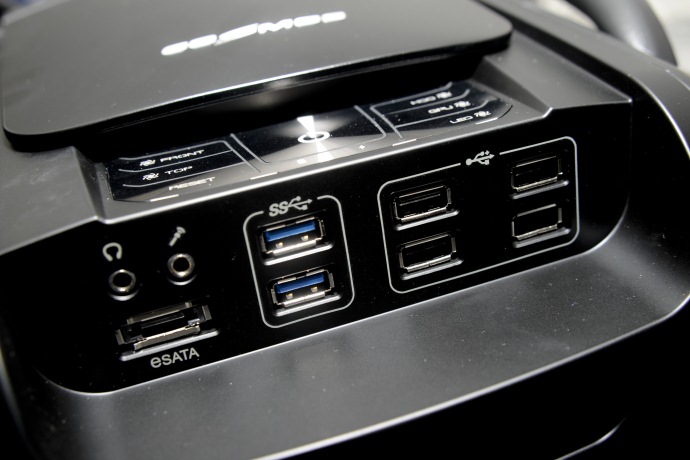 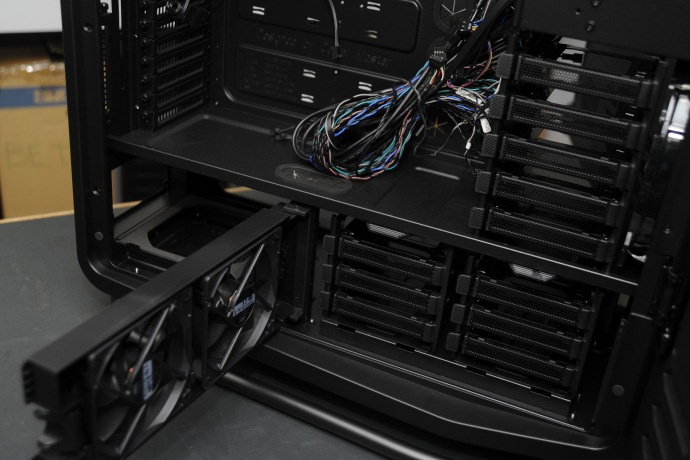 Those of you in dusty environments will appreciate the ease with which you can remove the grilles in front of the fans for cleaning. The top panel, front panel and the dust catcher under the power supply fan can all be taken out for cleaning. The side panel also has meshing on its vent holes, but you'll need a brush to attack the dust that settles there. Only the rear lacks dust protection, with the exhaust fan and the expansion card brackets all featuring unfiltered holes. 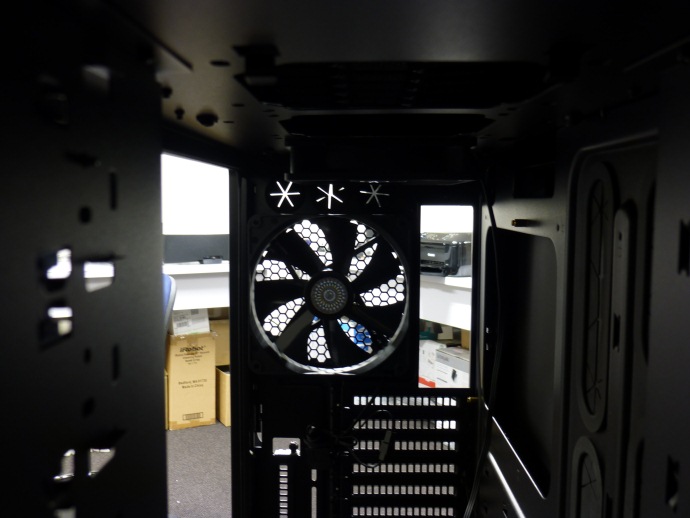 We love the side-facing drive bays, and the fact they are tool-less. You can install 3.5in drives simply by clipping the holder to them and sliding them into the bay, but you can screw them down, too, if you're the secure type. What we'd love is for the case to also have SATA and power connections fixed at the rear of the drives bays, so that you didn't have to snake cables to each drive — similar to the design Alienware uses. (Don't ask us what would happen at the other end of those cables!) But it just means you have to spend more time (and love) putting your machine together and making your cabling as neat as possible. You can install 2.5in solid state drives by screwing them into the drive holders using the screw holes at the bottom of the drive. 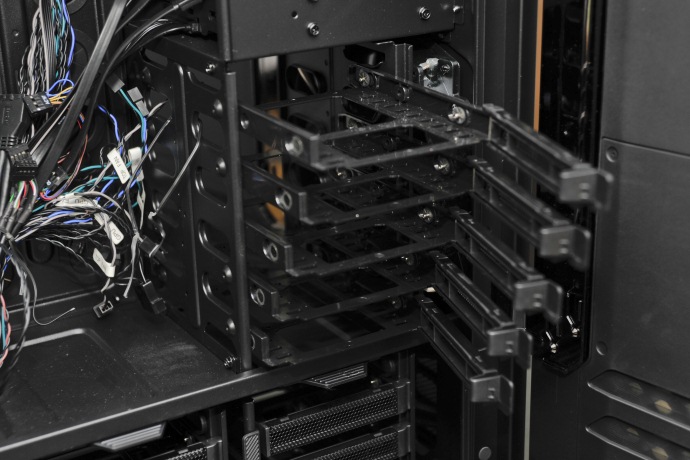 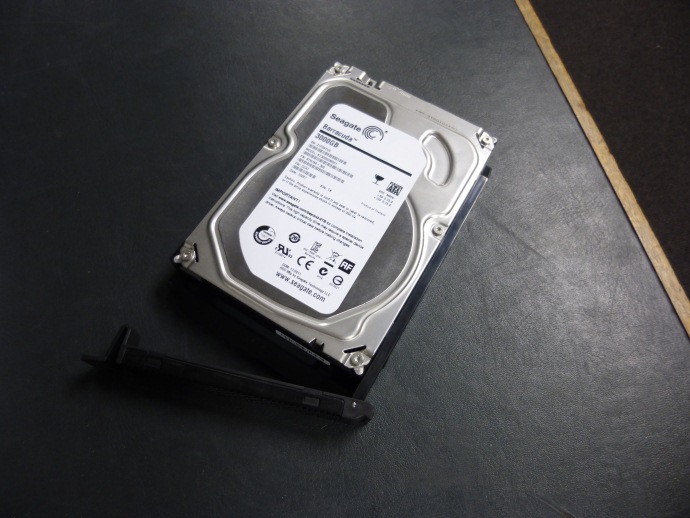 The front of the case is quite spectacular. It has a magnetically held door that drops when you push it down to expose the three 5.25in drives and the two external 3.5in hard drive bays. You can simply slide a 3.5in drive into these two bays and lock it into place, and then pull the lever to get it back out again. Be careful when removing the drives from these bays though; because there are no rails holding them up, after they get about half way out they will droop down; remember to hold them all the way out. 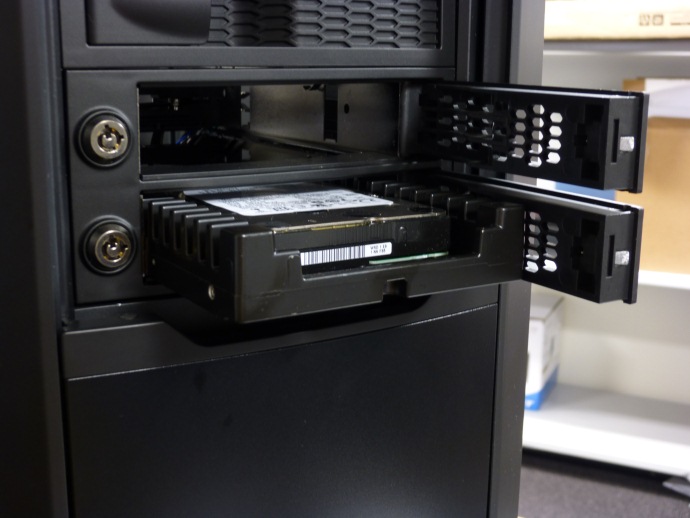 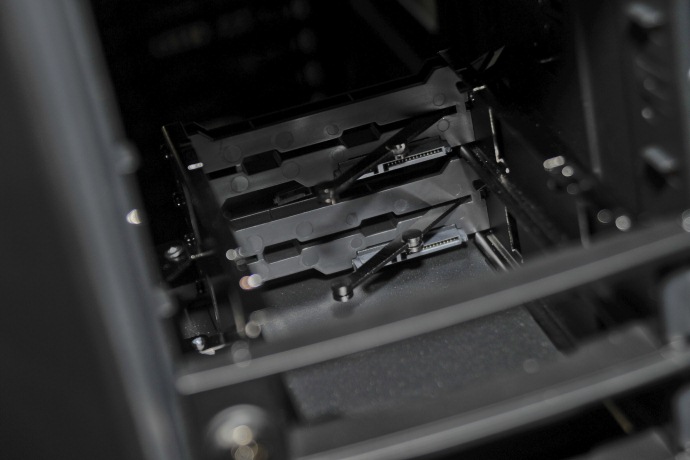 DVD burners and Blu-ray drives can be installed through the front of the case, too, but you'll need to open up the side panel to release the spring-loaded pin mechanism. Press it once to unlock, slide your drive into place then press it again to lock it in. 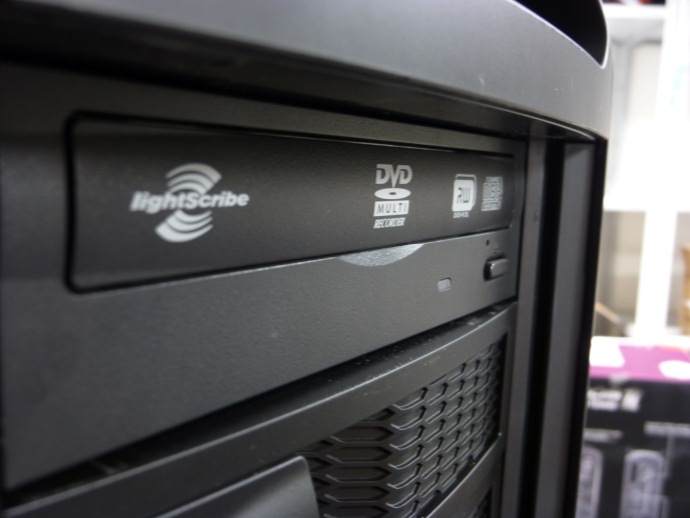 You can install the power supply through the rear of the case, and there is a soft pad for it to sit on so that it isn't flush against the metal. 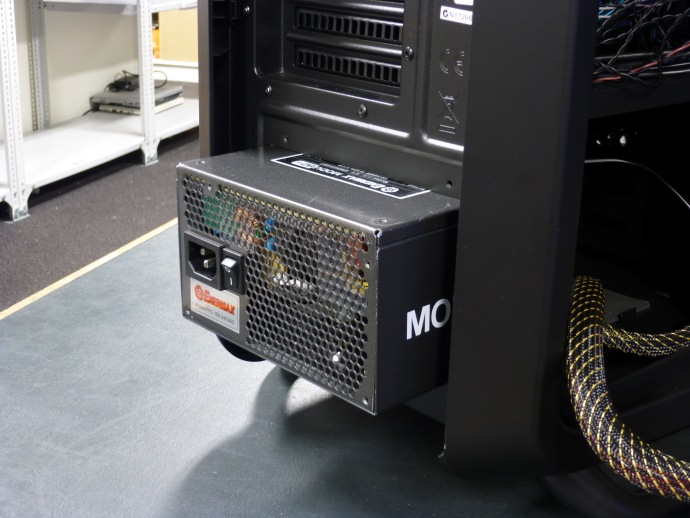 If you'll be ordering this case, you'll need to be prepared for the big box that will arrive, which is roomy enough to house a small person. The case itself is quite heavy at 22kg and may require some help lifting, so have some mates around just in case.

There is no doubt it's a good quality case and it offers a lot of room for those of you who want to install multiple graphics cards and loads of internal storage devices. It's logical to work on, it looks good and it has a comprehensive front panel that will no doubt take some time to hook up properly — we're still going.