If you want a small camera that has good manual features and can capture crisp, vibrant photos, the Canon PowerShot S95 is perfect. We absolutely fell in love with it during our tests and used it every chance we got. It's great for travellers and also for photography enthusiasts who want something that's easy to carry, yet will still let them to retain control over the exposure.

Canon's PowerShot S95 is a compact digital camera that's perfect for travellers or even photography enthusiasts who want a small camera with manual controls. It's very small, yet it's designed to allow you to change the exposure almost as quickly as you could with a digital SLR. If you don't want to change the exposure settings manually, the Canon PowerShot S95 has an auto mode and plenty of scene modes to help you get the most out of it straight away.

The S95 is the type of compact camera you buy when you absolutely must have something that will be very easy to carry around, yet also be capable of capturing very good quality images at a moment's notice. We think it's perfect to take on vacation or on a work trip as it can be used effectively in all kinds of lighting situations.

It has a 10-megapixel CCD sensor, but at 1/1.7in, it's slightly bigger than the CCD sensor in a typical compact camera such as the Canon PowerShot SX210 IS, which has a 1/2.3in sensor. The S95 has the same sensor size as other advanced compact cameras such as Samsung's EX1, but it's a smidgin smaller than the 1/1.63in sensor that can be found in Panasonic's LUMIX DMC-LX3 and LX5. The slightly larger sensor allows more light to be captured, which means that overall the camera can produce more vibrant images than a typical compact.

Sitting in front of the sensor is a 28-105mm zoom lens with an aperture of f/2.0, which is nice and wide for capturing images in low-light situations. It closes to f/4.9 when you zoom in all the way, and the smallest size you can use is f/8.0. Its star-shaped diaphragm renders lights with a lovely star burst–like effect, which can look good when capturing reflections during the day and streetlights during the night, for example. 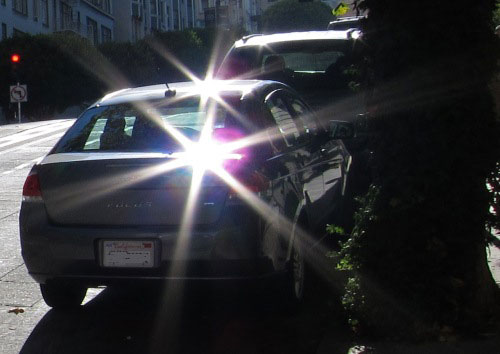 The lens' diaphragm renders lights and reflections with a lovely star burst shape.

The camera's shutter speed isn't overly quick; it only goes as fast as 1/1600th of a second, but it can slow down to 15sec for night shoots. We would have liked it to shut at least as fast as 1/2000th of a second, which is a speed that most compacts can achieve. Still, this isn't too much of an inconvenience and we had no problems using the S95 on very bright days. At the other end of the scale, we would have liked the shutter to be able to stay open for a least one minute for tasks such as capturing lightning or fireworks at night. (There is a fireworks scene mode, but it only keeps the shutter open for two seconds.) 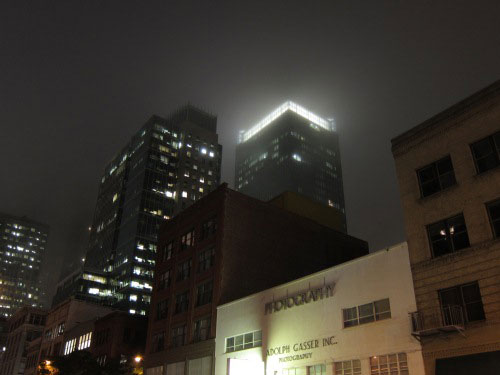 A night scene as captured using aperture priority mode with a aperture of f/2.0 and an ISO of 100.

Image quality is very good. Pictures are captured clearly and with accurate colour tones; when it's in auto and semi-auto modes, the camera does a good job of properly exposing each scene. Even difficult scenes featuring both highlights and dark shadows were captured accurately. The camera has a good handle on noise up to around ISO 400, but we'd recommend using as low an ISO as possible, as pictures will start to look too grainy above that figure. With the wide aperture, a high ISO isn't always needed anyway.

Colours are rendered accurately and aren't overdone. This was taken in a shaded area. 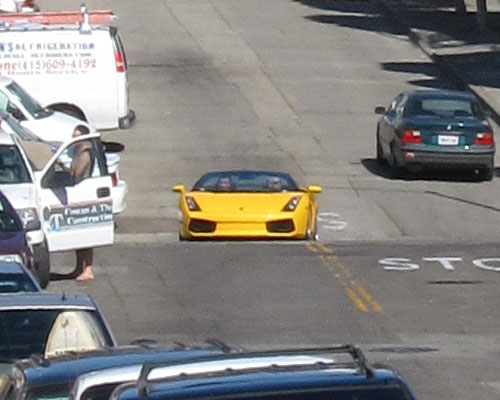 Even at their full size, images retain their clarity and you can make out fine details.

The S95 is accurate and versatile when it comes to focusing, but it's only accurate if you want to focus on a subject in the central parts of the frame. You can use tracking mode to lock on to subjects and then bring them to the side of the frame if you want to give your photos are more interesting perspective. This worked very well in our tests and we're also pleased with the amount of background blur that occurs with a wide aperture of f/2.0. 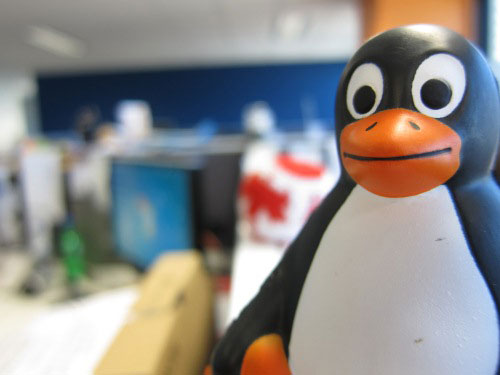 We used tracking mode focus to bring Tux to the right side of the frame. The camera kept focus even as we moved closer to him.

The PowerShot S95's physical features are what make it stand out from the crowd. The rotational control on the rear can be used to change the aperture and the ring around the lens can be set to change the function of your choice — you can set it to change the shutter speed, ISO, exposure compensation or focus. However, it's not very easy to use it for focusing; because the ring clicks as you move it, it has a fair bit of resistance that makes the camera move, and you can easily lose sight of what you're doing. We'd actually prefer it if the ring didn't click but instead moved smoothly.

The flash pops up automatically when you enable it and it can be closed by disabling it. You have to make sure your finger is not over it when it's invoked. There is no hot shoe on the S95, which means it can't take an external flash, nor does it have an electronic viewfinder. These are features that can be found in more expensive cameras such as the G11. To frame your photos you have to use the 3in LCD screen, which is very bright and relatively easy to view in bright sunlight.

It's hard not to like the Canon PowerShot S95. It feels solidly built and its manual features are easy to use for the most part. We love the focus tracking feature and the overall swiftness of the camera — it can take photos very quickly — and it has enough zoom range to be useful as a travel companion. We wouldn't change much about this camera except for its lens ring: we'd like it to turn smoothly without clicking. Overall, this camera is stunning. If you want a small camera that can take great photos and give you the opportunity to change settings, you should definitely consider it.