The Canon PowerShot G11 is a good camera, but it's not without its flaws. We wish it had sturdier buttons and that its zoom control was better. Photos are a little soft, but this camera is still capable of capturing some excellent pictures. It's a good choice for users who want full manual control but dislike the idea of paying over $1000 for a digital SLR kit.

The Canon PowerShot G11 is an advanced compact camera you can turn to if you don’t want to buy a digital SLR. Despite its small size, it has a lot of SLR-like features, such as the ability to change exposure settings on the fly. Of course you can’t swap out lenses nor manually zoom and focus the way you can with an SLR.

The G11 replaces the PowerShot G10 in Canon’s advanced compact digital camera range and while it has the same 28-140mm (35mm equivalent and a crop factor of 4.5) 5x zoom lens, it packs fewer pixels on the same-sized CCD sensor (1/1.7in). You get 10 megapixels with the G11, whereas the G10 provided 14.7 megapixels. This will only be a problem if you’re used to heavily cropping large images and want to retain better detail when doing so. For the most part, the smaller pixel count is a good thing. 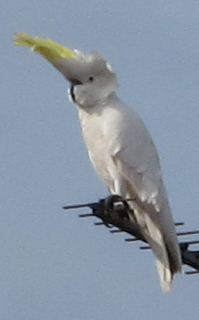 With the smaller pixel count, cropping photos closely to accentuate distant objects, for example, means that the objects will be smaller than they would if you’d taken them with a 14.7-megapixel sensor.

The reduction in pixels is meant to give the Canon PowerShot G11 better dynamic range and reduce noise when shooting in dim environments. With built-in optical image stabilisation, a large f/2.8 lens aperture and an ISO speed up to 3200, the indoor shooting capability of the G11 is very good. You can even hold the camera and take blur-free photos with a shutter speed as slow as 1/6th of a second.

Noise is barely a problem, even if you use ISO 3200. However, at ISO 3200 images will look paler and be a lot more feathered than at lower settings. The optimal setting is ISO 800 — the feathering and paler colours are not as pronounced. 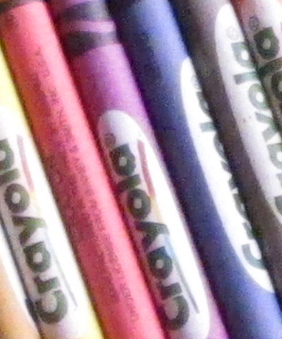 At ISO 3200, the images take on a very pale and feathered look, which is very noticeable in light colours and when the image is viewed in a large size. 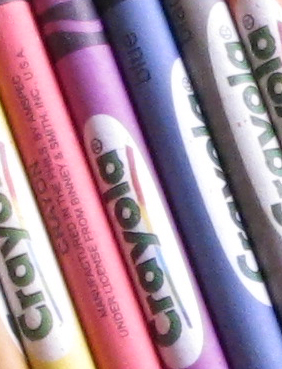 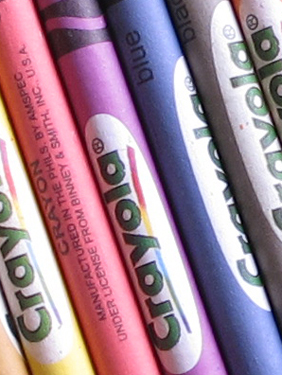 This is an example of the sharpest image you can get from the G11 at ISO 100. It’s a 100 per cent crop, yet you can see that the image is still very well defined.

Bright environments are also not a problem for the G11, as it has a maximum shutter speed of 1/4000 when you use a small aperture. The lens aperture only closes to f/8.0, which isn’t small enough if you want to get creative; for example, it will be difficult to take a shot of a moving stream in bright conditions while using a slow shutter speed to get a creamy-looking effect in the water. The aperture range will suffice for regular portrait and landscape shots.

The overall picture quality of the G11 is good, and its colours are accurate for the most part. We disabled the built-in colour filters for our test shots. 'Vivid', for example, made colours look oversaturated and unnatural. We also noticed a lot of softness and paleness in the shadowed areas of our shots. We had to adjust the levels during post-processing in order to give our shots a little more definition and contrast.

Chromatic aberration isn’t a problem with the G11’s lens, but its barrel roll can be very noticeable and annoying if you take wide angled shots of objects with straight lines. When you zoom in all the way, the barrel roll is nonexistent (refer to image 22 in the slide show).

Unlike the G10, the G11 features a pivoting screen. At 2.8in, it’s slightly smaller than the 3in screen on the G10, but it makes the camera feel a lot bulkier. However, the screen is very useful when you want to take shots from awkward angles. It can be a little hard to view in very bright conditions unless you shield it with your hands, but you can also use the viewfinder. Unfortunately, the viewfinder is not electronic and it’s not big enough to display the whole scene you will be capturing.

The screen doesn't have a very high resolution, so while you can opt to use manual focus (employing the scroll wheel), it will be hard to see if your object is completely in focus. We’d just stick to using autofocus.

You can also set the exposure manually by rotating the scroll wheel. However because it is attached to the five-thumb controller, you can inadvertently press one of the buttons and change settings you didn’t intend to change. As such, we wish the buttons felt a little more solid. The shutter button feels too spongy, too, with no distinct step to focus and then take the shot. We do like the ring around the mode dial, which allows you to quickly change the ISO, and the exposure compensation dial is also handy.

Another handy feature is the ‘star’ button. When you press it, it will select the appropriate aperture for your shot, even if you’re in manual mode.

The zoom lever is too small and it doesn’t give you enough fine control. There are approximately 13 zoom levels (28-140mm). Focusing is fast and we like the fact that you can select from up to 15 focus points on the screen simply by pressing a button on the body and rotating the scroll wheel.

The G11 has a built-in flash. It is largely ineffective in most situations, but there is a hot-shoe for an external flash.

While the Canon PowerShot G11 doesn’t have the ability to record high-definition video, it can still be used to capture 640x480 (VGA) footage for posting on social networking websites. The quality is decent and audio is very good; it will do a decent job of capturing some memories at a concert or festival.

This clip was taken from the back row of the State Theatre in Sydney during a performance by 1927. The lens is at its full zoom.

We like the overall picture quality of the G11, but it’s not perfect. Sometimes shots can look pale and have some haloing, while wide angle shots will suffer from barrel roll. The paleness is something that can usually be fixed with slight levels adjustment during post processing, and you can avoid barrel roll by not shooting at the lens' widest angle. We think the construction of the buttons could be a little more solid, and that the shutter button's two steps should be more distinct. The zoom could be better, too. Despite these drawbacks, the G11 remains a good, competitively priced option for anyone who wants full manual control, but doesn’t want to go for a digital SLR.