An excellent Canon digital camera with a touch screen 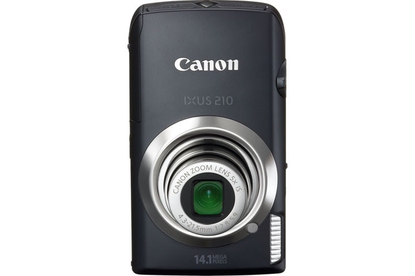 The Canon IXUS 210 IS Touch is one of the best point and shoot compact cameras currently on the market, and it's cheap too!

The Canon IXUS 210 IS Touch is one of the best and most intuitive to use compact digital cameras on the market at the moment. It's for those who want a light digital camera with a little bit of flair that's very solidly built and can take great pictures.

The Canon IXUS 210 IS Touch is incredibly lightweight and has a frosted metal finish (black, silver and pink models are available). The entire back of the camera is a 3.5in capacitive touch screen. Its predecessor, the Canon IXUS 200, used standard physical buttons.

It takes some time to adjust to a button-less interface, but Canon has made things so straightforward that within minutes we were utilising its features with ease. The interface is also amazingly user friendly; you can even adjust it so that icons on the screen appear where you want them. It gets even better: each setting has on-screen information that describes what it does and what different adjustments will do.

The feature-rich Canon IXUS 210 IS has 18 different shooting modes (customisable settings, too) so you certainly wont get bored mucking around with it any time soon. Notable scene modes include an intelligent auto scene selector, which takes the hassle out of trying to figure out which setting to use depending on your lighting conditions. There is also a setting that only takes a photo when the subject smiles or winks — it's great for taking self-portraits without a timer. The Colour Swap mode is a bundle of fun, too: point the lens at a colour, then choose a colour to replace the one you just selected. Sounds complicated, but it's incredibly simple. 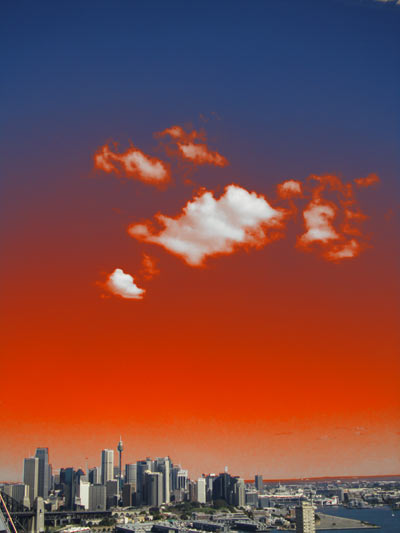 Using the Colour Swap mode to create an apocalyptic-looking sky!

A tilt-shift mode (a.k.a Miniature Effect mode), which is becoming increasingly popular in newer camera models, is among the plethora of features in the IXUS 210 IS Touch. There is also a fish-eye mode, but unfortunately it looks terrible.

The Canon IXUS 210 IS Touch takes excellent photographs. Colours are accurate (you can adjust their saturation, too) and there was little to no chromatic aberration present in photos taken in a range of different light conditions. Digital noise is also hardly noticeable in low light conditions, which just makes us want to make out with this camera on the back seat of a Toyota Corolla at the drive-in cinema. Well maybe not, but it’s a metaphor for how awesome this baby is!

The Canon IXUS 210 IS Touch sports video recording with a resolution of 1280x720pixels, which allows movies to be captured in high resolution with surprisingly good detail. Shooting at 30 frames per second results in smooth recording and the quality is great.

If you’re in the market for a feature-rich camera that takes great video, then check out the Canon IXUS 210 IS Touch. You can pick up the IXUS 210 IS Touch digital camera for under $500 at a number of shops, which we think is a bargain.